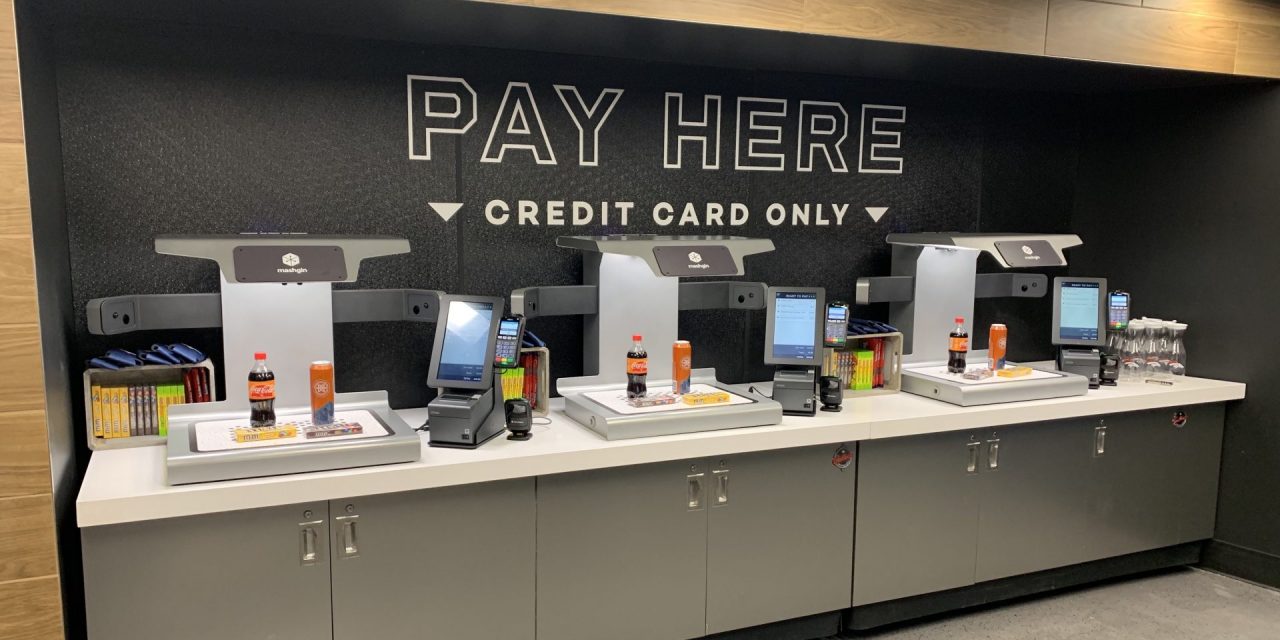 Walk Thru Bru with Mashgin Express Self-Checkout, Aramark Developed by Alicia Woznicki, Aramark vice president of design and development Photo: Courtesy Aramark Breaking the bar code with artificial intelligence Artificial intelligence is gaining momentum in sports concessions. Aramark has the technology in place at about 20 big league stadiums, and the feedback has been positive among fans demanding faster transactions so they can return to their seats and watch the game, company officials said. Mashgin, the company that Aramark partnered with to capitalize on the technology, produces a self-serve system with multiple cameras that uses artificial intelligence to quickly scan prices of food and drink items without barcodes and accept payment with credit and debit cards. Aramark has installed Mashgin units at seven NFL venues for the 2019 season after first testing it about 16 months ago in Major League Baseball. In Denver, it plays a key role for Aramark as […]
To access this post, you must purchase Subscribe to VenuesNow – 1 Year, Subscribe to VenuesNow – 2 Years or Subscribe to VenuesNow – 3 Years. If you are already a member of VenuesNow, please login here: log in