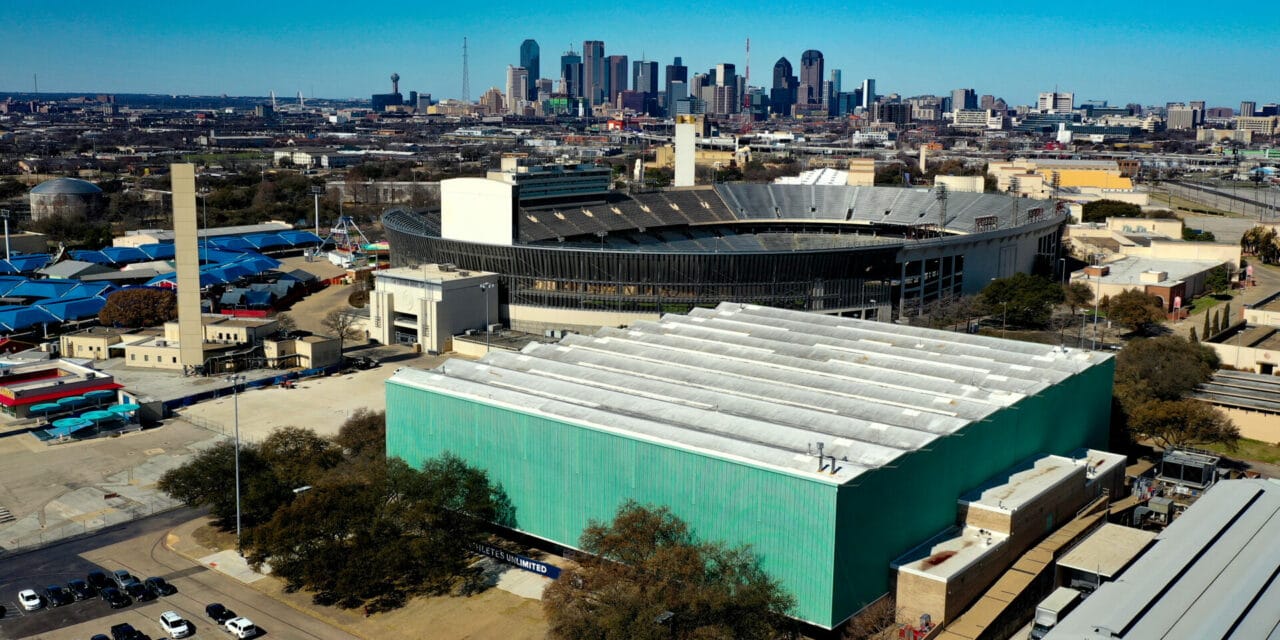 BACK IN THE SADDLE: Fair Park Coliseum, the green building shown here, is booking concerts again after an initial $13.5 million in renovations were completed. (Courtesy Fair Park)

The modernization of historic Fair Park is taking shape in Dallas, starting with Fair Park Coliseum, which has returned to hosting concerts after an initial phase of renovations to the 63-year-old arena.

OVG360, the newly-rebranded private management firm, runs the 277-acre property, home of the State Fair of Texas, after acquiring Spectra in December. OVG360 works closely with Live Nation to promote concerts at the facility with 8,500 capacity for end-stage shows. (Live Nation runs the Dos Equis Pavilion, an amphitheater on the Fair Park grounds).

On Feb. 26, Ghost and Volbeat performed a sold-out concert at Fair Park Coliseum. The event grossed $384,906 in ticket sales with attendance of 6,844. It’s the first of many shows planned for a venue that enjoys a rich history dating to performances by Led Zeppelin, The Doors, The Animals, Ten Years After and Blood, Sweat & Tears, among others.

The arena opened in 1959 and its first concert was Herman’s Hermits on June 16, 1966. Over the past 20 years, it’s been mostly inactive as a concert facility due to the lack of amenities and deferred maintenance of the aging building’s infrastructure, said Scott Norton, Fair Park’s assistant general manager of booking and marketing.

“Now that the first phase of construction is done we’re getting a lot of inquiries,” Norton said. “It’s a cool story. We have kind of a blank slate to work with … no suites, no advertising, not even a loading dock.”

The $13.5 million currently invested in coliseum upgrades are just one piece of a comprehensive makeover of the complex that extends to 92,100-seat Cotton Bowl Stadium, the centerpiece of Fair Park.

For the stadium alone, the plan is to transform three to four levels of the tower building constructed a decade ago into new premium seat inventory with suites, said Peter Sullivan, Fair Park’s general manager. Expanding concourse width, new LED sports lighting and a new freight elevator are also in the mix.

“We’ll know a lot more in the next four months,” Sullivan said. “It’s dramatic and iconic from the standpoint of having an older building (built in 1930) that’s going to function better such as the Rose Bowl and Michigan Stadium. I’ve been in both of those venues when they were terrible,” prior to being renovated.

All told, OVG360 has identified about $325 million in capital improvements to the 31 buildings across Fair Park. It’s all contingent on funding tied to a public vote in November on the Brimer Bill, which revolves around a proposed 2% increase in hotel taxes to help pay for construction.  The total cost of coliseum and stadium upgrades and the timeline for those projects will depend on Brimer Bill funding, Sullivan said.

Fair Park Coliseum renovations completed over the past two years focused on new seating, reconstructed concession stands and restrooms and updating the arena’s mechanical, electric and plumbing systems. Those upgrades were funded by a city bond issue and an investment by Spectra on the food side, Norton said.

Ultimately, the goal is to reconfigure the seating bowl into a horseshoe design similar to many arenas, which is key to attracting more concerts, Sullivan said. 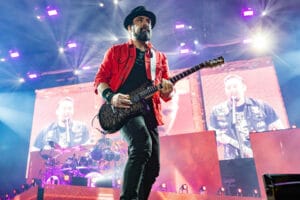 As it stands now, patrons can’t get from one side of the coliseum to the other without walking outside the facility. The plan is to push the arena’s glass walls outward to match an overhang to create a new concourse that’s 12 to 15 feet wider and will connect the entire seating bowl, he said.

New premium seat options for the coliseum designed by Overland Partners could potentially feature theater boxes, which are small groups of seats supported by dining space and a big trend at NBA and NHL arenas.

Overall, the coliseum has good bones and some improvements have been made to the existing rigging structure, which is strong enough to handle most touring productions, Sullivan said.

The Ghost/Volbeat route covered multiple big league arenas. In Dallas, the 10-truck production was a large show for the coliseum, whose capacity could expand to 9,000 after all renovations are completed.

“It’s been called a large nightclub, which it’s not,” Sullivan said. “There’s not a bad seat in the house. It’s a nice room and we can do a lot of different types of shows there. The state fair uses it for dirt events.”

Apart from concerts, the coliseum is currently hosting the second season of Athletes Unlimited, the first-ever women’s indoor professional volleyball league established in 2021. The five-week season runs through April 16. Tickets cost $10 to $50 a person per event.

The first season, with no fans in attendance, was sponsor-driven and broadcast on cable television. There are talks about bringing Athletes Unlimited women’s pro basketball to the coliseum next year, Sullivan said.

“It’s not as sexy as doing Robert Plant, but it’s a two-month rental,” he said. “They play matches three days a week, plus practices. It takes up the entire floor of the coliseum. We negotiated a deal that’s good for both of us. Hidden in that, if we were to miss a window for a concert, it would be unfortunate, but we’re doing fine.”