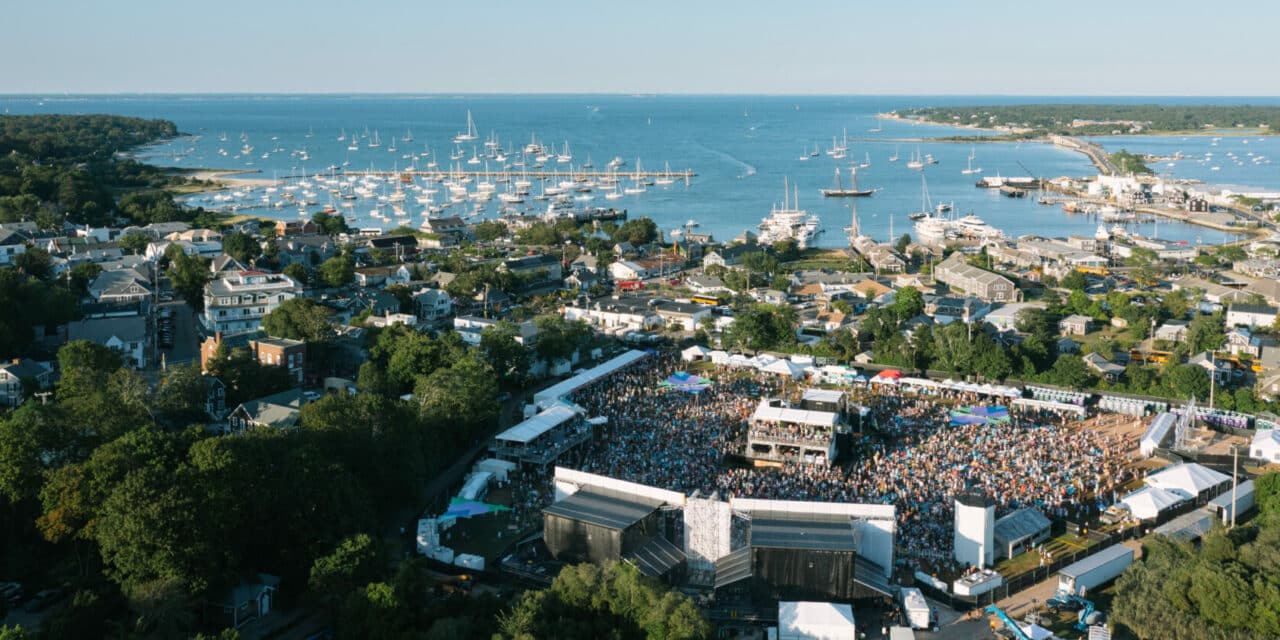 ON AN ISLAND: Beach Road Weekend on Martha’s Vineyard was a major endeavor, with 11,000 fans per day and nearly all staging and concert gear ferried in from the mainland. (Loch & Key)

Many music festivals have turned plots of land or otherwise unused spaces into destinations. Beach Road Weekend has done nearly the opposite, bringing a full three-day music festival to the affluent summer colony and tourist destination of Martha’s Vineyard.

Slight problem: it’s on an island.

“Infrastructure does not exist on the island,” says Innovation Arts and Entertainment CEO Adam Epstein, whose company launched Beach Road Weekend on Martha’s Vineyard in 2019. “There’s no Walmart, there’s no Home Depot. If we want something for the festival, we have to bring it over and we have to do it via the ferry. Staging, sound and lights, video, the bands themselves, all that needs to come over on a ferry that is immense.”

Far from the usual quaint vessels used to take sight-seers across bodies of water, these steamships handle semi-trailers without a problem. However, with a 1.5-hour round trip from the mainland to the island and back — and 200 round trips worth of gear required to stage Beach Road Weekend — the logistics involved are anything but routine.

“It’s the intimate knowledge that we have of how to work with the steamship, how to get cargo on and off, how to make it happen and feel seamless where the bands do not feel any stress,” Epstein says, “Tell every band that they’ve got to take a boat. We know it and we know how to make it work. I’d invite anybody else to come give it a go.” 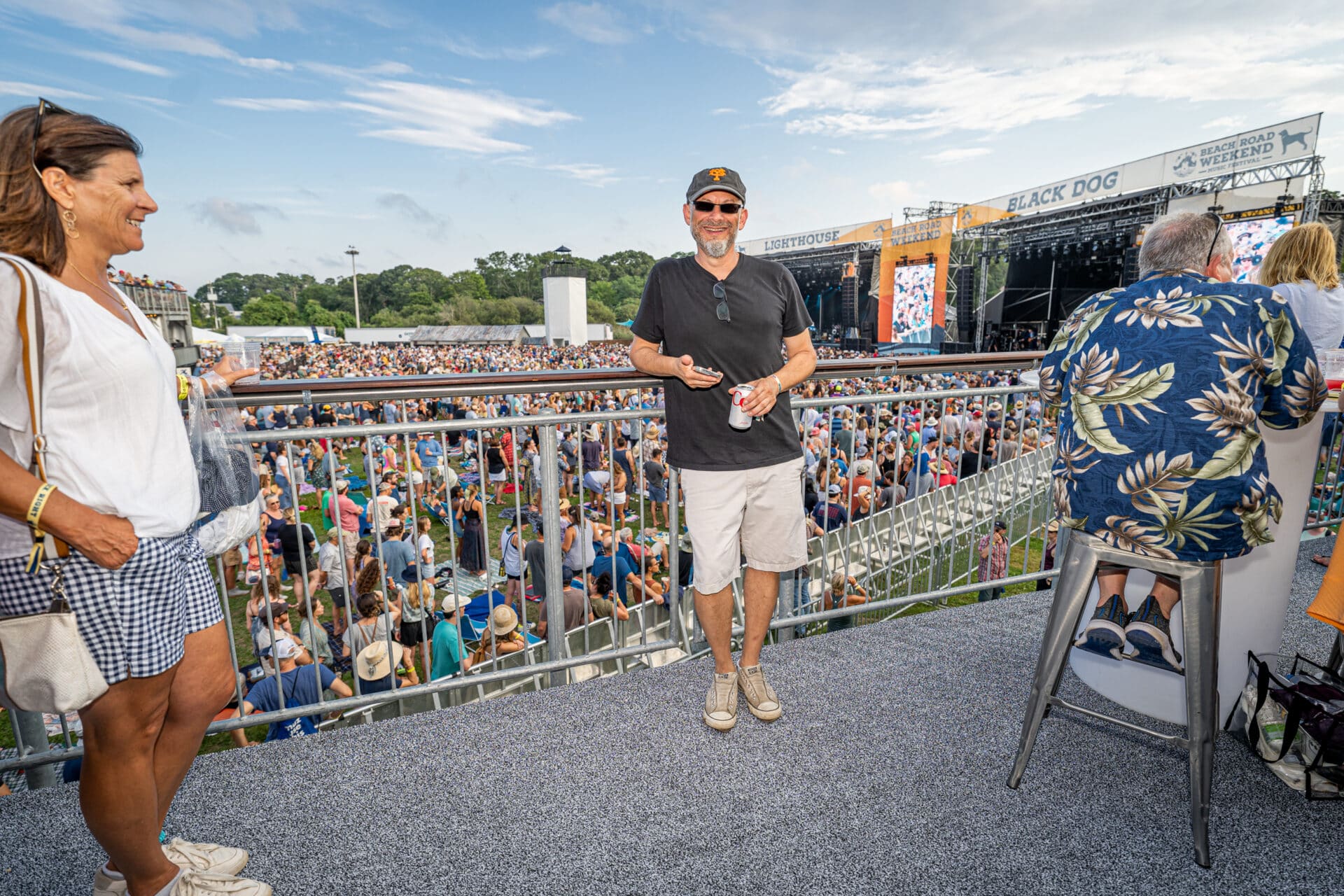 Home Field Advantage: With extensive background at Martha’s Vineyard, Innovation Arts & Entertainment CEO Adam Epstein says he dares anyone else to try to pull off a music festival on the tourist destination just south of Cape Cod in Massachusetts. (Jeremy Driesen)

Epstein started Beach Road Weekend in 2019, which he called a modest event mostly trying to figure out logistics and prove the concept of a music festival at the site. That festival included notable touring artists in John Fogerty, Grace Potter, Phil Lesh, Dispatch and many others, but always with the idea of expanding to a 10,000-plus capacity, three-day major event. Epstein has extensive experience at Martha’s Vineyard, starting a concert series there six years ago to try to bring live music back to his college days, with popular and active venues such as The Hot Tin Roof, partly owned by Carly Simon.

“We started doing concerts on the island just to see if there was still interest there,” Epstein said of the location, which can balloon to a population of 120,000 people despite just 17,000 residents. “The more we did, the more success we had, so it was clear that there was room to create some sort of big event that the island could celebrate.”

While the size of the island is a limitation, it lends itself to a comfortable environment with top-notch talent.

“The site itself is about almost 300,000 square feet total, and that’s it,” Epstein says. “That includes backstage entry, gates, everything has to fit within that footprint. We could pack another 5,000 people in, but we kept it to 11,000 people. By design, we want it to be the kind of festival where people could chill out, relax, enjoy a great day under the sun, and check out some great music in a casual, easygoing environment. And that’s really what we got.” 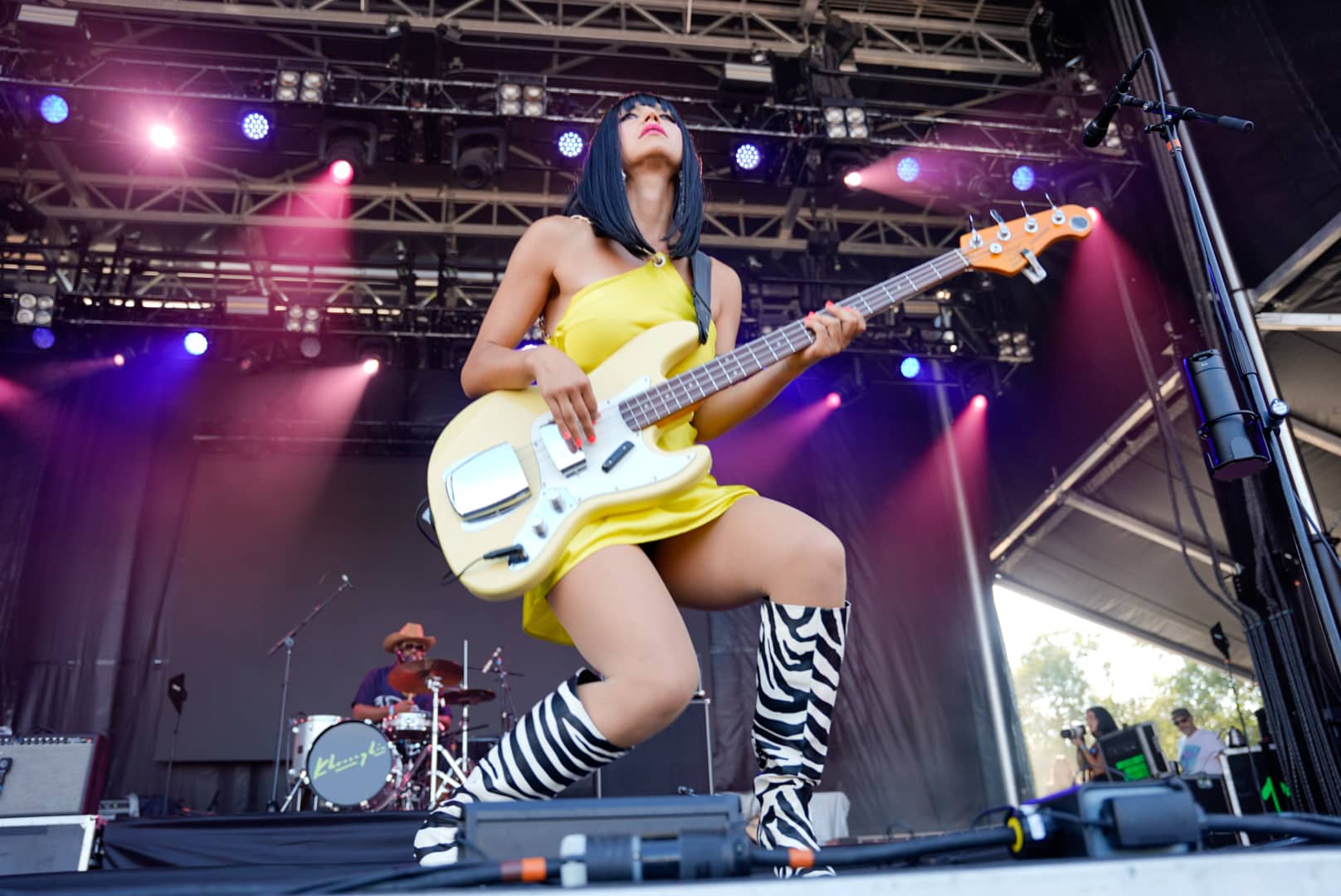 What they got — or created — was three days of music Aug. 26-28, topped by Beck, Wilco, The Avett Brothers, Khruangbin, Jason Isbell, Lord Huron and Billy Strings. Torrential rains came down after the Avett Brothers’ closing set, which forced a slight delay to Saturday’s opening and a few artists’ sets being scrapped while the site was cleaned up. Epstein says it ended up being a minor blip, all things considered.

“We got an inch and a half of rain in about 90 minutes to two hours, and it was pretty crazy,” Epstein said. “But it couldn’t have gone better considering how bad it really got from a torrential rain perspective.” Fans attended from all 50 states and six countries, Epstein said, with 40% of ticket buyers either from the island or being seasonal summer residents. Innovation continues to put on a smaller-scale concert series at indoor venues on the island as well, which this summer included artists such as Graham Nash, The Indigo Girls, and Guster. Those venues also hosted Beach Road Weekend after-parties with artists including Guster and Sammy Rae & Friends, among others.

While 2020 was a killer, and 2021 still wasn’t the right time to stage Beach Road Weekend again, Epstein said 2022 was a rousing success and he looks forward to continuing to develop Beach Road Weekend into an efficient, profitable event.

“We count on the ticket sales, of course, we count on the food and beverage and sponsors, and it all comes together and in a nice way where there is most definitely a financial model where this can work,” Epstein said, noting the first couple years of a festival are typically considered an investment.

Rising costs and inflation were a challenge, with many skilled workers and laborers needing to be housed on the island and adding greatly to the expense. “Now, we’re confident enough in the market and the uniqueness of this particular event that we are definitely coming back for 2023,” he said. “The buzz was incredible. The artists had a great time, the management, agents, everybody that came out and saw it was impressed. The audience had an incredible time. You know, it really could not have gone better.”