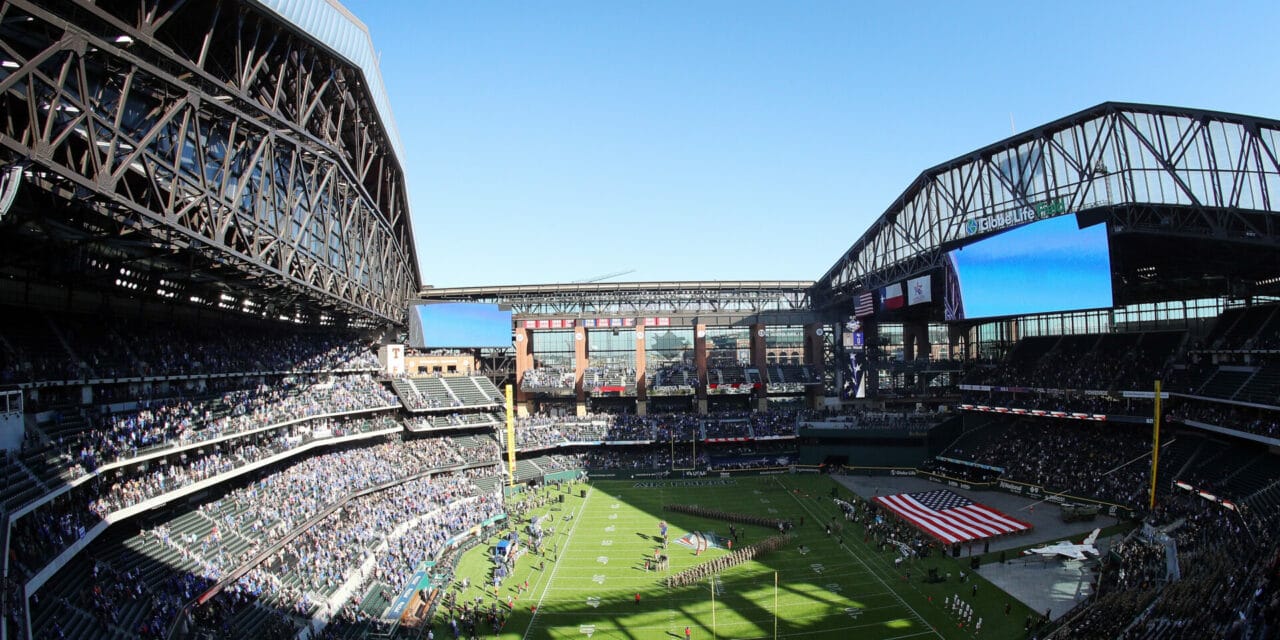 “Bout at the Ballpark” is a wrestling bonanza

Globe Life Field’s bid to host the NCAA wrestling championships was unsuccessful, so the stadium booked the next best thing — the sport’s two most storied college programs.

“Bout at the Ballpark,” featuring host school Oklahoma State and the University of Iowa, takes place Saturday at the Texas Rangers facility. In addition, Team USA men and women will wrestle international competitors.

As of this week, about 10,000 tickets were sold for the event in Arlington. Officials hope with a late push, they can get close to 20,000 in the building, said Sean Decker, the Rangers’ executive vice president of sports and entertainment.

Decker wears a second hat at the venue. He’s president of Rev Entertainment, a separate company the Major League Baseball team formed in August to book special events at the 40,500-seat ballpark.

Since it opened in the first half of 2020 during the pandemic, Globe Life Field has played host to professional rodeo, college football and college baseball, as well as stadium concerts, and of course MLB games, including the 2020 World Series.

Bout at the Ballpark is the latest example of the Rangers getting creative to keep the stadium busy and generate revenue apart from baseball. That’s what drove the launch of Rev Entertainment, Decker said.

“We’re working aggressively to make sure if there’s not a baseball game going on, there’s another world class event,” he said.

The wrestling event came to fruition after discussions between Rev Entertainment and Oklahoma State athletic director Chad Weiberg, a friend of Decker for several years dating to the AD’s tenure at Kansas State.

Weiberg is familiar with Globe Life Field after OSU played in the 2020 Big 12 baseball tournament at Globe Field, followed by a game against Louisiana-Monroe in February 2021.

At one point, Weiberg called Decker and asked if the Rangers had ever thought of producing a wrestling event at the ballpark.

They had thought of it. A few years ago, the team submitted a bid for the NCAA wrestling championships for the most recent cycle, which runs from 2023 to 2026. The stadium was not selected as one of the host venues. Instead, the NCAA picked arenas in Tulsa, Kansas City, Philadelphia and Cleveland for the next four years.

(In 2020, U.S. Bank Stadium in Minneapolis was set to become the first stadium to host the NCAA wrestling championships but the event was canceled due to the pandemic).

Officials in Arlington were undeterred. They remained bullish about producing an amateur wrestling event.

“I wrestled in middle school in Ohio and know how big it is in so many places in the country,” Decker said. “We got excited about the idea.”

On their own, the two schools are familiar with competing in a stadium setting.

In November 2015, Iowa beat Oklahoma State at Kinnick Stadium in Iowa City before 42,287 fans, a record for an outdoor wrestling event. It took place before Iowa played a Big Ten football game that night at Kinnick. 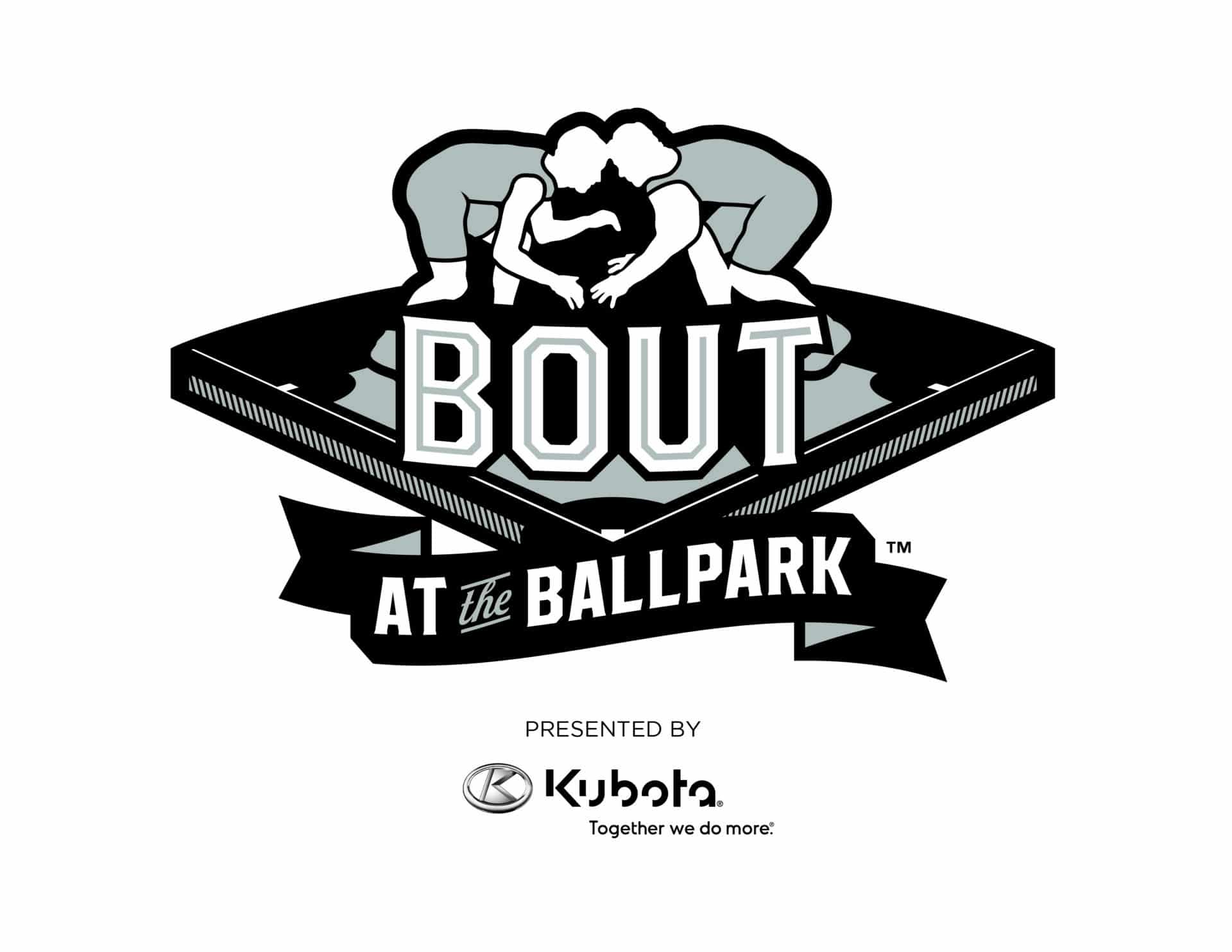 At Globe Life Field, the international component was added to the event after Decker discussed the possibility with USA Wrestling executive director Rich Becker.

“Talking to those guys, we thought about doing more than just OSU-Iowa and what that would look like,” Decker said. “It kept growing and we were able to put together a great event celebrating the sport of wrestling. Iowa coach Tom Brands called it a wrestling bonanza.”

Rev Entertainment invested hundreds of thousands of dollars to produce Bout at the Ballpark, which included paying travel expenses for Oklahoma State, which moved the home match from Stillwater to Arlington, Decker said.

The 17 freestyle matches and one Greco-Roman match will take place simultaneously on two mats set up on Globe Life Field’s event floor. Iowa-Oklahoma State will follow at about 8 p.m.

Tickets cost $15 to $250 a person. The high-end price covers the cost of food and drink, seats on the floor and other perks.

All matches will be shown on multiple video boards and broadcast live on FloWrestling, Rev Entertainment’s media partner for the event.

The retractable roof will be closed. Decker said a lighting truss as part of the event rigging system will provide a special effect for increased production value.

Kubota, a farm equipment company and an existing Rangers partner, is the event’s presenting sponsor.

What’s next for Globe Field Field? Decker is targeting World Wrestling Entertainment shows plus returning events in college sports, where the ballpark has found its niche over the past two years.

In addition, Globe Field Field has three 2022 stadium concerts: Elton John, the Red Hot Chili Peppers and Motley Crue/Def Leppard/Poison/Joan Jett, which had been postponed since 2020 due to the pandemic.

The ‘80s hair metal band package has been sold out since tickets went on sale in 2019, Decker said.

Elton John and the Chili Peppers are both tracking toward sellouts with 30,000 tickets sold to date.

A handful of other artists are working on stadium routes that aren’t confirmed yet and the Rangers and Rev Entertainment hope to be in the mix for those dates,  Decker said.

All those special events also drive traffic to Texas Live!, the bar, restaurant and hotel complex next to the ballpark. The Rangers are partners with the Cordish Cos. in that development.

“Our goal is to continue to do more things,”  Decker said. “When the greatest promoters in the world are searching for venues to host their events, we want Globe Life Field to be among the first to come to mind.”