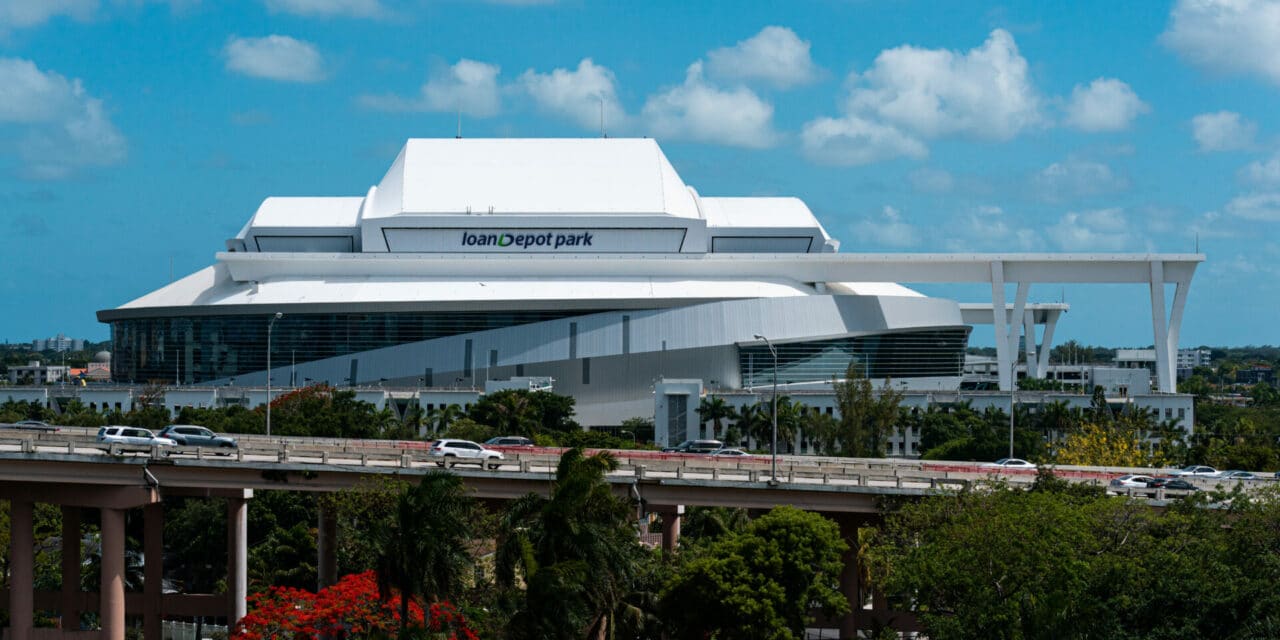 A general view of the exterior of loanDepot in Miami, Florida, on June 8, 2021. (Larry Marano/Getty Images)

Venue joins forces with nine others

By joining the invitation-only alliance, loanDepot park can avail itself of booking-related consulting service and leverage OVG’s relationships throughout the live entertainment industry, including among artists, managers, agents and promoters.

The Populous-designed stadium, built at a reported cost of $624 million, is due to host Ye’s Donda Experience on February 22.

The Stadium Alliance was formed by VenuesNow parent company OVG in 2015 to help member venues maximize revenue by bringing in concerts and special events.

OVG’s Arena Alliance, a division of OVG, is a collection of the top 32 venues in North America that provides a platform for booking, content, and sponsorship sales opportunities.

Originally known as Marlins Park when it opened in 2012, loanDepot park, which has a retractable roof, sits on the Little Havana site of the former Orange Bowl stadium.