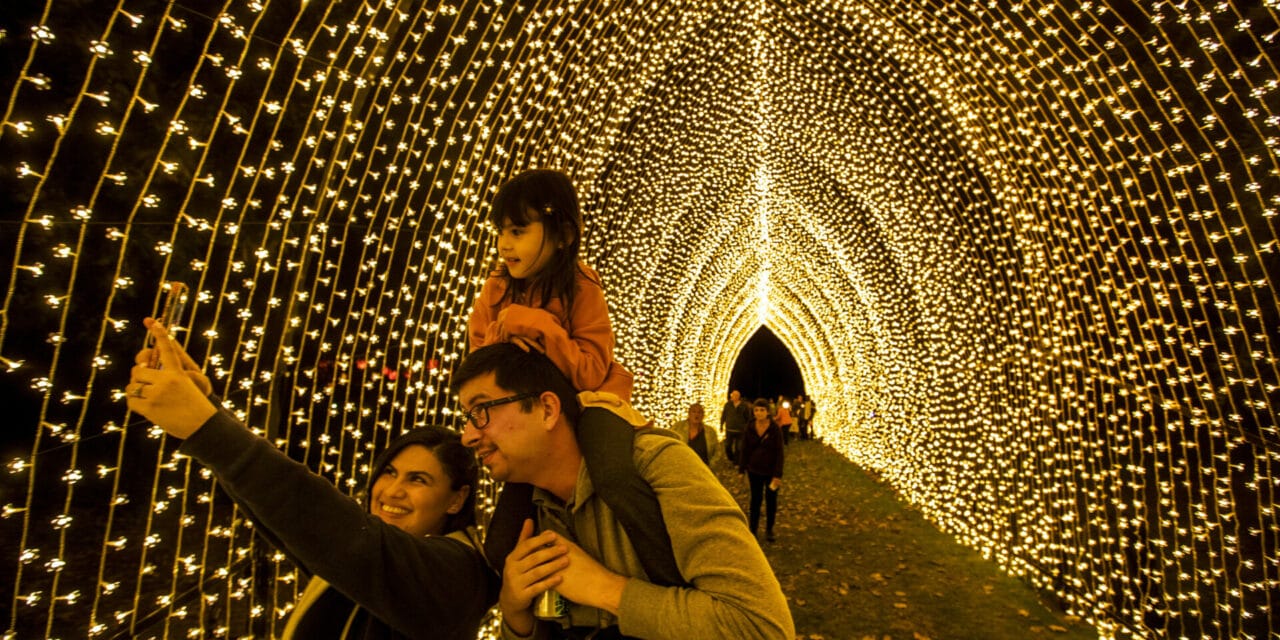 CATHEDRAL OF LIGHTS: The Los Angeles Arboretum was among five venues to host Lightscape in 2021. Arny Granat produces the event. (Getty Images)

Granat, 74 and a lifelong Chicagoan, is co-owner of the Big Apple Circus with Canadian promoter and former Live Nation chairman Michael Cohl and Nik Wallenda, part of the famous Wallenda family highwire act.

This fall,  Granat is co-presenting a new magic show with professional magician David Blaine, showcasing mind reader Asi Wind. Blaine and Wind are good friends. The event opens in September in New York at a small venue near Washington Square. As of late June, the facility and dates had not been announced.

“Asi Wind is an awesome talent,” Granat said. “I’ve done magic myself for 60 years. I would’ve been a professional, but couldn’t make any money.”

He’s done pretty well generating income over the past 50 years, most of which were spent as co-owner with Jerry Mickelson of Jam Productions. While still at Jam, Granat formed Grand Slam Productions, whose name reflects the National Baseball Hall of Fame tour he promoted in 2014 in partnership with MLB.com. 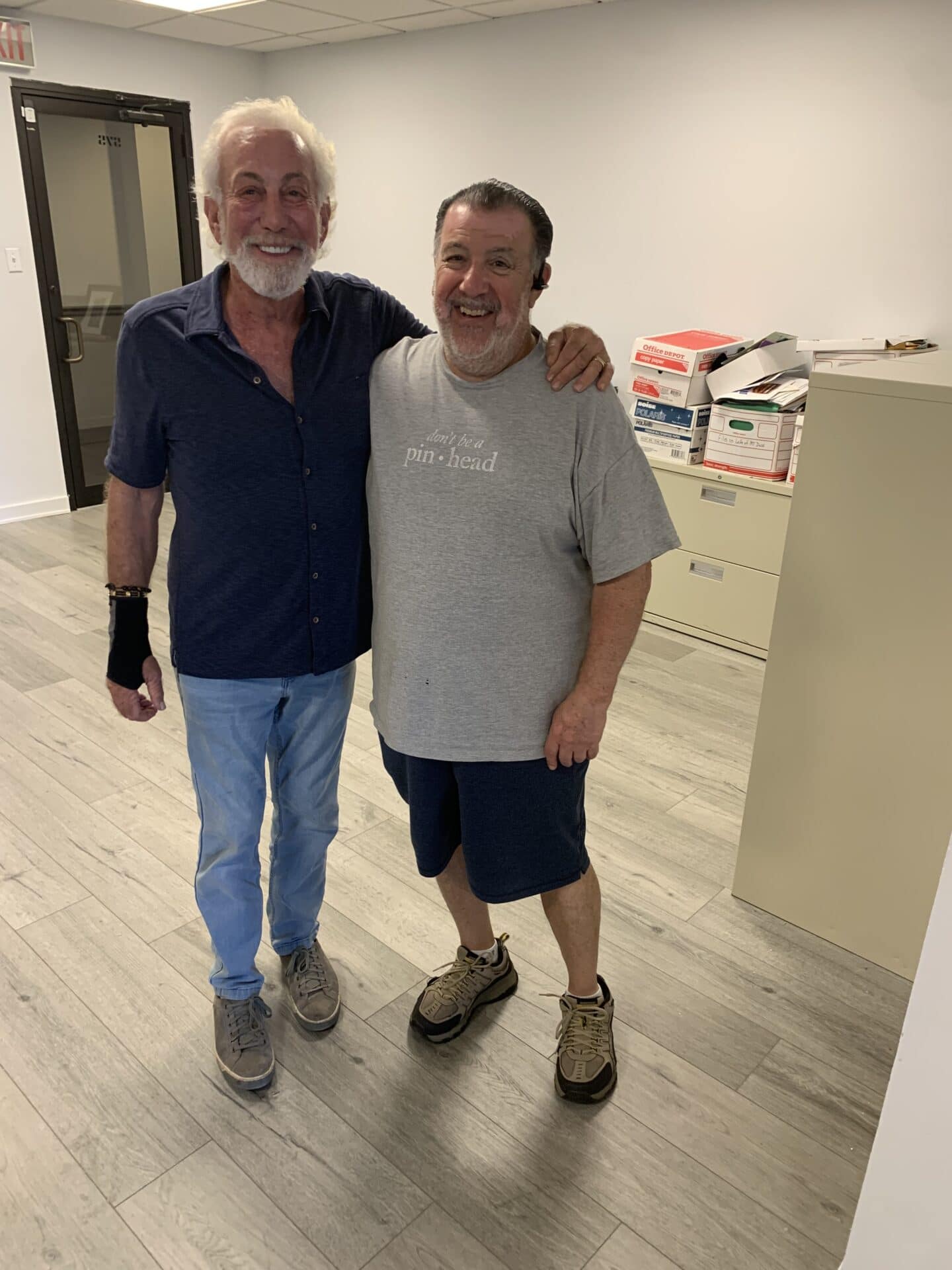 CHICAGO STYLE: Arny Granat, left, and Scott Gelman, are back working together after both left Jam Productions. (Don Muret/Staff)

“As always, we’re trying to find a niche because AEG and Live Nation are the two promoters of major talent,” Granat said. “Fortunately, many years ago, I saw it happening and formed Jam Theatricals with Jerry and Steve Traxler. We did The Body exhibitions that toured the U.S. I later sold my interest in Theatricals (now owned by The Nederlander Organization). Luckily, I had this light show.”

Lightscape, which Granat describes as a “light show on steroids,” started in the United Kingdom as a division of Sony. Granat and David and Winston Simone, his partners in that venture, signed a deal with Sony to bring the production to the U.S.

This year marks the fourth edition of Lightscape, which launched in 2019. The 2022 route, set for early November through early January in most markets, takes place at botanic gardens and arboretums in Chicago, New York, Los Angeles, Houston and San Antonio, plus new stops in Fort Worth and San Diego. Adult admission runs about $30.

“We’ll probably do one million in attendance this year,” Granat said. “The pandemic worked in our favor because there were no shows to go to, no family events and it was outdoors. You put all that together and the key to anything is still execution. Every market was different with protocols. In year two, our capacity had to go down by almost 30%. Last year, we raised capacity and this year again.”

Over the past year, Granat, Cohl and Wallenda resurrected the Big Apple Circus after the company filed for bankruptcy in 2017. It’s an outdoor show with 1,200 capacity under the big top. This fall, the circus returns to Lincoln Center in New York after completing a seven-week run there in early January. The production starts Nov. 11 and will continue through early January 2023 if it does well, Granat said.

“We hope to bring it to other markets, which we’re exploring now,” Granat said. “It’s a combination of the old and new, but more theatrical. Nik and Phil McKinley, our director, help decide which acts to bring back.”

Granat and Wallenda have known each other for several years, doing business together tied to Wallenda’s death-defying feats internationally.

In 2014, Granat, through his connections with Chicago’s political leaders, helped broker a deal for Wallenda’s high-wire walk between Marina City’s west tower and the Leo Burnett Building in the city’s Loop. The event was broadcast live on The Discovery Channel.

“Nik had always wanted to be an owner of a circus instead of just performing,” Granat said. “We became good friends and joined Michael Cohl years later to purchase the circus.”

The pandemic, inflation and an increase in crime and mass shootings nationwide has all led to ticket sales falling 20% across the board since venues reopened last year. More people are hesitant to enjoy a night out, Granat said, and all everybody can hope for is that things will change and leaders in federal government provide the hope, faith and direction to change what’s going on in the U.S.

“We can do a show with 17,000 people and they say, ‘Arny, you’re making so much money, it’s great.’ I point up (to the upper deck) and say, ‘See those 300 seats up there? That’s my profit and they’re empty,’” he said. “Costs have gone up and the artists are charging us more money. We’re doing the best we can and let you be the judge. We put tickets on sale and hope you buy them.”

In Chicago, Granat and Mickelson compete against each other to a certain extent but they have mutual respect after being business partners for five decades.

“We both compete against mega companies generating billions of dollars,” Granat said. “Jam has a great reputation in the marketplace with venues 4,000 seats and lower. The world has changed. I get what I can get.”