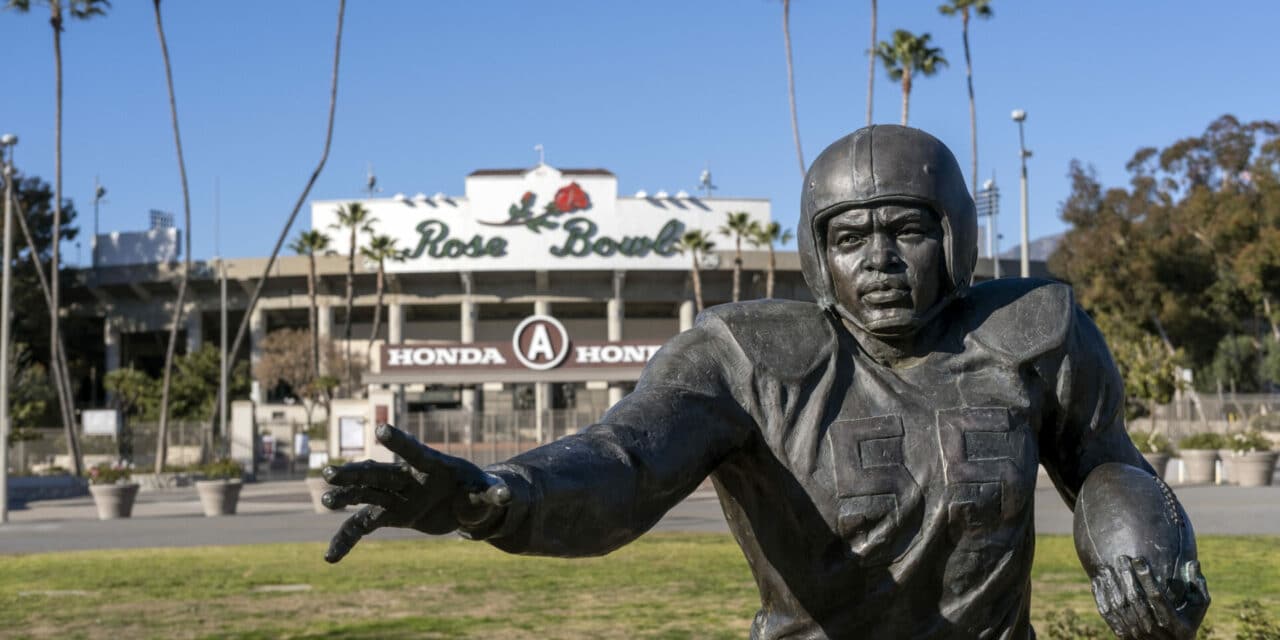 Focus on festivals in competitive market

Rose Bowl Stadium’s new general manager and chief executive officer Jens Weiden is proud to carry on the vision of Darryl Dunn after he stepped down from that position at the 92,000-capacity facility.

“I’m honored to build upon the 27-year legacy that Darryl established, supported by an unbelievable team of professionals throughout the organization,” said Weiden. He starts July 1 after serving as the venue’s chief revenue officer.

“We will work collaboratively with the mayor, city council, city manager and all Pasadena residents to ensure that the Rose Bowl campus remains a world-renown destination and point of pride for the community,” Weiden said.

This year marks the first non-football event inside the stadium since the shutdown of live entertainment in March 2020, an international soccer match between Real Madrid and Juventus on July 30.

“We have other event announcements coming up soon, as well as our exciting festival lineup in partnership with AEG and Goldenvoice,” Weiden said. “Our festival business is an example of the types of events going forward.”

Those events, some taking place inside the stadium and others at the adjacent Brookside Golf Club grounds, include Palomino Festival, headlined by Kacey Musgraves, Willie Nelson and Family and Jason Isbell and the 400 Unit; Head in the Clouds Music & Arts Festival and This Ain’t No Picnic with The Strokes and LCD Soundsystem.

Weiden acknowledged that the Rose Bowl sits in the country’s most competitive stadium market. He’ll focus on the aspects that sets the stadium apart from SoFi Stadium, Los Angeles Memorial Coliseum, Dodger Stadium, Dignity Sports Park and other outdoor venues in Greater Los Angeles. Most promoters are now booking stadium concerts at SoFi, the newest venue in town that opened in 2020.

“We have an amazing setting,” Weiden added. “Many know us as a historic stadium, but we manage close to 300 acres of beautiful parkland around the stadium. Leveraging that space, and our setting, put us in a league of our own.”

Weiden was raised in Sandpoint, Idaho, a small town of 6,000 in the northern area of the state. He attended St. Mary’s College of California, where he played two seasons of baseball. He wrapped up his college sports career playing rugby.

He continued his love of baseball by working with Giants Enterprises as marketing manager, promoting all non-baseball events at AT&T Park, now Oracle Park, home of the San Francisco Giants.

Managing sports facilities wasn’t something he planned to pursue as a career.

“My path is unique and probably difficult to replicate for someone graduating now,” Weiden said. “I say all the time that this industry found me, and not the other way around. However, I use the principles that I learned playing sports every day. In my new role here, we will only be successful if our entire group believes in what we are doing. Like a good coach, I hope to help us define that direction for our business and put the right people in positions to make that vision a reality.”

Dunn has yet to announce his future endeavors. In the meantime, he’s serving as a mentor during Weiden’s transition.

“Jens has a great entrepreneurial mind,” Dunn said. “Revenue growth will be a focus and that’s his greatest strength. We’ve seen a lot of success in that area. Jens and the other leaders of our team, Dedan Brozino (chief development officer) and others, have done amazing work together. They’ll hold the Rose Bowl to great success going forward.”

This year marks the Rose Bowl Stadium’s 100th anniversary. Weiden called it a critical time for the venue.

In a previous interview with VenuesNow, Dunn said more renovations are required to keep the building on par with newer stadiums in terms of fan amenities. To date, the scope of those upgrades have not been announced. Six years ago, the Rose Bowl opened a new tower with suites, club spaces, and a new and bigger press box, in addition to expanding the stadium’s concession stands and restrooms. The total project cost was $183 million.

“It will be important to focus on listening to stakeholders and help tell the story of how we can ensure that America’s Stadium is relevant for another 100 years,” Weiden said. “It’s also a time of challenge. We have to stay relevant.”