Greensboro a Microcosm of Virus’ Havoc 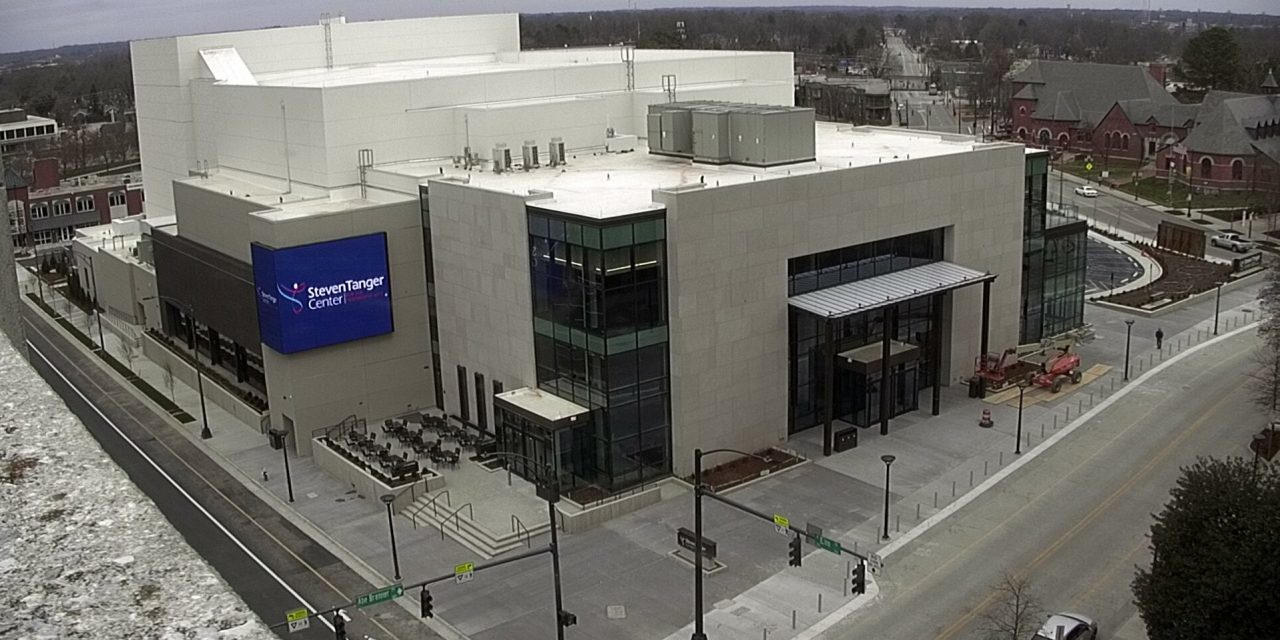 OPENING DELAYED: The Steven Tanger Center for the Performing Arts had been scheduled to open this week. (Courtesy Greensboro Coliseum Complex)

The COVID-19 outbreak in the U.S. has brought the live sports and entertainment industry to a standstill over the next several weeks, and Greensboro, a city of 295,000 in central North Carolina, provides a vivid snapshot of the crushing impact on all public facilities.

The city runs about 10 venues, many of them part of the Greensboro Coliseum Complex. A new performing arts center was scheduled to open downtown this week.

“We’re used to controlling the schedule, the whole aspect of events,” said Matt Brown, managing director of the coliseum complex. “You open the doors at a certain time, you tell people where to go sit. The nature of our job is direction and defining.”

“Now, we’re sitting here with stuff that is out of our control,” Brown said. “The changes have been made in hours and minutes. The fact is we have this thing in the air and we can’t visually see it. It’s a threat to us and the whole country.”

The initial economic loss to the city is $30 million, according to estimates by the local convention and visitors bureau. The formula is tied to hotel room nights multiplied by the amount of money historically those visitors spend daily at restaurants and retail shops, Brown said.

For the city, the biggest blow revolves around the Steven Tanger Center for the Performing Arts. The new $85 million performing arts center, three miles north of the coliseum, had 11 private functions and public events booked this week to celebrate the grand opening of the 3,023-seat venue.

Instead, officials are scrambling to reschedule those dates, including Josh Groban, which was the first ticketed show, followed by Tony Bennett and Jay Leno. In addition, the Greensboro Symphony Orchestra had three daytime performances booked to play for local students.

“We were excited and looking forward to Wednesday with two private receptions, including one dinner on the stage, as a thank you to the million-dollar donors … and to give them a sneak preview of the facility,” said Brown, the operator of Greensboro venues for 25 years.

“Then, we were off and running,” he said. “There were 35 other events we had on sale that we now have to see if we can shuffle some events and reschedule. It’s been quite a challenge and an impact on starting a new performing arts center.”

Tanger Center’s first Broadway show is “Beautiful: The Carole King Musical,” scheduled for May 26-31, and for now it’s still a go, according to Brown.

That’s a good thing, considering the demand for Broadway productions in central North Carolina is off the charts. The new theater has sold 16,269 season subscriptions, which is thought to be an industry record for advance sale tickets at a performing arts center, Brown said.

“That’s the anchor for our success at Tanger,” he said. “We hope everything gets back to some sense of normalcy by mid-May and we get back to booking events. We were on a pace that would put us close to 200 events for the first year, in which we only budgeted for 150.”

In a dramatic moment last week, the Atlantic Coast Conference canceled the men’s basketball tournament one day into the event at the Greensboro Coliseum, the city’s 22,000-seat arena. The arena was set to host the NCAA tournament’s first two rounds this week before all of March Madness was canceled.

“We had about 14,000 tickets sold before they announced the teams,” Brown said. “We had the ACC women’s tournament (March 4-8) and that event was up $44,000, the best growth since 2015. To lose the men’s tournament the way we did was still stunning. It’s hard to contemplate.”

The conference pays a rental fee to use the arena. Together, ACC and coliseum officials will work through the details of the costs incurred after refunds are issued by the individual schools to their donors, he said.

Seven swim meets were canceled at the Greensboro Aquatic Center, including the YMCA Short Course National Championships, which have taken place there since 2012. It was the first time since World War II that those championships were not held, Brown said.

“We just opened a fourth pool and were doing phenomenal business,” he said.

The Greensboro Swarm, the G League affiliate of the NBA’s Charlotte Hornets that plays at the Fieldhouse, next to the coliseum, is also affected. The rest of the season was canceled today, according to media reports.

A few concerts at Piedmont Hall, a 2,300-capacity club that opened in September across the street from the coliseum, were postponed.

The effect of the virus has been felt 30 miles to the west in Winston-Salem as well, where the city of Greensboro has a booking deal for Wake Forest University’s football stadium, BB&T Field, and arena, Lawrence Joel Coliseum. Cinch World’s Toughest Rodeo is among the cancellations at the arena.

Several NBA and NHL teams announced they will pay lost wages tied to canceled events for hourly workers. In Greensboro, though, the city doesn’t have the luxury to compensate ushers, ticket takers, parking lot attendants and janitorial staff, Brown said.

“What we try to do is drive events that allow those people to choose to work, in most cases, a second job, and that’s lost money out of their pocket and they get hurt tremendously,” he said. “They plan for these events and schedule themselves to work. It’s a lot of money for them.”