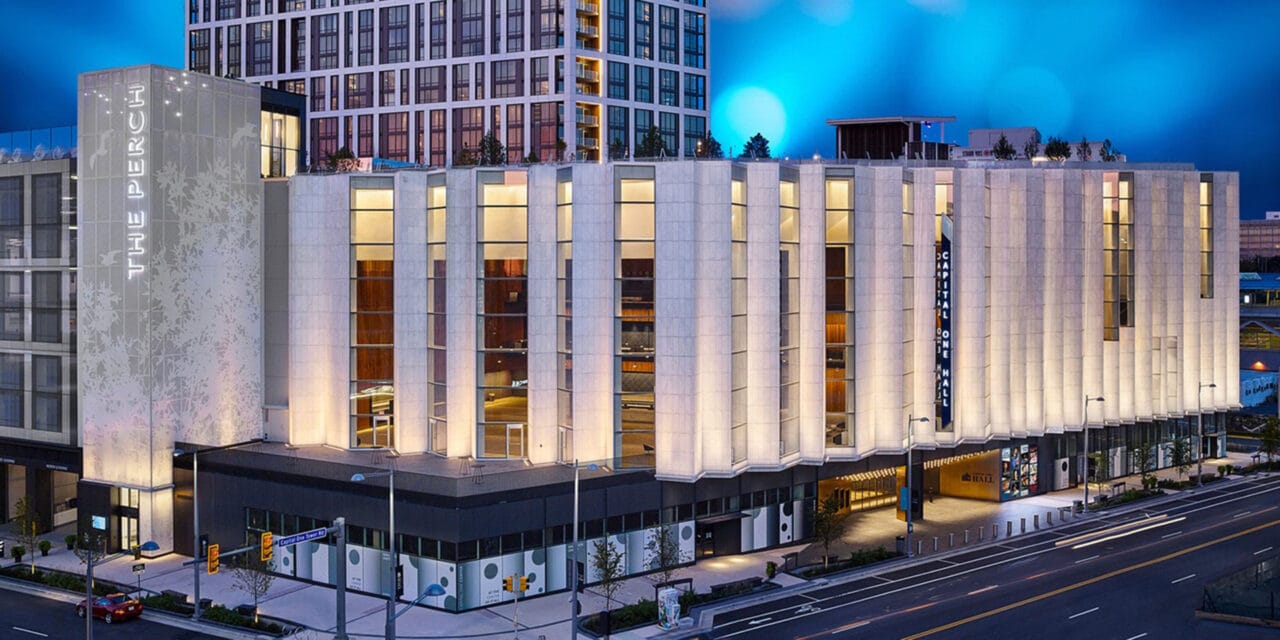 Capital One Hall is the centerpiece of a new mixed-use project in Tysons, Virginia. (Courtesy ASM Global)

Josh Groban does the honor of taking the stage for Friday night’s grand opening of the ASM Global-managed and operated Capital One Hall theater in Tysons, Virginia. The hall is the centerpiece of the Capital One Center, five years in the making in suburban Washington, D.C.

ASM Global President and CEO Ron Bension said in a statement, “We couldn’t be prouder to add the magnificent Capital One Hall edifice — which is one of the most beautiful, innovative and remarkable venues in the world — to ASM’s industry-leading premier portfolio of worldwide properties. It sits at the crossroads of live entertainment and amazing community engagement. There’s nothing else quite like it.”

A unique feature of the campus is The Perch, a 2.5-acre “sky garden” and park open to the public and offering a beer garden, dog park, lawn, sculpture garden and a rooftop 18-hole putting course coming soon.

Capital One Center’s Main Theater features 1,600 seats with an orchestra pit and fly system, state-of-the-art sound system and optimum sightlines, according to ASM Global. There’s also The Vault, a 225-capacity black box theater for smaller performances and The Atrium, a four-story space accommodating 1,200 people standing or 550 seated that can be configured for a range of events and productions.

This story first appeared on Pollstar.com.