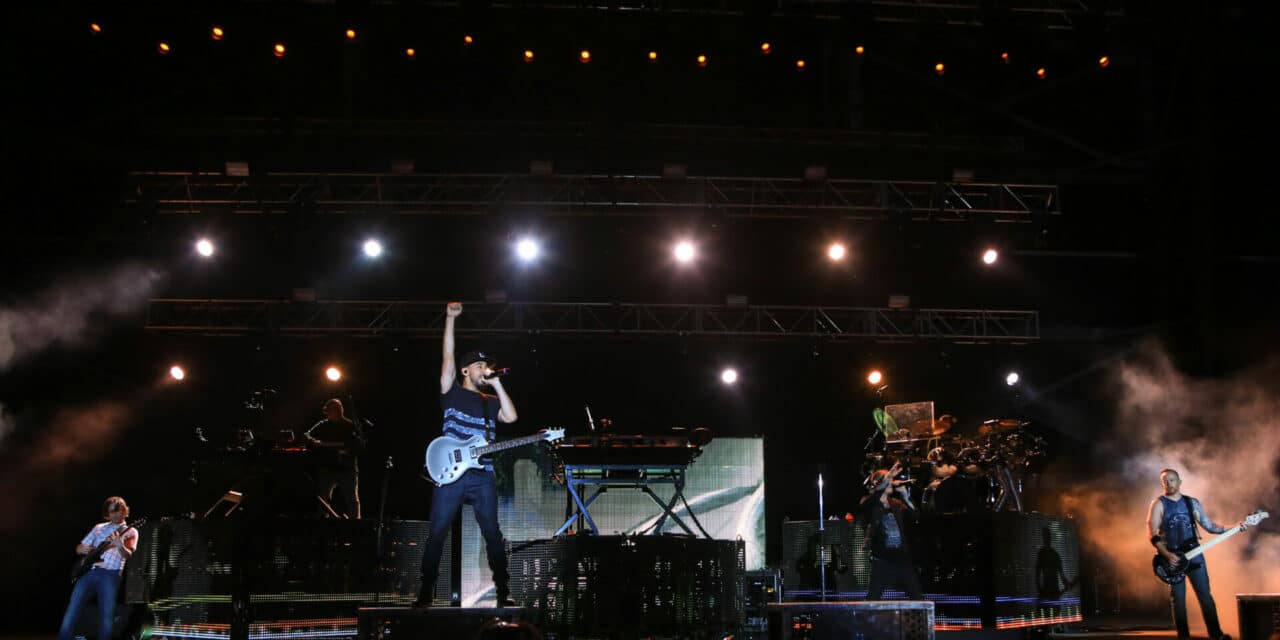 Ken Young’s storied career in sports and entertainment has trickled down to his oldest son, Ben, a guitar technician for alternative rock bands Fall Out Boy, Linkin Park, Alkaline Trio and the Deftones.

The elder Young, a concessions executive and owner of three minor league baseball teams, is a member of the 2022 VenuesNow Hall of Honor. His 50-year career is chronicled in the January issue of the magazine.

On his own, Ben Young, launched a new band, Knifes, in November 2021 with a few guitar techs and roadies he’s worked with over the past 15 years. The trio recorded an EP and a video for the song Sparky Wire.

As a side project, Knifes has played a few small clubs when they’re not focusing on their full-time gigs, Ken Young said.

Ken Young said a similar situation occurred one year later, at the 2015 Rock on the Range festival in Columbus, Ohio, where Linkin Park played before 40,000 people at Mapfre Stadium, now Historic Crew Stadium. Once again, Ben Young stepped in to play guitar for Linkin Park, which shared headliner status with Slipknot and Judas Priest at the three-day event.

“It was on AXS TV, and we got to watch him play,” Ken said. “The first time he did that was in St. Petersburg, Russia. He’s also worked with Pharrell Williams and Taylor Swift.”

Their specialty is serving kava tea, an herbal drink for people that don’t drink alcohol, but still like to hang out with friends and socialize, Ken Young said. They recently opened a second store in Greater Cleveland after the original location opened nine months ago, he said.

His middle child, Jennifer Carlson, is married with two young children and lives in south Tampa. She works for Monotype, a company providing design tools, technology and expertise for brand development.

If their father’s strong work ethic is any indication, his three kids had a solid foundation to pursue their interests in life.

“Ken’s had a unique career,” said Todd Wickner, Young’s former business partner with the old Ovations Food Services and his brother-in-law. “It revolves around food service, venue management and team ownership and he always found a way to balance everything (including his family). He loves that life and it’s good for him; it keeps him going.”