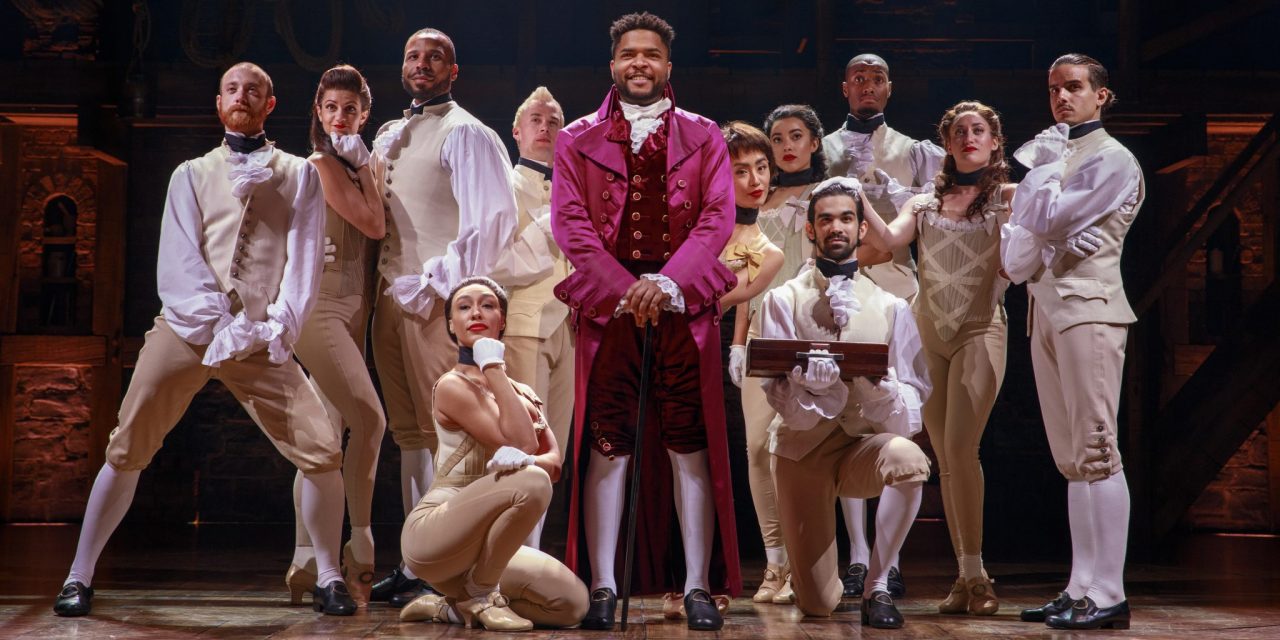 The national touring company of “Hamilton” has created a love affair with fans of the show that can leave performing arts centers’ ticketing operations taxed when the on-sale date arrives. (Joan Marcus)

As blockbuster show continues to tour, ticketing pros can learn from the successes and missteps of theaters that have already hosted it

“Hamilton” has clearly transcended Broadway, and ticketing officials across the country confirm that it has officially exceeded blockbuster status. It is literally the toughest ticket to get in every market in which it’s played.

“It’s in a class by itself. I’ve never seen a phenomenon like ‘Hamilton,’ and I’ve been in the business for 30 years,” said Kay Burnham, vice president for guest services at the Segerstrom Center for the Arts in Costa Mesa, Calif. “It’s touched our society in ways that other shows haven’t; it was a very different experience to try and manage.”

But since the show has now been on the road for a couple of seasons, venues gearing up for its arrival can draw on lessons learned by Burnham and others in the industry who have experience staging the iconic show.

“Managing expectations is the biggest challenge,” Burnham told VenuesNow, adding, “That’s not just the patrons but internal expectations — from marketing to fundraising to PR to the executive office, there wasn’t a single department that didn’t have an interest in leveraging Hamilton.”

Burnham and her peers at other venues agree that communicating to all in-house and external groups is the key to successfully selling this megahit in an orderly and fair manner. And of course, making sure that your systems are tested and ready.

WHO TELLS YOUR STORY?
The on-sale is key, as that’s where venues really begin controlling the narrative for the show in their city. And it can be daunting, especially for smaller performing arts centers in smaller markets.

The Fox Theatre in Atlanta has handled big shows, so it has more experience than some other venues. It got out early, sending a note with frequently asked questions to people in the venue’s database that were thought likely to buy “Hamilton” tickets. It addressed how to buy tickets and what to expect, namely long lines online and in person, according to Jamie Vosmeier, vice president of sales and marketing at the theater. “We wanted to set expectations,” he said.

The length of those lines can be daunting. “With ‘Hamilton’ we are routinely seeing upwards of 100,000 people in the (virtual) waiting room. Depending on the room, generally it’s around 30,000 tickets of inventory with a four-ticket limit” imposed by the shows’ promoters, according to Kristin Darrow, senior vice president of product at Tessitura Network. The ticketing company works with more than 150 performing arts centers in the U.S. and 500 other arts and cultural organizations across 10 countries.

Darrow and ticketing executives at venues that have experience staging “Hamilton” strongly suggest working with companies that provide virtual waiting rooms that will keep customers apprised of the wait times and where they are in the queue.

While the waiting is always the hardest part, Darrow says figuring out the sellout time and communicating wait times are crucial. “How long waiting will the public tolerate? We have a lot of experience, and a few hours seems to be palatable for a waiting customer if you’re good about communicating strategy,” she said.

Since “Hamilton” on-sales tend to trend, Tessitura’s Darrow said, “People are on social media at the same time they are buying tickets and it seems to be a public event. … We recommend having a dedicated social media person with a scripted set of messages they can pull up for any number of circumstances and are posting in real time. That’s made a huge difference in public perception.”

THE ROOM WHERE IT HAPPENS
We may live in a digital era, but patrons are still turning out for on-sales in droves to buy “Hamilton,” so ticketing executives preach preparing your lobby as well as creating a virtual waiting room.

The Segerstrom planned for 1,000 fans to turn out for the on-sale and were met with a wave of 1,400 people showing up. Burnham recalled, “We asked for volunteers from every area of the company to help with crowd control, to answer questions, and let people know where to go. We employed a randomized wristband system, but people were still here at 4 a.m. … We have a nice café on the public plaza, we brought games for while they waited and we called groups of numbers to stand in line. We had Wi-Fi on the plaza, so they were technically in line having coffee and on their device, trying to get their tickets that way as well.”

She said they ran out of wristbands and then lined people up after that. While she was skeptical that inventory would hold out, Burnham reports that everyone who got in line got a ticket.

The Aronoff Center in Cincinnati sold tickets to 500 people who visited the box office. Staff handed out numbered wristbands and invited the crowd to wait inside with light refreshments in the lobby.

“We updated availability on some boards in the lobby, so they’d get an idea of where they were in line and they filled out a form with their information and desired ticket dates, which expedited things,” said the Aronoff’s John Harig, vice president of ticketing. “We were able to serve everyone who was here in the morning when we opened, but we had to cut it off during the day,” which meant turning away some people.

Atlanta’s Fox Theatre built a temporary box office to double to eight the number of its physical box office windows. Vosmeier said, “We had hundreds and hundreds of people show up. … We passed out forms so you could have three choices, so we were expediting your request for the three dates you chose.”

The Fox Atlanta is preparing for its second staging of the show for the 2019-20 season, which at five weeks will be two weeks longer than the initial run. Vosmeier said it went smoothly the first time around, so they won’t do anything “drastically” different: “We may add additional (box office) windows to keep the lines onsite moving a little faster. We were servicing folks in three minutes or less, and our average wait time was about five minutes. Our hope is that everyone leaves happy with tickets in hand.”

DON’T THROW AWAY YOUR SHOT
Some facilities upgraded their tech infrastructure to make sure they could get the job done, from keeping out bot traffic to handling the volume of traffic online and on the phone for those venues that sold tickets that way. “I thank ‘Hamilton’ for giving us a real good reason to update our technology and look to use tech to better serve our patrons,” said the Segerstrom Center’s Burnham.

The venue printed hard tickets that were mailed or available at the box office but did not allow print-at-home tickets. Burnham said the PAC had not gone mobile yet but was looking for a partner.

Ticketing pros repeatedly stressed how important it is to be methodical in preparing all systems online and in-theater, especially given the staggering numbers. The Aronoff Center reported its website’s busiest days ever for unique visitors around the on-sale, and the Segerstrom Center created a splash page on its site to divert any traffic looking for tickets at sister venues away from “Hamilton.”

“The biggest problem for ‘Hamilton’ is the biggest for any on-sale, a lack of testing or preparation,” warned Tessitura’s Darrow, adding, “Usually it’s a small thing, not servers overloaded or a critical bug. The production wasn’t set up correctly, or it’s a lack of proper testing.”

The best piece of advice, according to the Fox Theatre’s Vosmeier: “Reach out to other markets that have had the show and have been successful so you don’t miss the mark. There are so many opportunities to stumble. You only get one shot to do this right.”