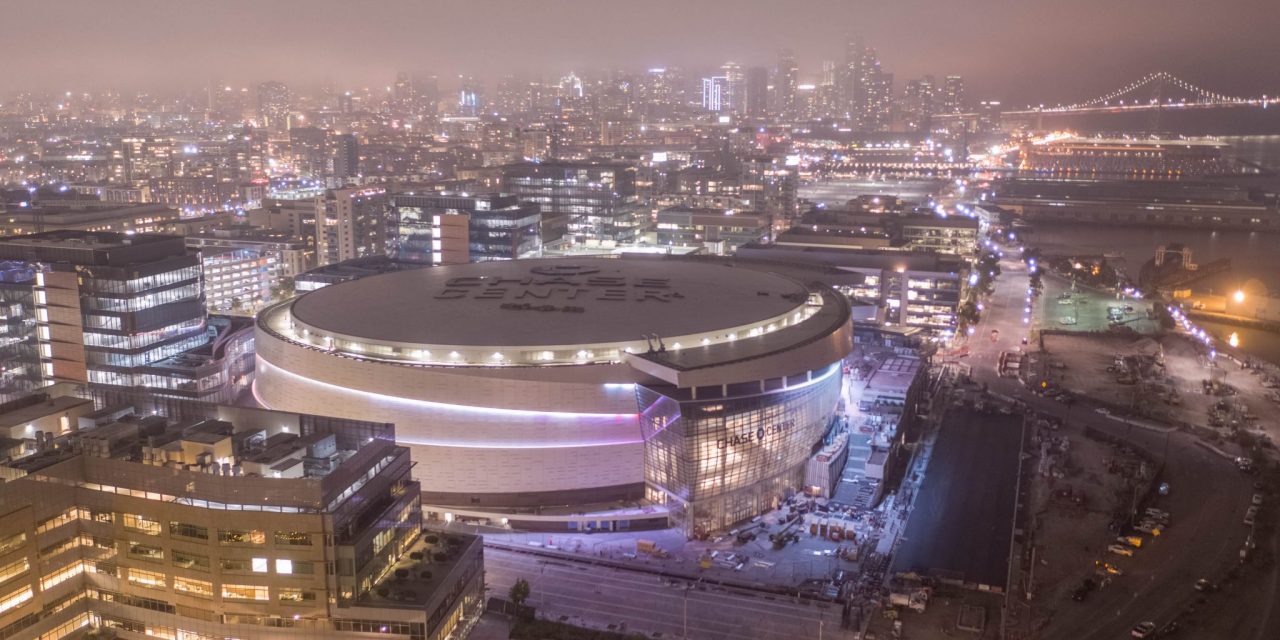 Infinite Scale’s roof sign for Chase Center in San Francisco is the biggest that it has designed. (Courtesy Golden State Warriors) Design firm Infinite Scale creates polished look to fit the Warriors’ new arena The branding of Chase Center, the Golden State Warriors’ new $1.4 billion palace, takes theming to a higher level of sophistication than other big league arenas, according to officials with Infinite Scale, the design firm responsible for that piece of the project. Jim Baehr, a principal with Infinite Scale, worked on the Chase Center branding package, and he discussed the project with VenuesNow before the San Francisco arena was to open with a Sept. 6 concert by Metallica and the San Francisco Symphony. “We’ve been in a lot of buildings, and this one is exceptional,” Baehr said. “It’s a few hundred million dollars more than Little Caesars Arena (in Detroit, another Infinite Scale project) which is […]
To access this post, you must purchase Subscribe to VenuesNow – 1 Year, Subscribe to VenuesNow – 2 Years or Subscribe to VenuesNow – 3 Years. If you are already a member of VenuesNow, please login here: log in