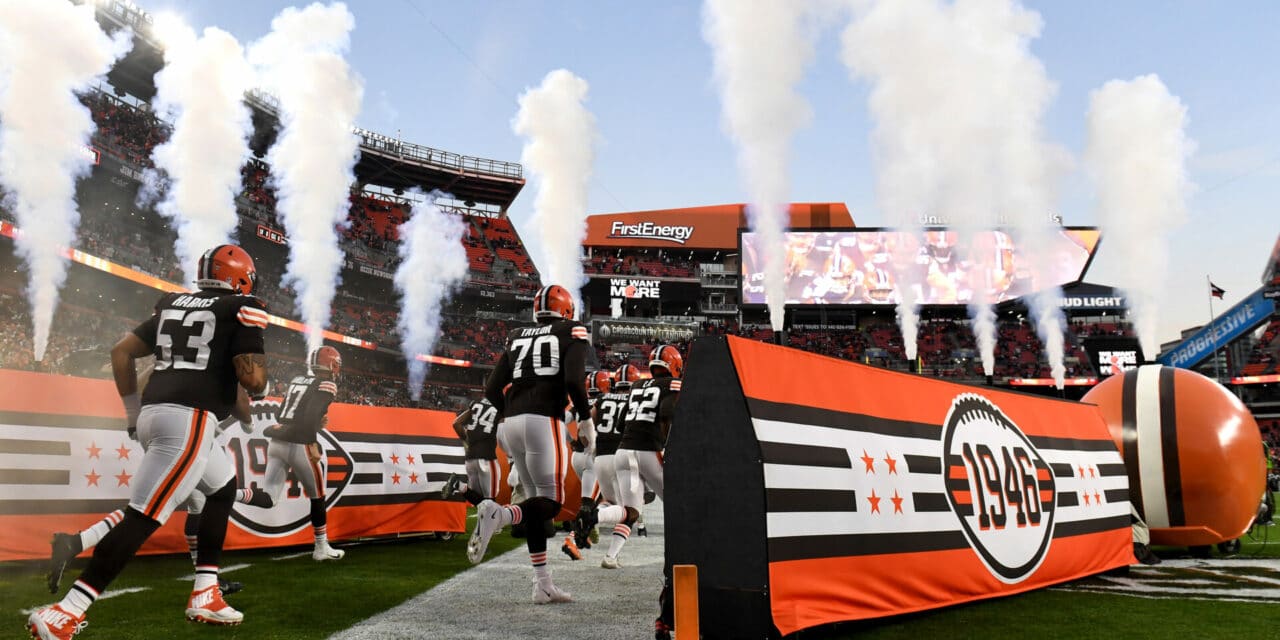 The Cleveland Browns have selected HKS to study the feasibility of major renovations to FirstEnergy Stadium, a 23-year-old building along the shores of Lake Erie, confirmed Peter John-Baptiste, the Browns’ senior vice president of communications.

In its early stages, the cost for proposed improvements has not been determined and who would pay for it, sources said. The Browns’ current lease expires in 2028 at the stadium owned by the city of Cleveland. Jimmy and Dee Haslam have owned the Browns since 2012.

One week ago, the Browns issued a statement that read in part: “A significant stadium renovation at our current site is the premise of (a study) as well as how to provide accessibility to the lakefront, drive density and create … major development that would include new public parks, retail, office and residential spaces.”

There’s industry speculation that upgrading the 68,000-seat venue could run in the neighborhood of $500 million, which is similar to the cost of proposed improvements to Paul Brown Stadium in Cincinnati, sources said.

As part of the overall project, the Browns and HKS are focusing on providing a greater connection between the stadium and downtown Cleveland, tied to mixed-use development, a trend across sports over the past several years.

For HKS, it’s a big win for a firm that’s gone through a transition after about 10 architects left the sports practice over the past year, including principals Bryan Trubey and John Hutchings. The company still has plenty of experienced designers, led by, among others, Lance Evans, Greg Whittemore, David Skaggs and Mark Williams, now leader of the sports group. HKS has designed four NFL new venues that have opened over the past 14 years and it has experience with integrating stadiums into mixed-use to create year-round destinations apart from football games.

Most recently, the Dallas architect designed SoFi Stadium, a two-tenant NFL facility, which opened in 2020. It serves as an anchor for a 300-acre retail, entertainment and housing district in Inglewood, California, a Los Angeles suburb. The development next to SoFi is an ongoing effort, privately funded by Stan Kroenke, owner of the Los Angeles Rams and the venue. The retail component, spanning about 900,000 square feet and which includes multiple restaurants and a movie theater, is expected to open in March 2023, local media reported.

Construction of FirstEnergy Stadium, built on the site of old Cleveland Municipal Stadium, took 27 months to complete with a fast-track timeline after Cleveland was granted a new team in the late 1990s to replace the original Browns that moved to Baltimore and became the Ravens.

Typically, it takes 28 to 30 months to build an NFL stadium without a roof, sports construction experts said. The rush to build FirstEnergy Stadium resulted in structural issues over the past 20 years that need to be addressed, according to an audit done in 2018, local ABC television affiliate News 5 Cleveland reported.

In that respect, a big chunk of money could be required for infrastructure upgrades.

FirstEnergy Stadium, originally designed by Populous, underwent a $120 million facelift in 2014, a cost shared between the city and the Browns. The two-year project revamped end zone spaces with standing-room platforms tied to new video boards and sponsor zones. In addition, the stadium’s 143 suites and five clubs were updated, as well as concessions and restrooms, and overall seating was reduced from 72,000 when the building opened in 1999.

Gensler designed those renovations. The same firm recently completed a study of Paul Brown Stadium dictating $493 million in upgrades and maintenance would be required to keep the Cincinnati Bengals’ 22-year-old building up to par in the NFL, the Cincinnati Enquirer reported.

Overall, it’s been a busy offseason for NFL stadium development.

For those keeping score, Manica Architecture was selected by the Chicago Bears and Tennessee Titans to design initial concepts for proposed new stadiums. Populous is designing the Buffalo Bills’ $1.4 billion stadium, targeted to open for the 2026 season.

In addition, Bjarke Ingels Group has consulted for the Washington Commanders over the past five years to develop a proposed new stadium.

In Florida, the Jacksonville Jaguars are going through the process to select an architect to design what could potentially be a $1 billion makeover of TIAA Bank Field. HKS and HOK are the finalists for that job, sources said.