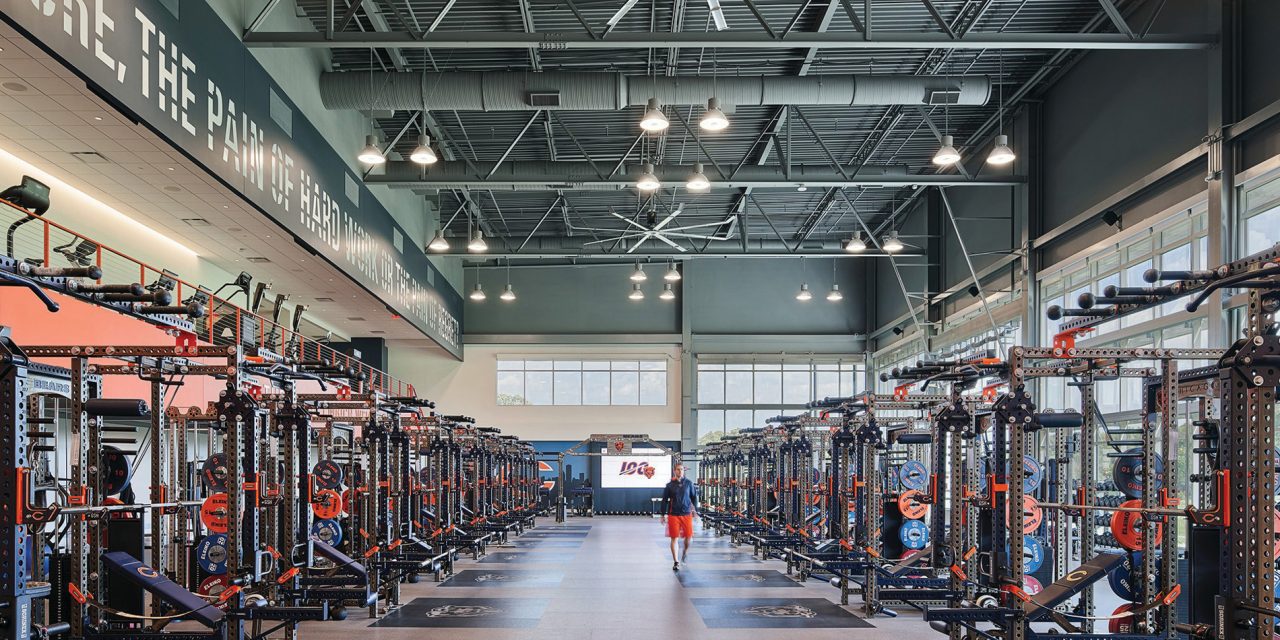 The weight room at Halas Hall grew by 2,000 square feet as part of expanding and renovating the Chicago Bears’ practice facility. (Courtesy HOK) Bears’ $100 million practice facility upgrade adds a state-of-the-art football operations building HOK plans to showcase the expansion of Halas Hall in Lake Forest, Ill., the architect’s first NFL practice facility project, to other teams in need of upgrading their facilities, said Nate Appleman, principal-in-charge and director of its sports practice. The Chicago Bears hired HOK to design the expansion, which amounted to a $100 million investment, according to the Chicago Tribune. The Bears did not publicly release the project cost, but the reported figure is close to what they paid for the improvements, said team President Ted Phillips. The project, which opened for the 2019 season, includes a new 162,500-square-foot football operations building attached to the existing facility and renovations to the north side of Halas Hall. […]
To access this post, you must purchase Subscribe to VenuesNow – 1 Year, Subscribe to VenuesNow – 2 Years or Subscribe to VenuesNow – 3 Years. If you are already a member of VenuesNow, please login here: log in