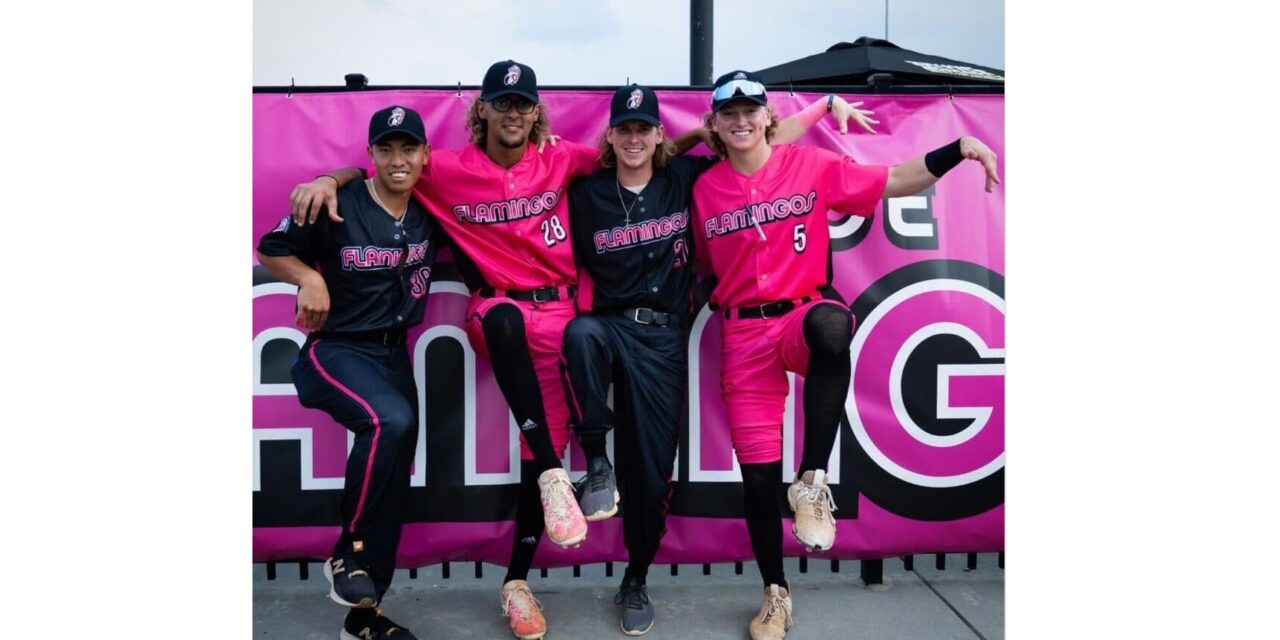 Hot pink is in hot demand for the Florence Flamingos, a college wood-bat summer league team in South Carolina.

The rebranded Coastal Plain League team is believed to be the only pro sports organization with hot pink as their primary color, said Steve DeLay, the Flamingos’ owner and managing partner.

The sporting public has taken notice since the rebrand was announced in late August.

Two weeks after the launch, the Flamingos had sold merchandise to fans across all 50 states and eight countries. All told, 85% of those orders cane from outside the state of South Carolina.

“That tells you how popular it is and the buzz it’s created,” DeLay said.

In late March, the team had reached $10,250 in total sales, surpassing the projected number of $9,000 over the first six months of the rollout, according to Kelvin Jones, the Flamingos’ director of operations.

Those may be modest numbers compared to Major League Baseball retail operations, but the marketing campaign has folks seeing pink in Florence.

DeLay acquired the former Florence Red Wolves in 2020 and spearheaded the rebrand, coinciding with the team’s move to new Carolina Bank Field for the coming season. The 1,600-capacity ballpark is part of a $16 million sports complex in the city of 38,500.  It was DeLay’s idea to go with hot pink, which some girls softball teams have used in North Carolina.

“We literally had to reinvent the team because the Red Wolves weren’t that popular,” he said.

There’s some history with flamingos in Florence, which sits about 70 miles northwest of Myrtle Beach. There’s a Flamingo car wash and Flamingo Road in town and the old Flamingo restaurant was a popular eatery.

“It was all about what makes sense and how do you get attention,” DeLay said. “I liked the name early in the process. Ultimately, Flamingos was the most suggested name when we held our Name the Team contest. (I thought) now we have something everybody can hang their hat on and make Florence popular.”

Don’t be surprised to see hot pink bases and plastic pink flamingos strategically placed around the facility, which encompasses a 70-seat home plate club, beer garden and party patio for group sales. Those ideas have been tossed around. DeLay said the pitcher’s mound and batters eye are off limits.

“After we get stadium construction completed, that’s our No. 1 focus,” he said. “How can we (brand) this in places that make sense and look cool and people will have fun with it. I’ve been bugging my staff about how to get live flamingos for opening night. They keep rolling their eyes and looking at me like I’m crazy.”

For Jones, the supply chain issue has been a struggle for ordering and receiving merchandise, especially for a color that he says is not in high demand at the wholesale level. Shipping “takes forever,” he said. Hot pink hats alone take 16 to 17 weeks for delivery.

The Flamingos’ first home game is May 28 at Carolina Bank Field and Jones is confident there will be plenty of inventory for fans to choose from at the team shop. Last week, he ordered keychains, lanyards, visors and more T-shirts to help fill the shelves at the new venue.

“We had to order our game hats in December and they probably won’t be here until mid-May,” Jones said. “We had to stay ahead of the game to make sure we will get everything here on time.”