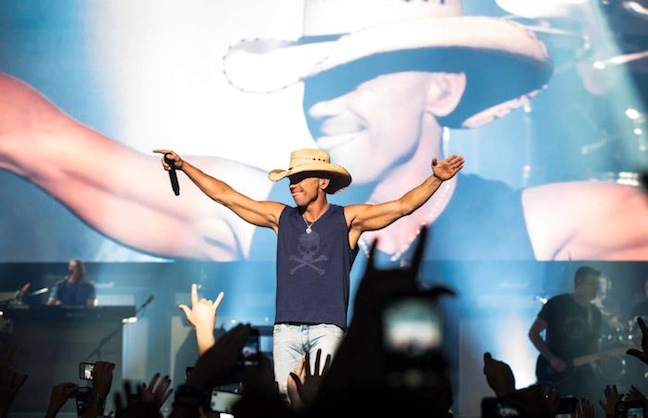 Kenny Chesney rocks The Joint at Hard Rock Hotel & Casino Las Vegas on April 19 during a four-year anniversary concert for the venue.

Kenny Chesney closed out his "No Shoes Nation" tour with one of his highest grossing stops ever, bringing in $9.5 million with two dates at Gillette Stadium, Foxboro, Mass., in late August as part of New England Country Fest. The shows were co-promoted by The Messina Group and Kraft Entertainment, the concert wing of Patriot owner Robert Kraft's s...