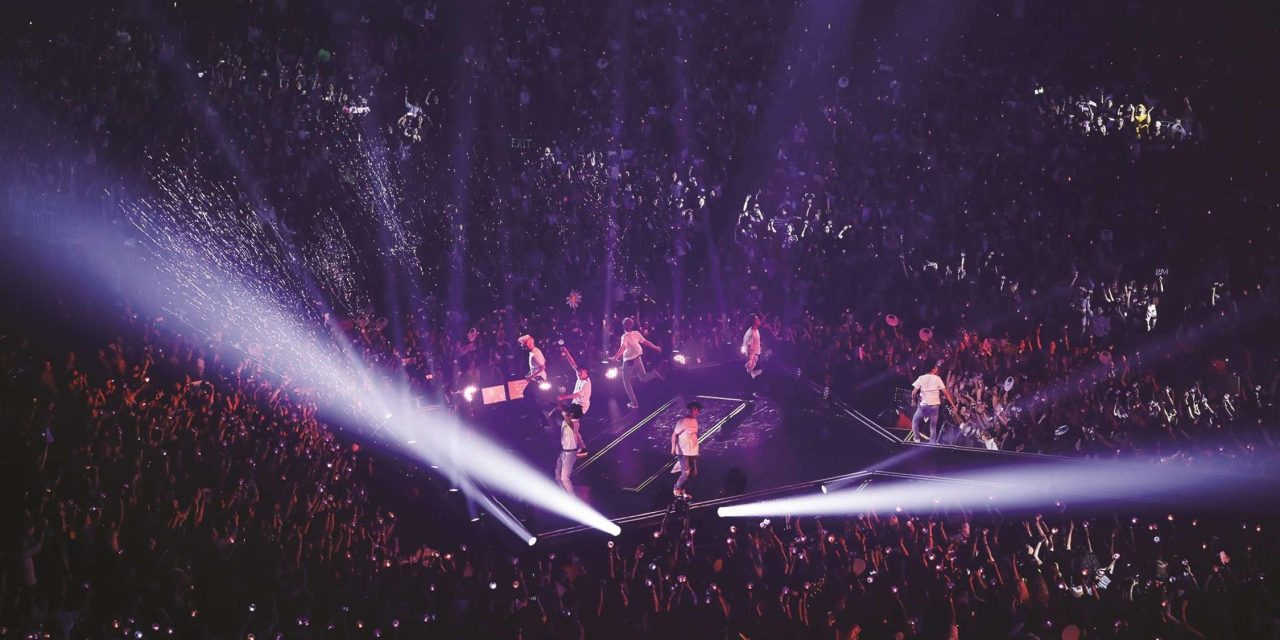 Korean boy band BTS performs to a sellout crowd at Staples Center in Los Angeles. (Big Hit Entertainment) BTS is this week’s MVP in the More Than 15,000 Capacity category BTS, the seven-member Korean pop phenomenon, continues its global domination of concert charts, landing in spots 1 and 2 on our More Than 15,000 Capacity chart this week. Topping the chart were two shows at New Jersey’s MetLife Stadium in East Rutherford that grossed a healthy $14,050,410, with attendance of 98,574. The international sensations took the second spot with seven shows at Chicago’s Soldier Field. Attendance was 88,156. Live Nation promoted all the shows, which all had a ticket price range of $55 to $250. A mostly older crowd showed up for rapper Post Malone’s two concerts at Spark Arena in New Zealand, giving the New York-born artist his first No. 1 Hot Tickets chart ranking, in the 10,000 to […]
To access this post, you must purchase Subscribe to VenuesNow – 1 Year, Subscribe to VenuesNow – 2 Years or Subscribe to VenuesNow – 3 Years. If you are already a member of VenuesNow, please login here: log in