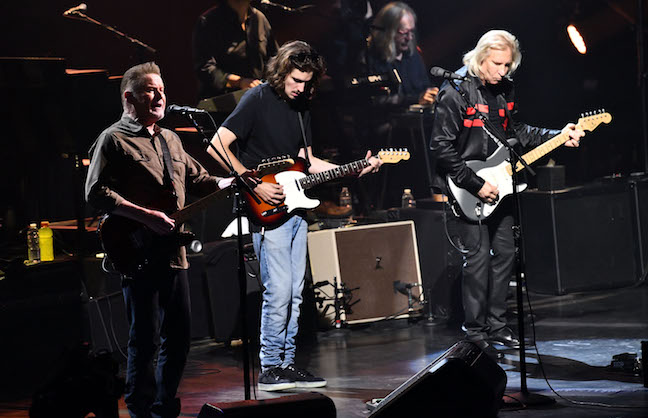 The Eagles, shown during a September concert at the Forum in Inglewood, Calif., were a hot ticket in New Zealand. (Getty Images) Eagles make it look easy in NZ; Mariah Carey beats back Broadway It’s not quite a double eagle on the scorecard, but it’s an Eagles double on Hot Tickets this week, as the band topped two of our categories during its New Zealand swing. The band drew 31,519 for a March 2 show at Forsyth Barr Stadium in Dunedin, grossing $6.66 million, leading the largest category, and had sales of nearly $3.3 million for two shows Feb. 26-27 at Spark Arena in Auckland. It was nearly a Broadway takeover among venues with capacities of 5,000 or less, but Mariah Carey held off the charge. Her three shows at the Colosseum at Caesars Palace in Las Vegas during Feb. 13-16 grossed $1.68 million and drew a total of 9,318. […]
To access this post, you must purchase Subscribe to VenuesNow – 1 Year, Subscribe to VenuesNow – 2 Years or Subscribe to VenuesNow – 3 Years. If you are already a member of VenuesNow, please login here: log in