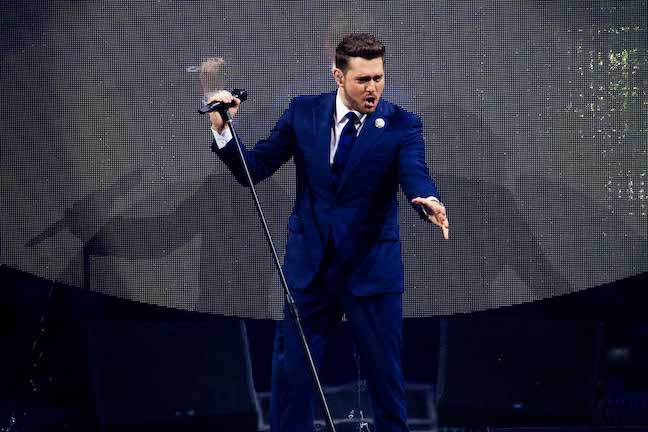 Canadian pop singer and songwriter Michael Bublé performs at Mediolanum Forum in Assago, near Milan, Italy. (Getty Images) A little Swiss Bublé, and “Hamilton” in Appleton Michael Bublé is having a renaissance. The Canadian crooner hasn’t often topped our 10,001-15,000 Capacity category, but he managed it this week with a show at Hallenstadion in Zürich that grossed a bubbly $1,383,468. Over 9,000 fans paid $90.90 to $257.56 to see the Abc Production-promoted show. “Hamilton” shows no signs of slowing down even though the smash-hit musical is on its third national tour. Eight performances at Fox Cities Performing Arts Center in Appleton, Wis., grossed $2,065,431, and easily took the top spot on our 5,000 or Less Capacity chart.  The shows drew 15,721 fans and the ticket range was $85-$295. HOT TICKETS is a weekly summary of the top events and ticket sales as reported to VN Pulse via Pollstar. Following are the top […]
To access this post, you must purchase Subscribe to VenuesNow – 1 Year, Subscribe to VenuesNow – 2 Years or Subscribe to VenuesNow – 3 Years. If you are already a member of VenuesNow, please login here: log in