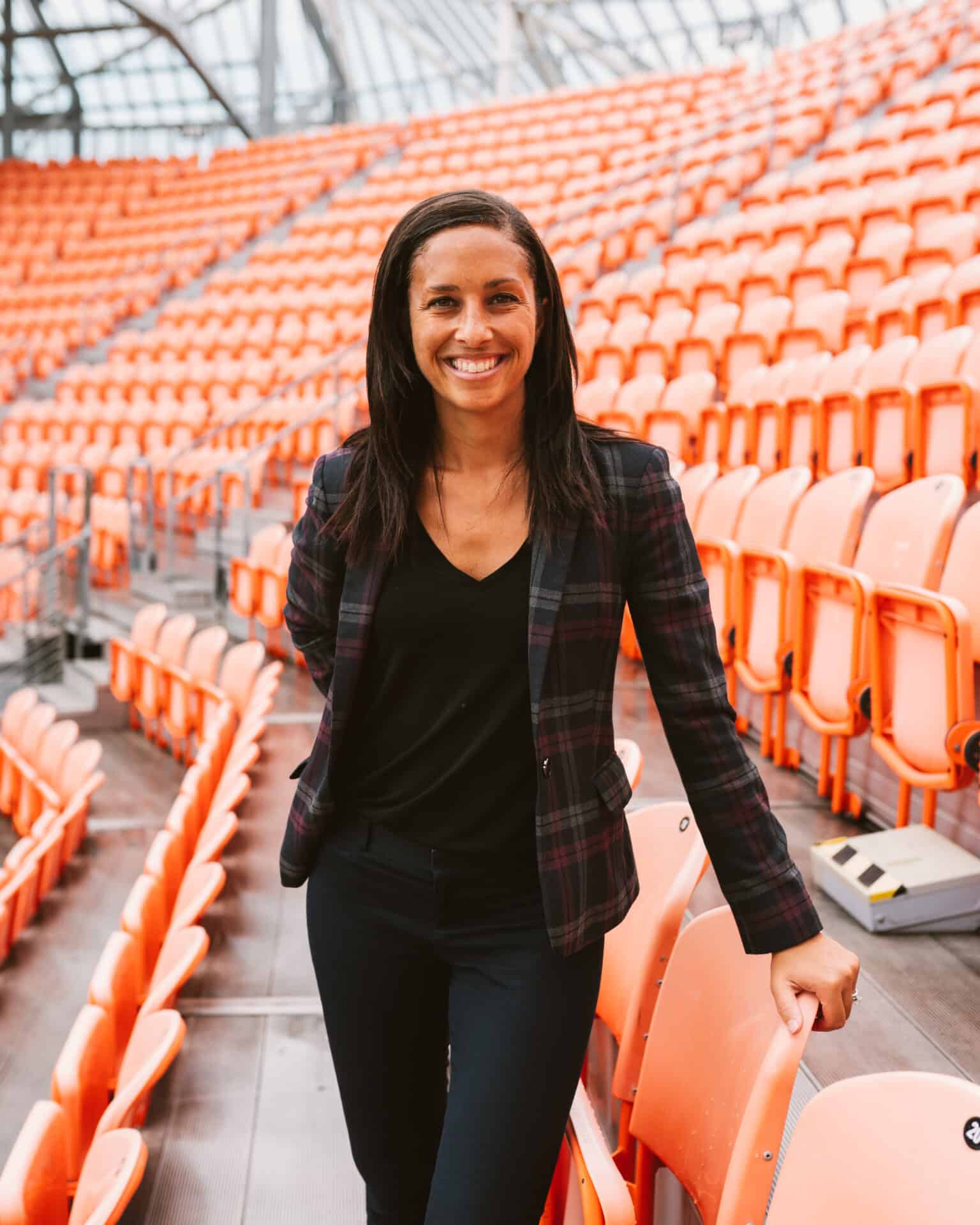 As an athlete growing up, Dionna Widder was determined to make her passion her purpose and has done just that, now at a senior level for a major league sports franchise whose owners include sports figures Oscar De La Hoya and James Harden.

Widder emphasizes the importance of people and feelings, which may sound obvious but goes a long way in a leadership role in a business that’s all about relationships.

“My advice is to first define what success is to you and then set off on a path to accomplish that vision,” says Widder, who has worked for organizations including Indiana Pacers, Detroit Lions, NBA Team Marketing and Business Operations, the Cleveland Cavaliers and now at the Houston Dynamo. “Success is a personal journey, and the destination is not a role or title, but a feeling that comes with becoming the person you were always meant to be.”

That feeling is what got her started in this industry.

“Growing up, being an athlete gave me purpose, and how I felt about being an athlete is a feeling I wanted to have for the rest of my life,” says Widder, now a mother of three and host of the Women Blazers podcast alongside her duties as chief revenue officer. “I found that working in live sports.”

But results are what lead to being in that position of success, which Widder hopes to pass on to others.

“The biggest area I can make an impact in live business as a chief revenue officer is by delivering results for the team, venue, and community I serve,” she said. “I hope, as I continue to grow, to shed a light on a path that leads to more women and people of color pursuing positions that lead and drive revenue strategy.”

During the offseason at the Dynamo and Dash’s home field PNC Stadium, a few major projects are taking place, with all 21,000 seats being replaced.

“The mesh seats will be 30 degrees cooler than the traditional plastic seats, creating a more optimal experience in the Houston heat,” she said. “We are also introducing a new all-inclusive premium club at the center stripe on the east side of the stadium that will host 820-plus guests.”

Both projects will be ready for the 2023 season which kicks off in March.