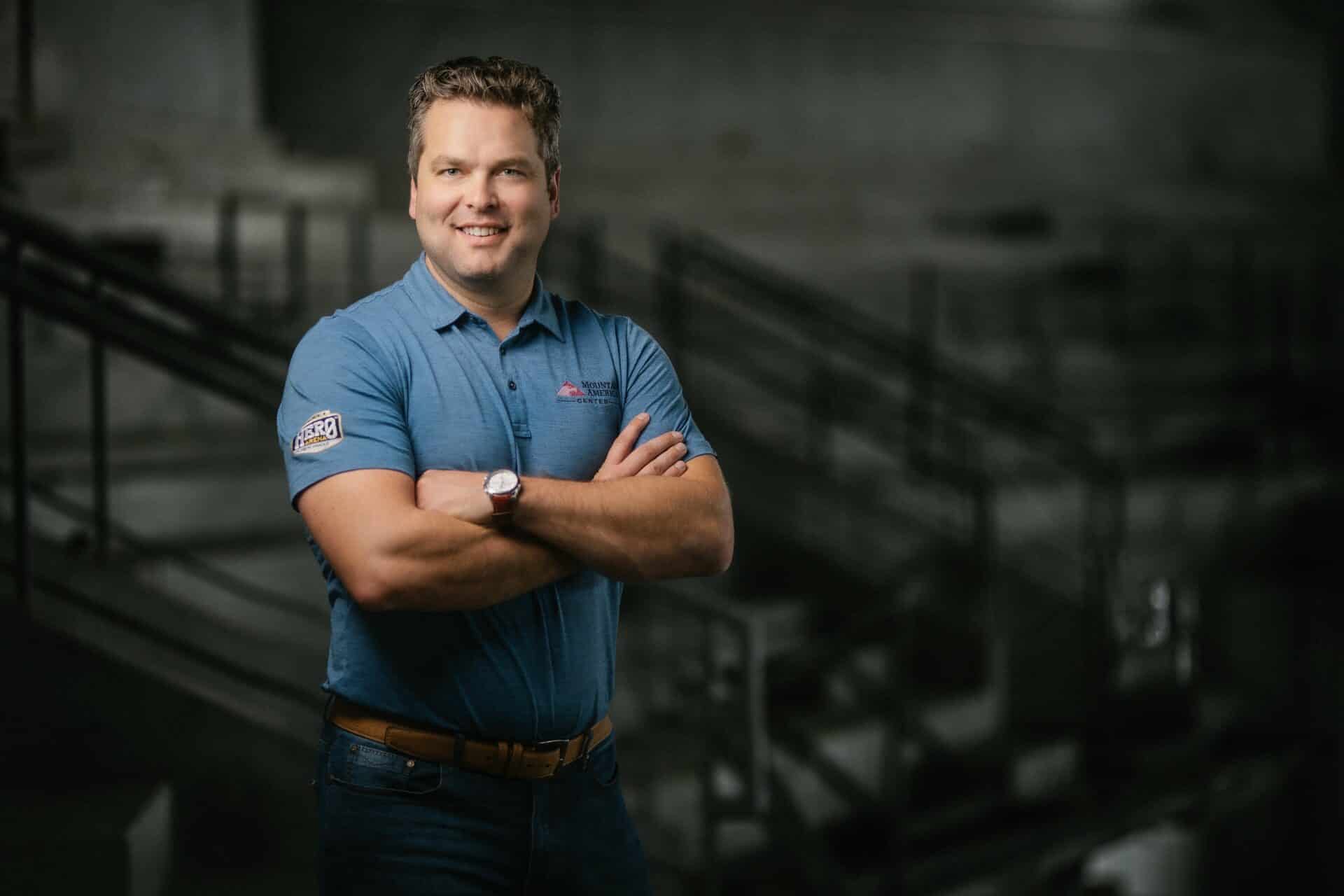 Erik Hudson opens a new arena in Idaho this fall and it combines his two passions — hockey and live music.

“We plan to showcase the flexibility of our venue; we’ll have something for everybody the first week of our opening,” Hudson said. As of late August, the concerts had not been announced.

The primary tenant is the Idaho Falls Spud Kings, a new junior team in the United States Premier Hockey League. Their first home game is Dec. 2 at Hero Arena, which is named for the beef jerky brand that acquired naming rights.

Hudson is an employee of Centennial Management, which holds the contract for Mountain America Center, consisting of Hero Arena and the Blue Cross of Idaho Conference Center, an 11,000-square foot space tied to the arena. Elmore Sports Group owns the hockey team and Centennial Management.

Hudson, a Spokane, Washington, native, arrived in Idaho in March after spending the past three years with VenuWorks running facilities in Cedar Rapids, Iowa. He also worked at the Pelham (Alabama) Civic Complex.

Leaving Iowa was bittersweet, but it was a job he couldn’t pass up, Hudson said. He graduated from Iowa State University in Ames, where he met his wife Amanda. They have two daughters, Jocelyn, 4, and Lily, 2.

“You don’t get many opportunities to open a first-class building in your career,” he said.

Hudson is a hockey fiend. He’s played the sport his entire life and competed for the United States in the 2011 World University Games in Turkey and club hockey at Iowa State. Later, he spent one year coaching Lake Forest (Illinois) College hockey, an NCAA Division III program. In addition, his brother Eddie Hudson worked for Live Nation, which helped fuel Hudson’s interest in the concert biz.

The development of Mountain America Center had been in the works for a decade before financing was completed. Construction started in May 2021. Hero Arena has 26 VIP hospitality rooms, 14 suites and a dozen loge boxes.

Hero Arena’s rigging capacity is 200,000 pounds, which is on par with big league venues.

“There’s a handful of arenas where the A list acts go that are 12,000-plus seats, and then there are arenas like us with 6,000 seats if we do a 360 configuration,” he said. “We’re going to kill it. There are plenty of artists that fit that mold that we can book along with our routing partners in all directions.”