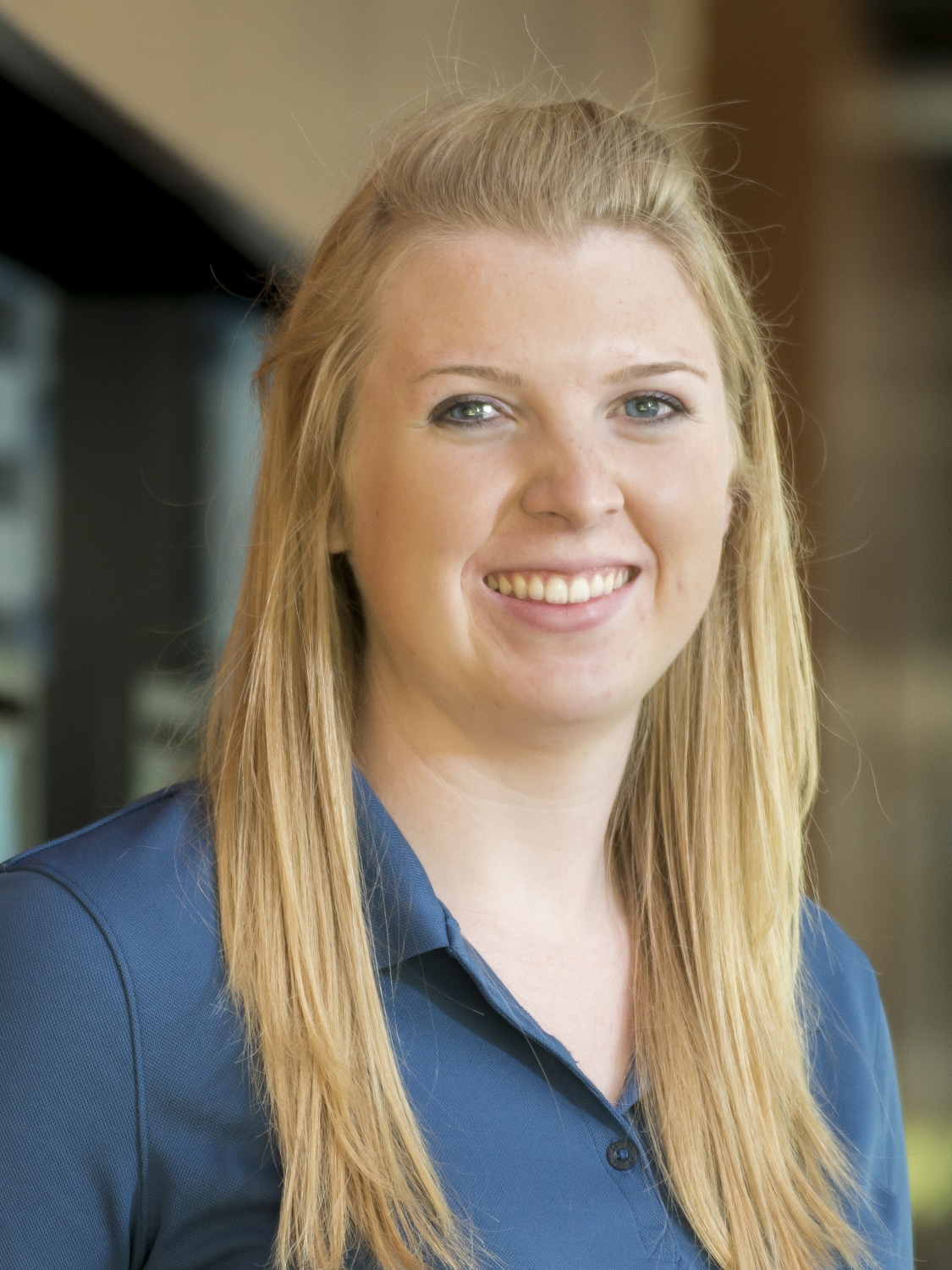 Building has been in Ellen Spangler’s bones since she looked into the construction field during college and liked what she saw. In interviewing with Mortenson, she was excited to learn that the company had a specific sports and entertainment division.

“I knew I wanted to go build one stadium right out of college,” Spangler said. She jumped right in, moving to Minneapolis right after graduation and serving as a field engineer on U.S. Bank Stadium.

“I focused on the mechanical, plumbing and fire protection scopes,” Spangler said. “Though I originally intended to move back home to Denver after one stadium, I was hooked.”

She has now completed four stadiums and is getting ready to start the fifth this winter.

Spangler notes “the incredible opportunity” she’s had to be on construction teams for U.S. Bank Stadium in Minneapolis and Allegiant Stadium in
Las Vegas.

“Managing the enclosure scope of work at Allegiant Stadium was very rewarding,” Spangler said. “The black façade and the ribbon lights are always shown on TV, and we’ve received a ton of positive feedback on the aesthetics and seamless look of the stadium.”

Spangler is currently leading the team in St. Louis on Centene Stadium, a Major League Soccer facility, which she says has been an honor.

Spangler has been fortunate to have had two mentors during her career: her first and current boss at Mortenson, Kevin Dalager, and the company’s sports group field operations manager Dave Mansell.

“Kevin has taught me so much, but I appreciate the most that he’s taught me to slow down and approach problems methodically. I can be a bit bold and impulsive, and he’s definitely toned that part of me down into something significantly more productive,” Spangler said. “Dave has taught me how to become a builder, and he brings a passion and knowledge to sports construction that I hope to be able to carry on when he’s retired.”

Looking ahead, Spangler is most excited about sports venues trending toward an upgraded fan experience versus a focus on sheer quantity of seats sold. She says her goal is to be project director for an NFL stadium new build in the next three to five years.

“I’d like to inspire women and show them that the construction industry, specifically sports construction, is a place where they can not only be included, but excel,” she said.