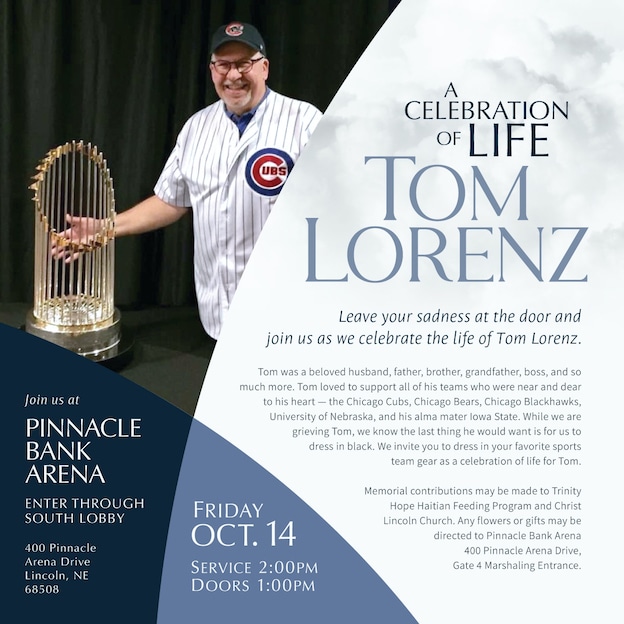 MEMORIAL SET:The life of Tom Lorenz will be celebrated at Pinnacle Bank Arena, the venue he ran since it opened in 2013 and had been a presence in Lincoln, Nebraska for 26 years. (Courtesy venue)

Tom Lorenz, general manager of Pinnacle Bank Arena and a longtime venue operator, died Oct. 1 of complications from cancer. He was 65.

Lorenz, employed with ASM Global, ran the Lincoln, Nebraska arena since it opened in 2013 as the new home of University of Nebraska men’s basketball.

Lorenz held a strong presence in Lincoln, dating to Pershing Auditorium, which he ran for several years starting in 1996.

Lorenz, a Chicago-area native, was a graduate of Iowa State University, where he started in the business as a student working at Stephens Auditorium.

The building, which hosted performances by the Grateful Dead, Phish, Elvis Presley and the first show by The Doors after the death of Jim Morrison, closed in 2014.

Lorenz’ son Kyle Lorenz told the Lincoln Journal Star he was most impressed with how his father transformed Pinewood “from a shell in the park” to “a place that people in the industry know and want to come to.”

Lorenz is survived by his wife, Teri, sons Marc and Kyle, daughter Amy and two grandchildren

A celebration of Lorenz’s life is scheduled for Oct. 14 at Pinnacle Bank Arena. Colleagues and friends are invited to wear their favorite team gear as part of the celebration, which starts at 2 p.m. Central Time.