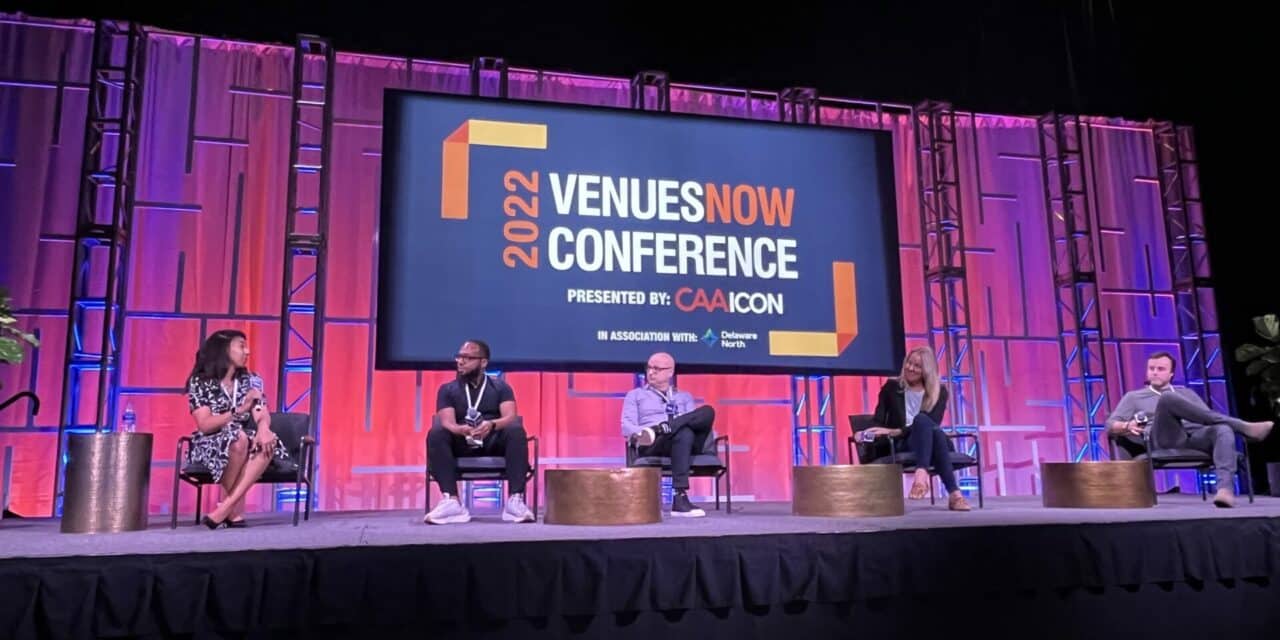 Stacked venue calendars, content-hungry secondary markets and international touring were some of the pressing topics addressed during “Converting Holds into Sellouts & Navigating Content Through Uncharted Waters” panel during the 2022 VenuesNow Conference on Wednesday.

Pankey, who also holds the titles of adjunct professor at Drexel University, co-founder of the TOURSTAR app, artist manager for Brianna Cash and executive director of the nonprofit D.A.S.H., was optimistic about the future.

“The growth we have had is exciting and the consumers have come back in droves to experience live music,” Pankey said.

With artists touring in record numbers the strategy of announcing ticket on-sale dates is more challenging than ever. Morgan offered that having a contingency plan and remaining flexible is necessary when multiple acts are jumping on the same on-sale dates.

Pinkus offered that planning further out puts artists in a better position to adjust, because “that’s the gig.”

“At the end of the day, you curate the right event, the right tour, people are going to come,” Pankey said.

There are still obstacles to that success. McMahon addressed labor challenges across the board from the box office to stagehands. “Every show is a surprise part,” she said

The same holds true for international touring. Morgan cited several examples of moving freight between countries, access to ports and shipping delays as persistent problems impacting foreign tours. He added that the economy is also a factor as consumers weigh spending options against an uncertain economy.

“It’s our job to look at the macroeconomic factors, supply chain and shipping delays,” Pinkus added. “It falls on the agents, managers and tour producers to anticipate these problems and move as deftly as possible to solve them.”

The panel said that the COVID-19 pandemic provided time to explore new technologies, security practices and ticketing options. Time off the road provided artists the freedom to create amazing art, according to Morgan.

Collaboration and cooperation across the industry has also improved. “This is all an interconnected ecosystem,” Pinkus said. “And a healthy ecosystem is better for all parties involved. There is a lot more cooperation in the music business than there was two or three years ago.”

Morgan said that venues are a major part of the equation and they are getting skilled at positioning themselves as viable partners when routing tours. Often the strength of the marketing team and local knowledge is a factor when deciding to work with a venue. “It’s a special skill set,” Morgan said.

Some things are out of anyone’s control including the impact of climate change on outdoor venues and festivals. As a result, indoor venues “are becoming a more attractive option,” Pinkus said.

Working with venues on rehearsal dates is increasingly difficult as calendars fill up, but the secondary and tertiary markets are eager to fill the void. Pankey said there is room for everyone.

“I’m huge on the secondary and tertiary markets in 2023,” Pankey explained. “There is a big opportunity there.”