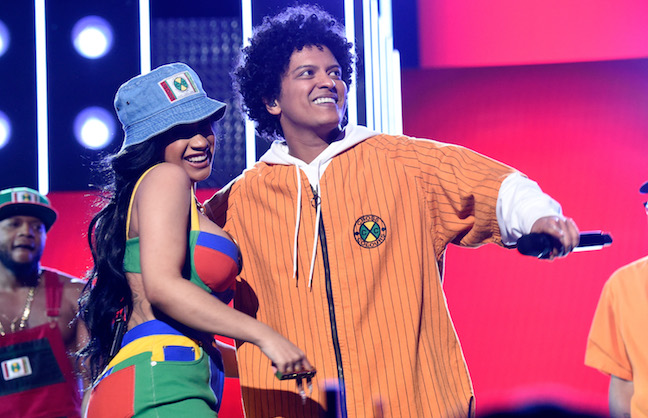 Cardi B and Bruno Mars, shown performing at the 2018 Grammy Awards, will be the big attraction on the third night of music at Atlanta's State Farm Arena. (Getty Images)
Bud Light-sponsored franchise gets Bruno Mars, Cardi B in debut year
Music has been an integral part of the Super Bowl since its debut in 1967, when marching bands hit the field at halftime. The relationship intensified in the '90s, when performances by Michael Jackson, Diana Ross and more created the Super Bowl halftime show a...