‘It’s Better to Have the Lights On’ 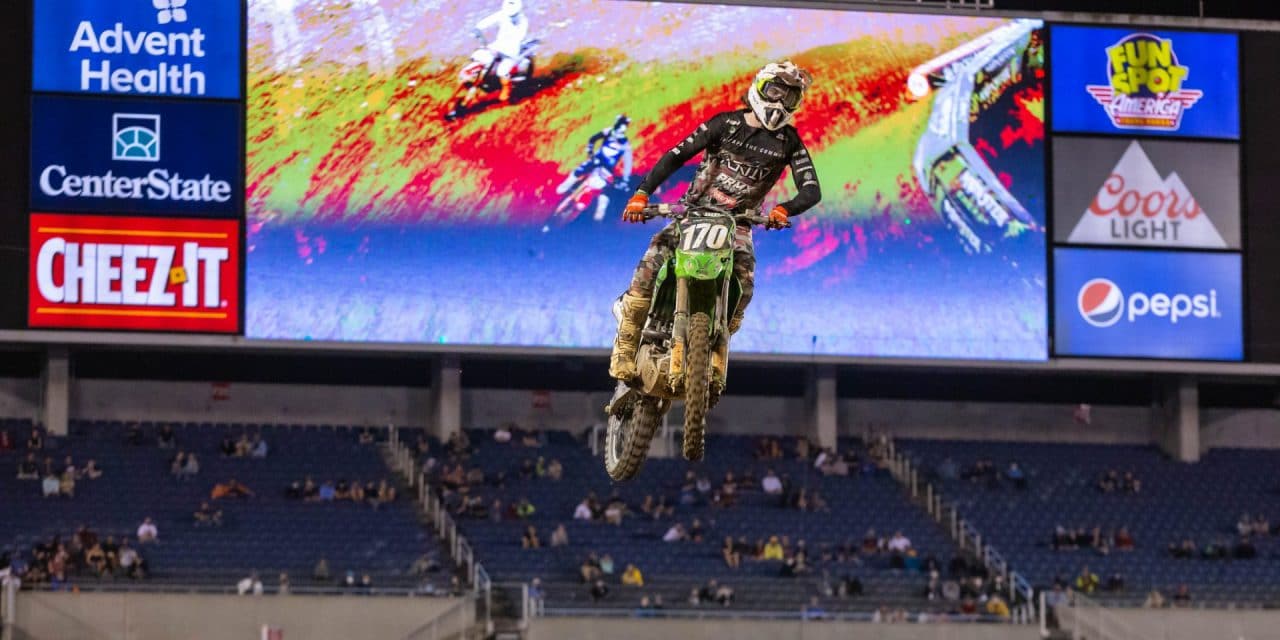 Orlando retains a sense of normalcy with crowds at stadium, arena

“We’re blessed when you consider how many venues don’t have fans yet or have greater restrictions on capacity than we have,” he said. “It’s a sense of normalcy for many people. For us, it’s better to have the lights on and having people come through the doors than not having any fans.”

At Amway Center, a building with 18,846 seats, the NBA’s Magic and ECHL’s Solar Bears have played basketball and hockey in a socially distanced setting equal to about 4,000 seats since their seasons started in December. The NBA dictates seating policies during the pandemic, Johnson said.

Camping World Stadium just completed a run of Feld Motor Sports events. There were two weekends of Monster Energy AMA Supercross (Feb. 13 and 20) and three performances of Monster Jam over two days (Feb. 27-28).  The 65,000-seat stadium was restricted to 20% capacity for those productions.

“Feld approached us,” Johnson said. “It’s smart; we put the dirt in one time for all those events. For Monster Jam, we made (limited capacity) up with multiple performances on one day that we used to do in one night. We had two Saturdays of motocross with really good crowds.”

Many patrons came from outside of Florida for the dirt shows due to greater restrictions in the states where they live. The anecdotal information came from conversations with bartenders working stadium concessions and club lounges, according to Johnson.

“They had to learn how to read all the out-of-state licenses to verify the birthdates,” he said.

In Florida, a state with no mask mandate and minimal COVID-19 restrictions, Orlando Venues has used common sense to plan for mass gatherings in accordance with Centers for Disease and Prevention guidelines.

“Our local rate for coronavirus has gone down to 5% and that’s a really good sign for us,” Johnson said. “Florida has had more vaccinations, at least the first dose, than we’ve had infections, which is another good milestone. We’re trending in the right direction.”

Orlando Venues has been proactive in reminding fans to wear face cover at events. The biggest issue with the mask requirement has been in the suites at Amway Center, a trend that falls in line with other facilities across the country, Johnson said.

Those premium patrons feel like they’re isolated in their own seating pod with family and friends, and maybe let down their guard a little bit, he said. Orlando Venues is doing a little more policing of those spaces to ensure compliance.

“We had one complaint at the first Supercross event,” Johnson said. “We took an approach at the stadium of doing warnings. The NBA has a more stringent rule about it.”

The group isn’t skimping on game day staffing either.

Orlando Venues and Levy, food provider for the arena and stadium, basically has the same philosophy as NFL teams and their vendors carried through for the 2020 season, Johnson said. Fewer people in the building does not translate to fewer workers and open concession stands.

“The footprint doesn’t change,” he said. “There’s actually more work because you people spread out. It’s tougher on cleaning. We used to go down every row and clean. Now, you skip three rows and find (where seats were occupied). There’s more work for less reward at this point.”