Jammin’ To The Oldies 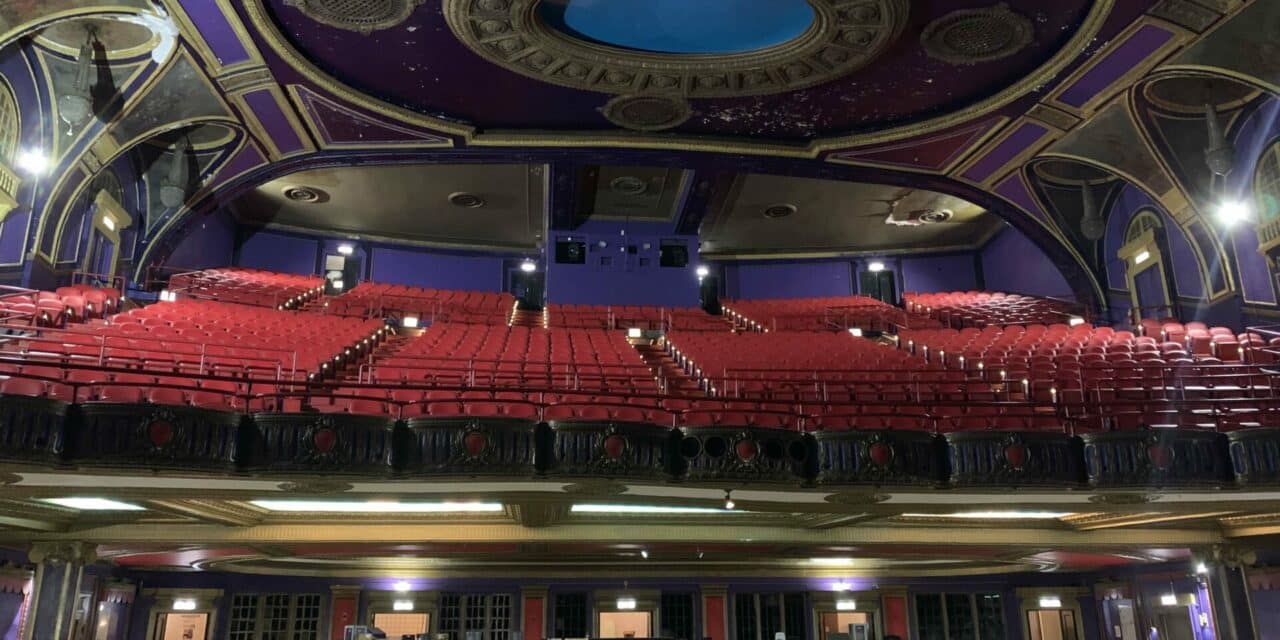 TAKE YOUR SEAT: The Riviera Theatre, which opened in 1917 in Chicago’s Uptown neighborhood, has 862 new balcony seats. (Don Muret/Staff)

CHICAGO — The Uptown Theatre has been shuttered for 40 years, but it’s still standing and coming out of the pandemic, Jerry Mickelson retains his vision for restoring the vintage 4,381-seat venue to its original luster.

The same is true for the smaller Riviera Theatre across the street. The 2,500-capacity venue, back in operation after the COVID shutdown, is going through a multi-phase, $10 million renovation that began in January.

Mickelson, owner of Jam Productions, the 50-year-old Chicago concert promoter, serves as the caretaker of these two historic facilities. Early in the 20th century, both theaters anchored a thriving entertainment and retail district in the Uptown neighborhood. For much of the past 50 years, the neighborhood itself had fallen in disrepair with a high crime rate and homeless population, but it’s been cleaned up and revitalized over the past two decades due to the efforts of local politicians and activists.

The Uptown Theatre, which opened in 1925, is among those neighborhood buildings still waiting for restoration. 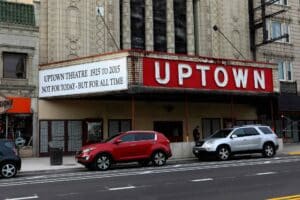 For six years, Jam Productions booked multiple performances by the Grateful Dead, Frank Zappa and Bruce Springsteen at the Uptown, among other rock acts, before it closed, due to the previous owner’s neglect in maintaining the building, Mickelson said. On Dec. 19, 1981, the J. Geils Band’s “Freeze-Frame” tour was the final concert at the Uptown before it shut down with an uncertain future. The bathrooms were barely functioning and Jam had to buy oil to heat the theater, Mickelson said.

For Mickelson, it’s been a long journey to get the Uptown back up and running after he was part of an investment group that purchased the facility in 2008. The pandemic and the issues it created with the increased cost of materials, supply chain and labor shortages, has escalated the project cost to $90 million, up from $75 million in 2018.

Farpoint Development, an initial partner in the restoration, pulled out in 2021. Mickelson won’t proceed with the project until he has all financing in hand. He’s got $50 million committed with another $40 million to go and plans to go back to the city of Chicago to request additional funding. A big chunk of that money will go toward installing new infrastructure systems tied to HVAC, electrical and plumbing equipment.

The cost for upgrading the Riviera, taking place while the theater is open, is financed by Mickelson and his building partners. Some money for refurbishing both theaters came from the Shuttered Venue Operators Grant, a federal program supplying financial relief tied to the shutdown of live entertainment. Jam got SVOG funds last August, and apart from paying staff, most of it went to improve the Riviera and Uptown, plus the Park West and The Vic, also owned in part by Mickelson.

At the Uptown, Mickelson and his partners have already spent tens of thousands of dollars to pay property taxes and keep the building intact with temporary heating and electricity units. Dave Syfczak, a retired Chicago policeman, stops by daily to help with upkeep, along with Bob Boin, a retired civil engineer and other volunteers.

Touring the Uptown Theatre almost feels like walking through an episode of the television show “Ghost Hunters,” due to the historical aspect and the attention to detail for all of the decorative elements still in place after 97 years. 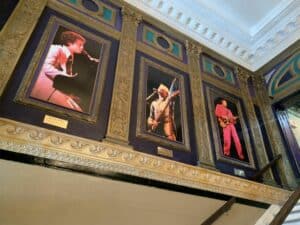 Chicago architects Rapp and Rapp designed both the Uptown and Riviera, among about 100 movie palaces across the country. Their Old World style of design showcases terra cotta exteriors, towering interior columns, marble walls and gold leaf ornamentation. The Uptown spans 46,000 square feet, designed with a massive front lobby stretching five stories tall. In 2011, Mickelson got married in that lobby in front of 300 guests. After the restoration is completed, he wants to hold post-concert electronic music dances in that space.

“Those areas upfront are so big that they could empty and fill the theater in 16 minutes,” he said. “People would be leaving and coming in at the same time and they never had to cross each other. It’s an amazing feat for a theater.”

A restored Uptown would stand as Chicago’s biggest theater. Mickelson has a plan to push capacity to 5,600 in which the 2,200 floor seats would be removed with portable chairs set up in a tiered format, similar to the Fox Theater in Oakland, California. The Uptown’s 1,700 original balcony seats made of wood and gold leaf remain intact and will be restored, he said.

“The Uptown has more square footage than Radio City Music Hall, but Radio City has more seats, so what that really means is that we have much grander lobbies, which will allow us to put in many more points of sale with big bars,” Mickelson said.

Many classic theaters are long and narrow, but Rapp and Rapp projects such as the Uptown and Riviera were designed with wider interiors in which the last row of seats is never too far from the stage.

“Typically, their balconies started in the 12th or 13th row above the main floor, so the best seats in the house are those three rows in front of the cross aisle,” he said. “At the Chicago Theatre (another Rapp and Rapp design), I price those seats at P1, just like I do on the main floor.”

Unlike the Chicago Theatre, though, where patrons sitting in the last row can touch the ceiling overhead, the Uptown’s ceiling is 30 feet above them, said John Booher, Jam’s director of venues.

“You don’t miss out on the grandeur of it,” Booher said. “You tilt your head back and go ‘wow.’” 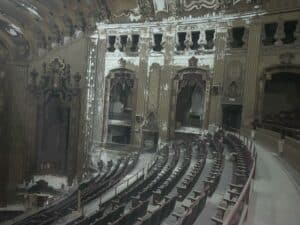 GHOST UPTOWN: The Uptown Theatre, built in 1925, is on the waitlist for a proposed restoration, at a cost that’s reached $90 million. (Don Muret/Staff)

At the Riviera, the wow factor is the new air conditioning system, a $1.7 million investment. It’s gone without that basic amenity for 15 to 20 years after the old system broke down and Jam couldn’t afford to fix it, Mickelson said. In mid-June, the new unit came in handy for the Tash Sultana show with record temperatures in the mid-90s in Chicago.

Restoration of the Riviera has involved tearing down sheets of plywood and stripping paint from floors that covered up original design elements. In that respect, it’s a different task compared with updating the Uptown, where most of the design features remain visible.

“From the front doorway up was plywood covering everything and it had been that way since we bought it in 2006,” Mickelson said. “It looked awful. We took it down and found the original windows above the doors.”

Those windows now provide daylight into the theater’s lobby. More plywood was removed from the lobby walls that covered up panels that were perfect for hanging large photos of artists performing past shows at the Riviera.

Steel plates that covered stairways were removed to reveal terrazzo surfaces. Cleaning and polishing years of crud off other stairs brought the original limestone finishes back to life. Tearing off purple wallpaper, officials discovered original stencil patterns and new wallpaper will be put up that matches those hidden designs.

In January, 862 new balcony seats were installed and end caps put on the aisle seats equipped with new lamps. In the basement, where event production crews are situated, backstage spaces were refreshed with touchless bathroom fixtures and combination locks for private rooms. On the catwalk platform high above the stage, Mickelson plans to create a new catering space for touring acts. There’s really no space in the basement to sit down and eat. For years now, folks sit on a couch in a dressing room balancing a plate of food on their knees.

“This venue is just as important to Chicago as the Fillmore West is to San Francisco,” he said. “We have to be stewards to bring these theaters back to life in the way they were designed, and that’s what we’re doing.”

Editor’s Note: This story has been revised since it was first published.