Renovations Paying Off For MVP Arena 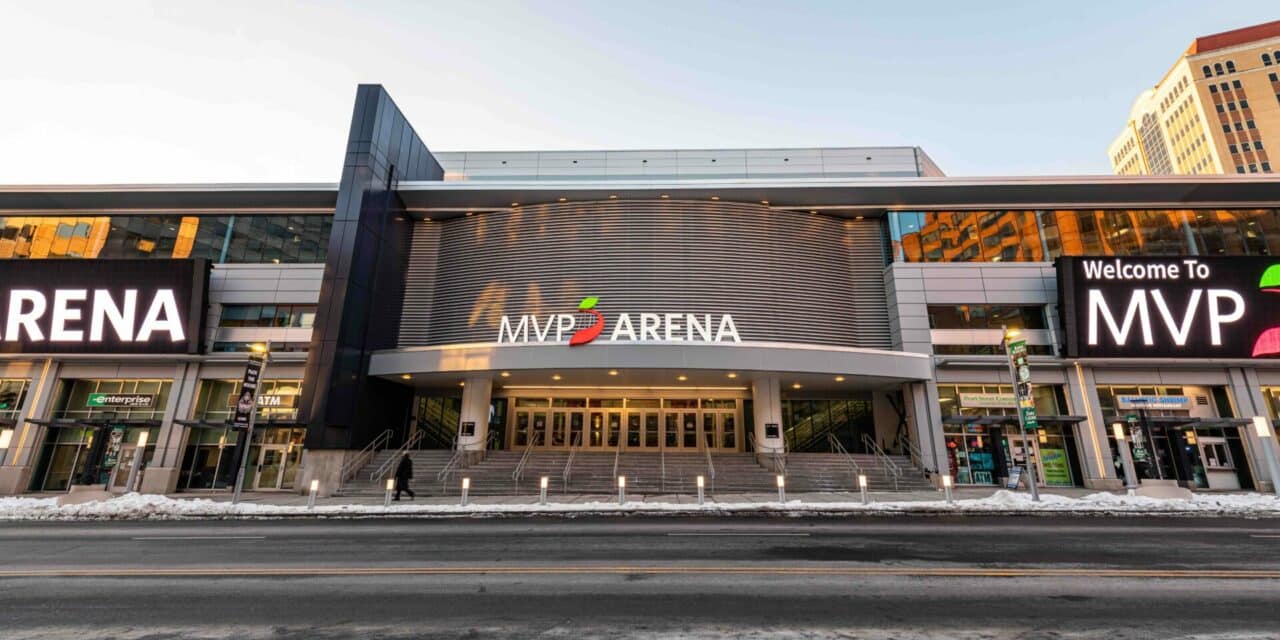 CAPITAL IMPROVEMENT: The former Times Union Center in Albany, New York, has been called MVP Arena, after a healthcare provider since the start of the year. (Courtesy Venue)

When Luke Combs’  Sept. 30 show at MVP Arena sold out less than 10 minutes, it marked another high note for the Albany, New York venue as it emerges from the global pandemic with its best year in decades.

The former Times Union Center, renamed in January for healthcare company MVP Health Services, recently completed $30 million in renovations. It’s proved to be fortuitous, according to officials with ASM Global, which runs the arena.

“It’s been a major help in producring some events like NCAA events and being able to host other ancillary events,” he said. “Albany County (the facility owner) does press conferences and other meetings in that area. It included building a media work area. We use it as a multifunction space where we do all kinds of meetings, parties, etc.”

The atrium expansion has cut down utility costs by enclosing the main entrance.

“So, it helps to keep the rest of the building warm during the winter, cool during the summer,” Sims said. “All around, that was a great project.”

Work also included enclosing the rear entrance of the arena, which allows guests to get from the parking garage into the arena in a covered, temperature-controlled space.

Two LED video screens have been installed on the building’s exterior.

Next up is the $5.2 million replacement of the scoreboard and ribbon boards in the bowl, improvements expected to be complete by September.

“The current system is fairly old at this point,” he said. “Some of the data that we need to input is archaic.”

A locker room renovation is ongoing.

“It’s going to be a good boost for people who work back of house,” Sims said

The building’s locker rooms were controlled by one HVAC unit and most of the rooms were restricted to one temperature level.

“We could only change them in bulk,” Sims said. “Now, each of the rooms will have their own temperature control. Each room will have a heat pump to heat or cool them individually. It’s a perk the general public won’t see, but the tours coming in will be certainly more impressed and be more comfortable coming back to our building, so hopefully it leads to more shows.”

In addition to Combs, MVP has played host to John Mayer, Journey and Sebastian Maniscalco this year and upcoming shows include Roger Waters, Cody Johnson and My Chemical Romance.

Frank Sinatra opened the building in 1990 and Ariana Grande launched her tour there in 2019.

“We get a lot of good events coming through the building,” Sims said. “That has a lot to do with our general manager Bob Belber, whose relationships with promoters and work he does on all fronts to keep us on the map for those tours to stop through.”

“There are also several local promoters we work with,” Sims said.

MVP Arena had its second most profitable year ever in 2019, with 11 sold-out concerts, NCAA Division I Women’s Basketball Regionals and the AFL’s Arenabowl. 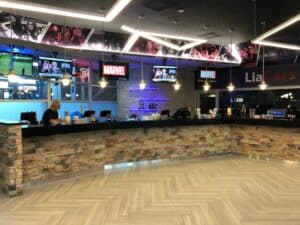 “The tenants are doing well,” Sims said. “Everyone hopes for better attendance, but overall, the events are happening and there seems to be a good number of people coming in.”

Aramark is the arena concessionaire.

The arena has 25 suites and a super box with 50 seats called the Lia Lounge (for an auto dealership group) that has a bar attached to it. Those premium spaces were upgraded before the pandemic shutdown.

The entire concourse was repainted, with concessions areas remodeled.