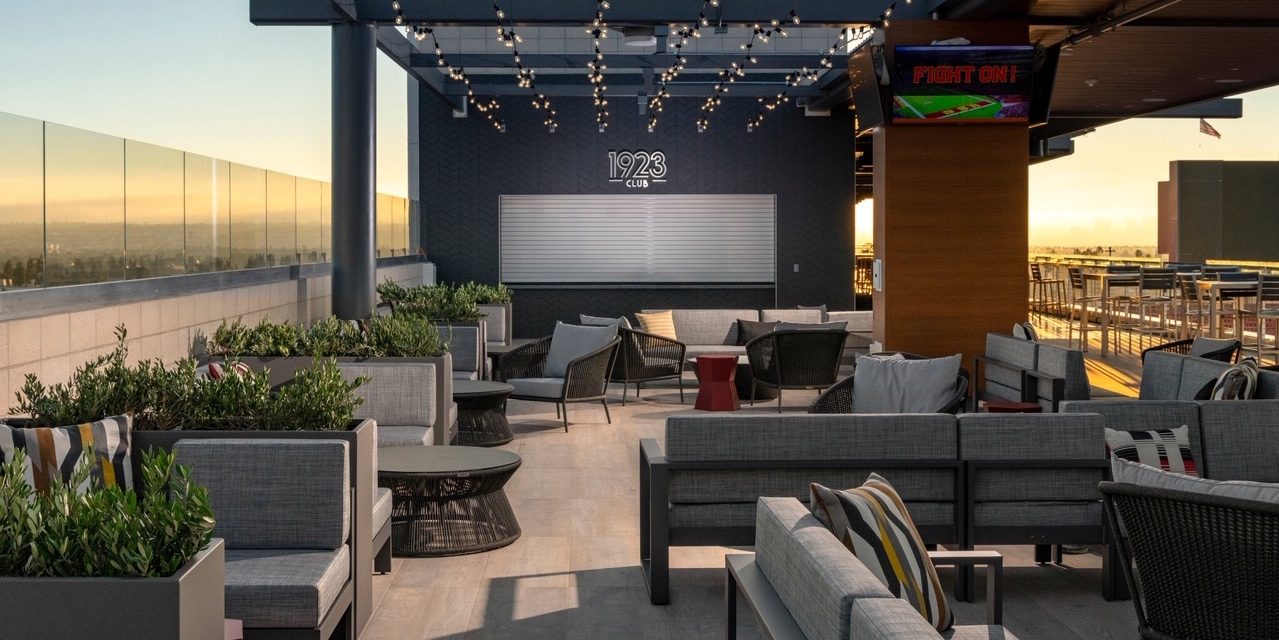 A look at the 1923 Club, which will make its USC football debut Aug. 31. (Courtesy USC) Spectacular views prompted development of 1923 Club The hidden gem of the $315 million renovation of United Airlines Field at the Los Angeles Memorial Coliseum, according to project officials, is the 1923 Club, the expansive rooftop deck constructed at the historic stadium’s highest level. The coliseum has been home to the University of Southern California football team since 1923, and the rooftop name reflects that heritage. The general admission space sits atop the Scholarship Club Tower, the new seven-story premium seat structure on the south sideline.  To gain access to the 1923 Club, patrons must be a donor to the Trojan Athletic Club. Individuals pay a $2,500 membership fee that covers two people. The fee does not include game tickets. USC athletic department officials, in conjunction with Legends, the school’s sales agency, restricted […]
To access this post, you must purchase Subscribe to VenuesNow – 1 Year, Subscribe to VenuesNow – 2 Years or Subscribe to VenuesNow – 3 Years. If you are already a member of VenuesNow, please login here: log in