Life After the Games? 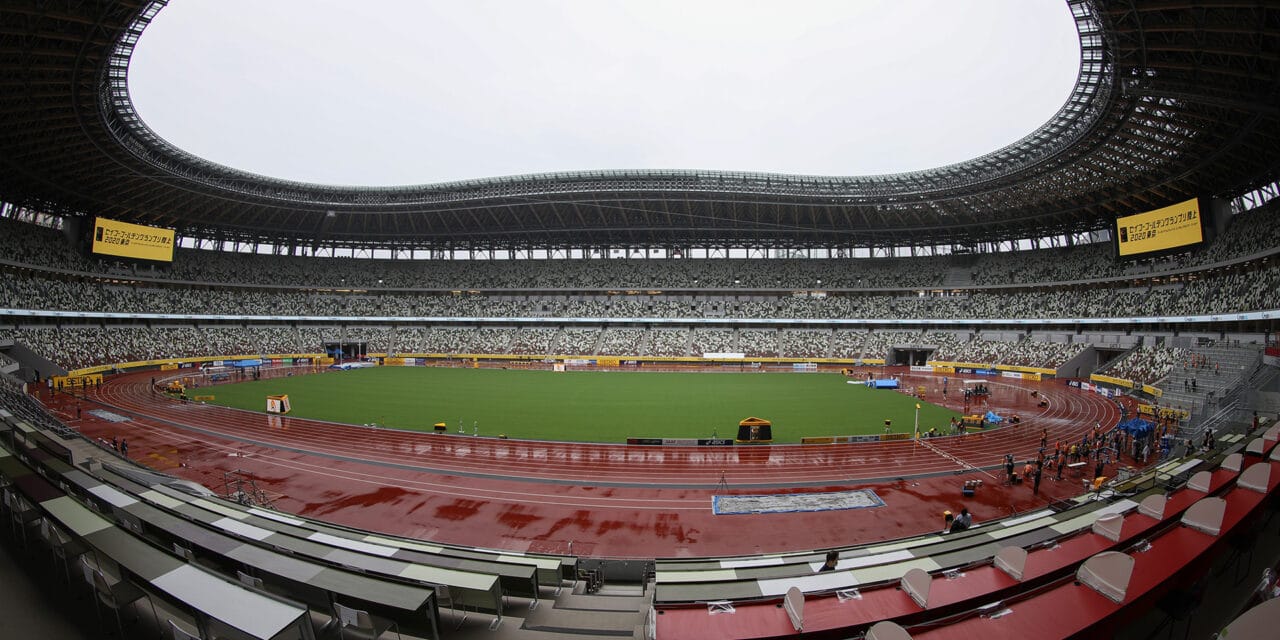 LONESOME SIGHT: The interior of the stadium, seen during the test event there in 2020. (Getty Images)

The Japanese government’s sudden but by no means unexpected announcement that many official venues for the 2020 Tokyo Olympics and Paralympics would ban the general public from attending events (pending a reported late request from the International Olympic Committee to allow fans) has been met with disappointment and anger. For most of the year Japanese public opinion has leaned toward cancellation or another postponement of the Games for safety reasons, so the negative reaction to the government’s decision to not allow audiences because of a presumed fifth wave of COVID-19 infections in the capital was an intensification of already bad feelings.

Fundamental to these feelings is a realization of how much money and resources the host city and country have spent to hold the Games. The main symbol of that cost is the Olympic Stadium, to be known as the Japan National Stadium after the Games. It replaced the former National Stadium that was built for the 1964 Tokyo Olympics and which was in use right up until it was torn down.

From the beginning, construction of a new stadium was both controversial and a foregone conclusion. In principle, the IOC promotes the use of existing facilities in host cities, and Tokyo’s bid strategy to host the 2020 Games was based on a “compact” plan that would keep all events within a manageable area by using existing facilities as much as possible. However, that principle was quickly abandoned once Tokyo was chosen. Though there was talk that the IOC demanded more seating capacity than that afforded by the old National Stadium, the media reported at the time that “vested interests” had pressured the government to build a new one. In order to persuade the public that a new stadium was needed, the Japan Sports Council said it needed a new main venue for the 2019 Rugby World Cup, which would be held in Japan.

The first major problem with the new stadium was the design submitted by the late U.K.-based architect Zaha Hadid. The government accused the architect of inflating costs, but the unusual design also seemed to offend many local architects, who petitioned the government to scrap the plan. The follow-up design, by Japanese architect Kengo Kuma, was less expensive, but the delay caused by the change of plans meant that it wouldn’t be finished in time for the Rugby World Cup.

In 2015, the public was told that the stadium would cost 162.5 billion yen, and despite labor and materials shortages by November 2019, when it was completed, the cost of the stadium was down to a little more than 150 billion yen ($1.39 billion), thanks to cutting corners in terms of facilities (exposed pipes, lack of ornamentation, minimizing the number of toilets). The main problem then became who would pay for it. Though it is a “national” stadium, the central government expected the Tokyo Metropolitan Government to shoulder at least a third of the cost, meaning both Japanese taxpayers and Tokyo residents are paying for the building.

The price was still very high, however, and invariably led people to wonder if the new National Stadium would have any use beyond the Olympics, especially given that so many stadiums built for past Olympics in other cities have remained dormant since their respective games. Though Kuma’s stadium is cheaper than the one designed by Hadid, its maintenance costs are estimated to be higher, as much as 2 billion yen a year. The most logical use is for international track and field events, but such meets rarely come to Japan and in 2019 Japan’s athletics authority said the usage fees for the stadium would be prohibitively high. Also, the stadium lacks a 200-meter sub-track, which is normally necessary for international meets. Though it was supposed to be used for the Rugby World Cup, Tokyo already has other venues that can be used for international level rugby games, so converting the stadium for such uses would be a waste of money.

Originally, officials chose to renovate the stadium for soccer games, but that plan was scrapped due to the cost as well, since J.League, Japan’s professional soccer league, said no team would be able to afford the stadium as its home field.

Another option is for staging concerts, which seemed like a good idea several years ago because so many large-scale concert venues in Japan had closed down for renovations or replacement. But, again, industry people said the new National Stadium is just too big for concerts. There are not enough artists who can fill such a venue often enough so as to make any dent in the stadium’s enormous debt. The stadium is perfectly situated right in the geographical center of Tokyo, convenient to many train lines and accessible to all. It could be a valuable addition to the capital if it weren’t so big and expensive to run.

Philip Brasor is a freelance writer in Japan. He has been Asia correspondent for Pollstar since 1999.

The Stage Is Set (But the Seats Won’t Be Full)