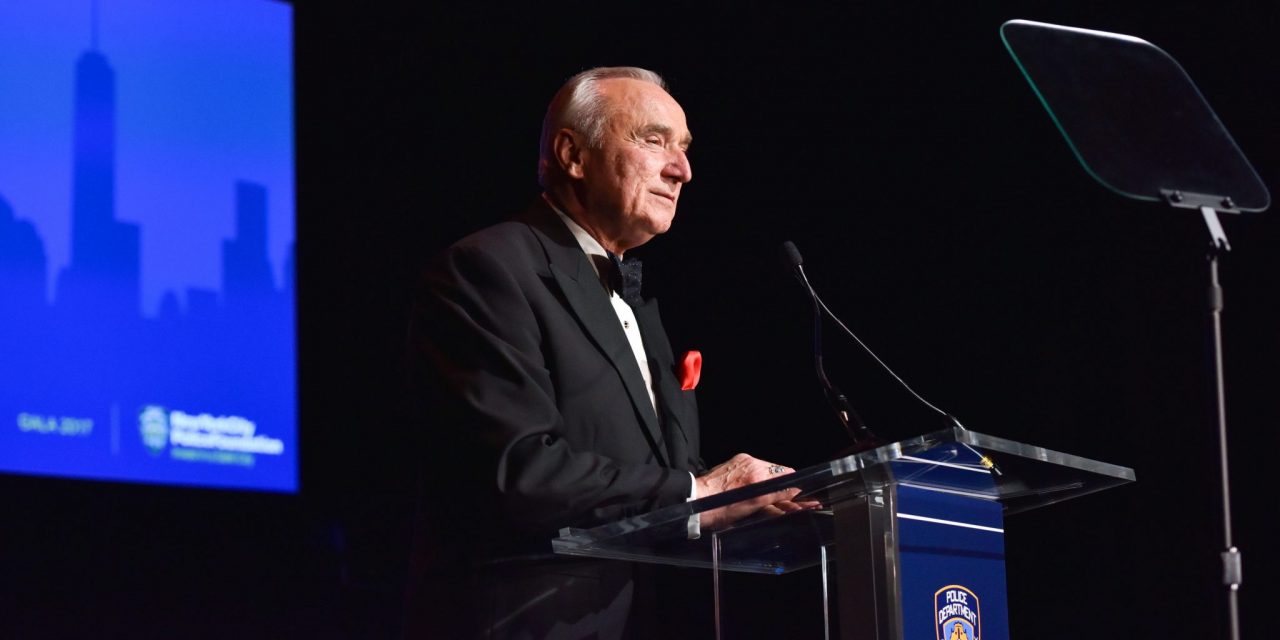 Bill Bratton speaks at the New York City Police Foundation 2017 Gala. (Getty Images) VenuesNow Conference speaker discusses his role on the homeland security panel and some favorite police movies  Veteran law enforcement officer Bill Bratton has spent his entire life on the front lines as police commissioner in Los Angeles, New York and Boston, and now as vice chairman of the 30-person bipartisan Homeland Security Advisory Council, a panel that serves the secretary of homeland security on issues of interest or concern. In his role as chairman of Prevent Advisors, the security division of Oak View Group (OVG is the parent company of VenuesNow), Bratton has made it his business to use the most contemporary solutions for preventing and reacting to attacks such as the Manchester Arena bombing after an Ariana Grande concert or the mass shooting during the Route 91 Harvest country music festival in Las Vegas.  He […]
To access this post, you must purchase Subscribe to VenuesNow – 1 Year, Subscribe to VenuesNow – 2 Years or Subscribe to VenuesNow – 3 Years. If you are already a member of VenuesNow, please login here: log in