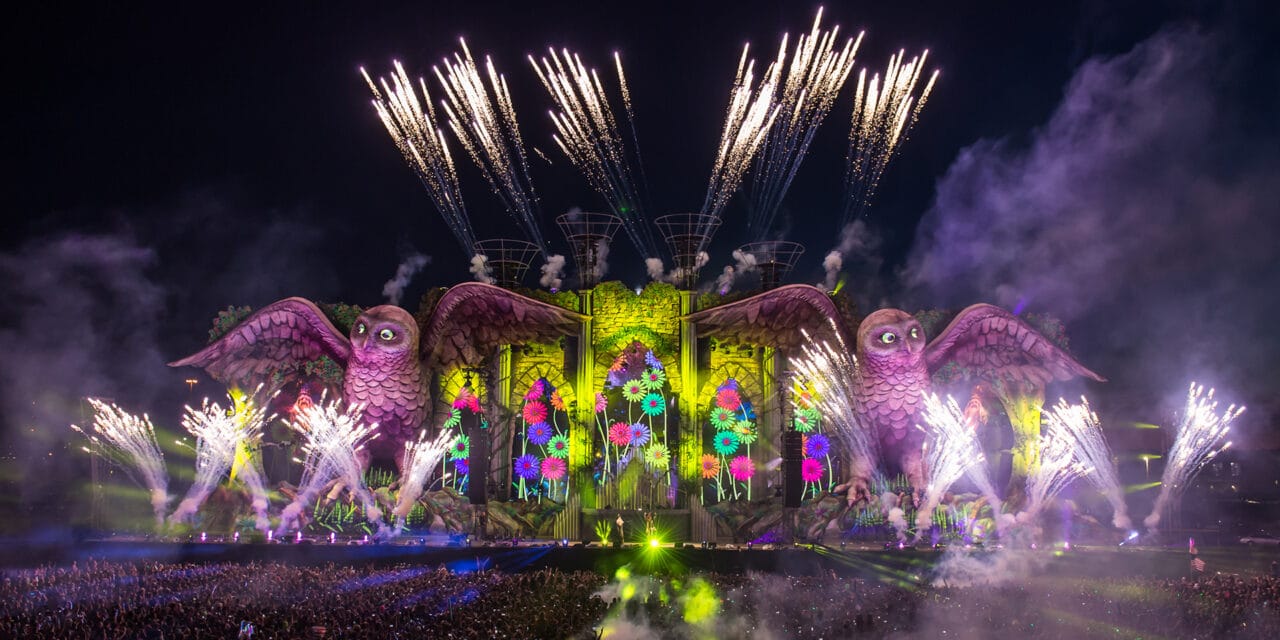 IT WAS A HOOT: Electric Daisy Carnival at MetLife Stadium was the best-attended Memorial Day weekend concert of 2014. (Getty Images)

Memorial Day in the United States has been a national holiday since 1971 to honor those who died while in military service to the country. Over time, however, the holiday on the last Monday in May and the days leading up to it have also become synonymous with the kickoff of the summer concert season.

While American music lovers patiently await the return of full-capacity concerts, the archived box-office results from 2000 through 2019 give us a historical look at those who ruled the turnstiles over Memorial Day weekends during the past two decades.

Among the concert engagements that moved the most tickets during the holiday weekend in each of those 20 years, 11 of them were either festivals or one-off shows that featured multiple artists. The remaining nine were concert engagements performed by a single headliner.

The 2001 edition of the now-defunct HFStival at RFK Stadium in Washington reigns as the best-attended event of the bunch. With sets by Green Day, Staind, Live, Coldplay, Linkin Park and many others May 27-28, it logged a total headcount of 115,143. The festival was produced by former Washington/Baltimore progressive rock radio station WHFS.

The only other event to hit the 100,000 mark in sold tickets was New York’s third annual Electric Daisy Carnival in 2014. The Insomniac-produced festival sold the most tickets that year from shows on May 24-25. MetLife Stadium in East Rutherford, New Jersey, hosted the festival, which featured marquee names such as Tiësto, Bassnectar, Hardwell and Afrojack.

The same two festivals also follow at Nos. 3 and 4 based on box-office results recorded, in both cases, in the following year. The 2002 edition of HFSTival, also held at RFK Stadium, moved 95,983 tickets to rank third, while 2015’s Electric Daisy Carnival, staged for the New York/New Jersey market and also held at MetLife Stadium, follows as the fourth-highest with 91,432 tickets.

Beyoncé (No. 5) is the top solo headliner to claim No. 1 during Memorial Day weekend in a particular year. Hers was 2016, when she was on the road with her “Formation” world tour. She played two nights at Soldier Field in Chicago on May 27-28 and racked up a sold-ticket count of 89,270. Incidentally, with revenue of $11.3 million, her Memorial Day weekend engagement was the top grosser at the box office among the 20 events.

Taylor Swift was the top draw in two of the years: 2013 during her “Red” tour and again in 2018 with her “Reputation” stadium tour. During the latter, her Memorial Day weekend performance at Sports Authority Field at Mile High (now Empower Field) scored an attendance of 57,140 to rank ninth on our list. The 53,020 tickets she sold in 2013 at AT&T Stadium in Arlington, Texas, is 11th.

The Sasquatch! Music Festival, which occurred at The Gorge in Washington state during Memorial Day weekend from 2002 until 2018, had the highest attendance in four consecutive years, 2007 through 2010. The Rocklahoma Festival in Pryor, Oklahoma, ranked highest with its three-day run in 2017, and the 105.9 X-Fest radio concert starring Godsmack, Staind, Trapt and The Used sold the most tickets in 2003. The next year, Jimmy Buffett, Alan Jackson and George Strait were the top draw, playing for a Dallas crowd of 48,987 on May 29 at Texas Stadium.

’N Sync (2000), Kenny Chesney (2005), Pearl Jam (2006), Phish (2011) and Dave Matthews Band (2012) each registered the top ticket count in one year apiece, while the most recent Memorial Day weekend performance was Eric Church’s 2019 concert at Nashville’s Nissan Stadium. His show on May 25 drew 56,521 fans and set an attendance record for a concert headliner at the venue, surpassing Swift’s record set the previous summer by 409 seats.