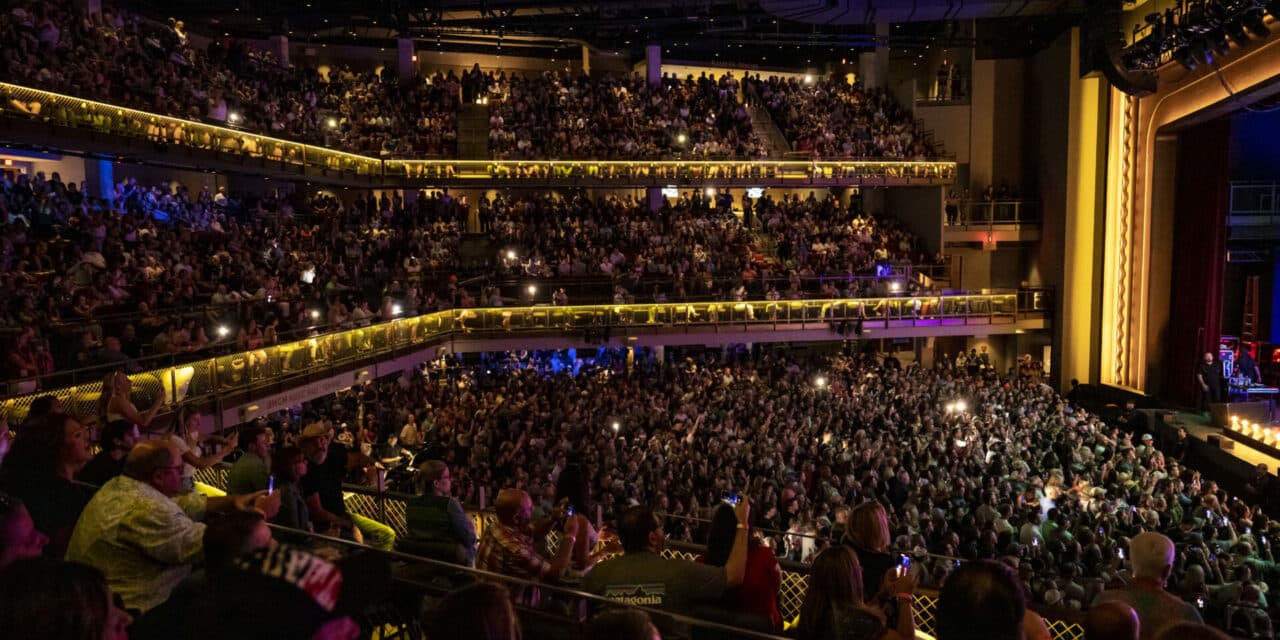 The MGM Music Hall at Fenway had its ribbon-cutting on Aug. 22, kicking off a run of major music events with the backing of the Boston Red Sox and concert behemoth Live Nation.

The new 5,000-capacity venue is tucked into a parking lot at the corner of Lansdowne and Ipswitch Streets directly behind Fenway Park, the historic home of the Sox.

Red Sox Chairman Tom Werner’s Fenway Sports Group Real Estate originated the project, while the Fenway Music Company and Live Nation — under the guidance of legendary Boston promoter Don Law — will operate the 91,500-square-foot venue. The facility encompasses four levels, with the furthest only 110 feet from the stage.

There are 2,000 fixed seats, with removable seats on the floor for general admission, coat checks on all levels and 10 bars. The venue debuted with James Taylor on Aug. 29-30. Three nights of Bruno Mars on Sept. 7, 9 and 11 marked the official launch. Upcoming gigs include Porcupine Tree, Rosalia, Roxy Music, Lil Nas X and Lamb of God.

Law, chairman of Live Nation Boston, said the success of the 2,500-capacity House of Blues Boston made it clear the market needed a larger room.

“The size, versatility and thoughtful design serves as a convincing option for artists of all sizes that would like to play the market,” he said. “A room of this size fits well with our other venues in the market.” That list includes the 450-capacity Brighton Music Hall, the 900-seat Paradise Rock Club, the 2,700-seat Orpheum Theatre and the 5,000-seat Leader Bank Pavilion.

The design and construction of the venue was completed by Gilbane, Inc. (general contractor), DAIQ (architect) and Jones Lang LaSalle (project management). The open-air rooftop provides a view of the downtown Boston skyline. Solar energy increases the venue’s sustainability.

Over 2.7 million pounds of steel were used to construct the building and 80,000 concrete masonry unit blocks make up the venue walls. Roughly 8,500 cubic yards of concrete were poured and 600 tons of reinforced bars were used during the construction process.

“Fenway Sports Group owner John Henry had a keen vision regarding the aesthetics of the venue and how it would fit in with historic Fenway Park,” Law said. “He took us out one winter day in the early planning stages and pointed out all of the design elements of the stadium that should be incorporated.”

With acts like Bruno Mars, Chris Stapleton and Roxy Music typically performing in larger venues, Law says his strategy does not necessarily include underplays.

“It was very important for us to launch a special venue with world-class entertainers,” he said. “Numerous large acts have reached out expressing interest in the venue who are longing for a more intimate setting. It makes sense for them to play multiple dates in a venue like this rather than one show at a larger venue.”

The MGM Music Hall at Fenway will partner with its neighbor, the Boston Arts Academy, the city’s only public high school for the visual and performing arts.

The collaboration with Fenway Park culminates a two-decade-plus relationship the promoter has had with the Red Sox, producing over 90 shows at the historic stadium.

For Law, the MGM Music Hall at Fenway is the culmination of a concert promotion career that saw him manage the famed Boston Tea Party club in 1968.

“Boston has always punched above its weight class as a music market,” he said. “It has very progressive tastes and a true passion for live entertainment and the arts.”