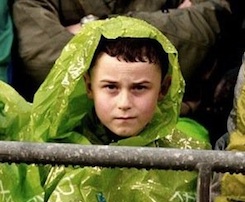 Comments: The former Qwest Field has a new name, CenturyLink Field. Qwest was bought out by CenturyLink, the third largest telecommunications provider in the country, in April.

CenturyLink took over the deal, which was slated to run through 2014,...