NBA’s Time Winds Down at Oracle 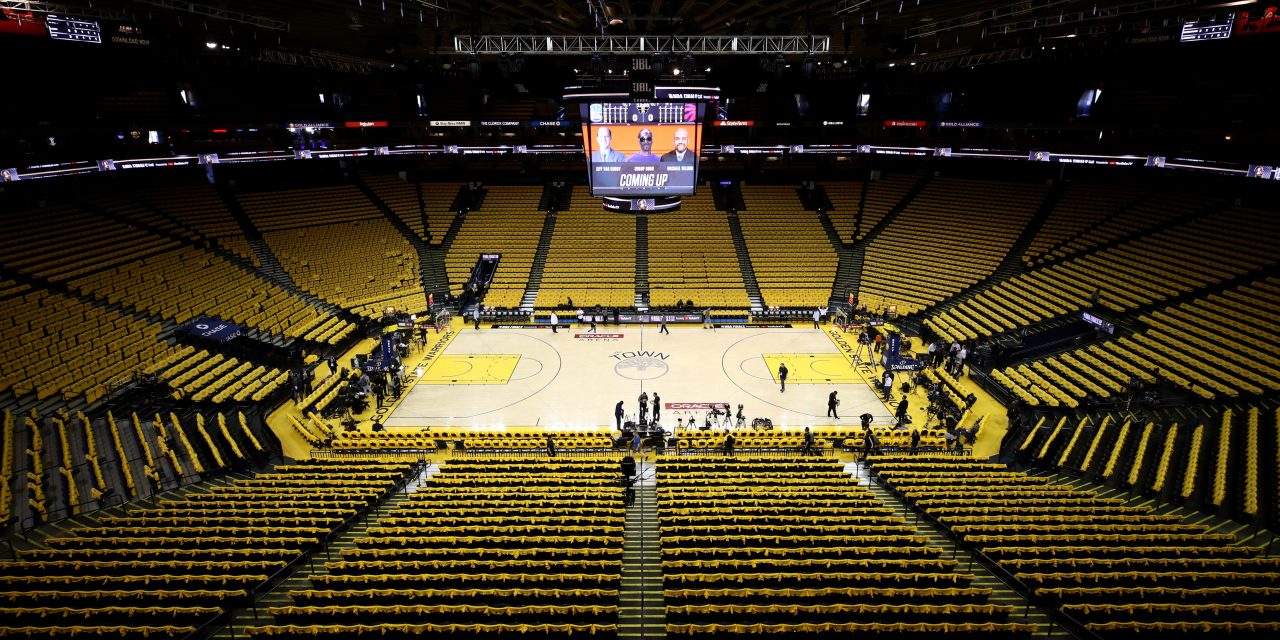 Oracle Arena, with T-shirts draping its seats, sat ready for Friday’s Game 4 of the NBA Finals. Thursday night’s Game 6 will be the final NBA game at the 52-year-old arena. (Getty Images) Warriors play their last game at league’s oldest arena on Thursday night On 2,088 occasions, the Golden State Warriors have suited up inside Oakland’s Oracle Arena for an NBA regular-season or playoff game. On Thursday night, No. 2,089 will be the last time ever. As the Warriors prepare to return to San Francisco and the new $1.4 billion Chase Center ahead of next season, the NBA Finals — one that has the Toronto Raptors taking a 3-2 lead back to Oakland for Thursday’s game — offers a high-stakes farewell to the league’s oldest venue. It opened in 1966 as the Oakland-Alameda County Coliseum Arena — a name the venue held for about 20 years — sitting next door […]
To access this post, you must purchase Subscribe to VenuesNow – 1 Year, Subscribe to VenuesNow – 2 Years or Subscribe to VenuesNow – 3 Years. If you are already a member of VenuesNow, please login here: log in