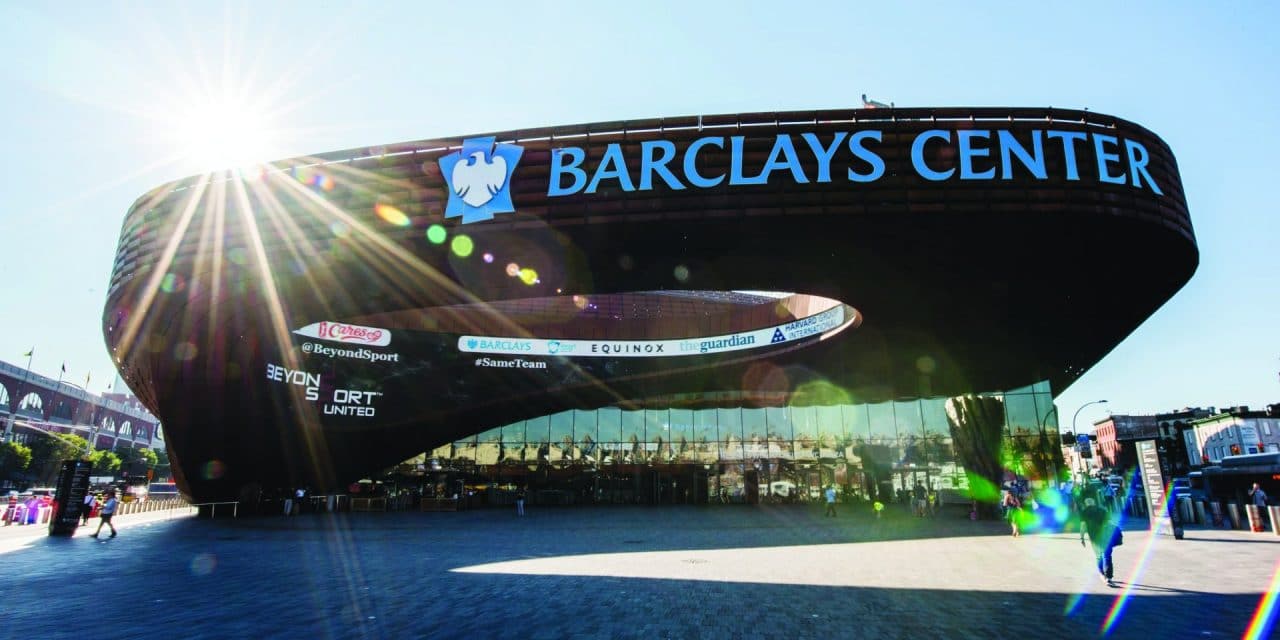 Barclays Center in Brooklyn will be among the venues welcoming fans back Feb. 23. (Courtesy venue)

Major New York stadiums and arenas with a capacity of 10,000 or more are preparing to welcome a limited number of fans starting Feb. 23 after Gov. Andrew Cuomo cleared the way with an announcement Wednesday.

The decision follows the success of a pilot plan that allowed the NFL’s Buffalo Bills to have about 6,700 fans in attendance for playoff games at 71,870-capacity Bills Stadium on Jan. 9 and Jan. 16, the first time they had had people in the seats since the COVID-19 shutdown last year.

Venues and events that open their doors will be required to follow guidelines similar to those used for the Bills games. They include Department of Health approval for venues and events; a 10 percent capacity limit; testing requirements; mandatory face coverings; temperature checks; and assigned, socially distanced seating.

Sites must also collect contact information from attendees to be used for contact tracing and meet enhanced air filtration, ventilation and purification standards.

Barclays Center, which seats 17,732 for basketball at full capacity, has already been approved to reopen Feb. 23, when the NBA’s Brooklyn Nets are scheduled to play the Sacramento Kings, the state announced.

The Nets welcomed back their fans in social media posts that included a thank-you to state officials from John Abbamondi, CEO of BSE Global, owner of the Nets and the arena.

“The Governor has played a tremendous role in getting New York businesses back on their feet and we are proud to announce that for the remainder of the season we are donating a portion of ticket proceeds to support vaccination efforts here in Brooklyn,” Abbamondi wrote.

New York City Mayor Bill de Blasio said during a news briefing Wednesday that he had talked Tuesday with Abbamondi about the possibility of opening a COVID vaccination site at Barclays Center.

Meanwhile, Madison Square Garden said that it planned to host about 2,000 fans, starting with the NBA Knicks game against the Golden State Warriors on Feb. 23 and the NHL Rangers’ game vs. the Boston Bruins on Feb. 26.

The success of events in approved venues over the coming weeks will help inform the reopening process for smaller venues in the future, the state’s announcement said.