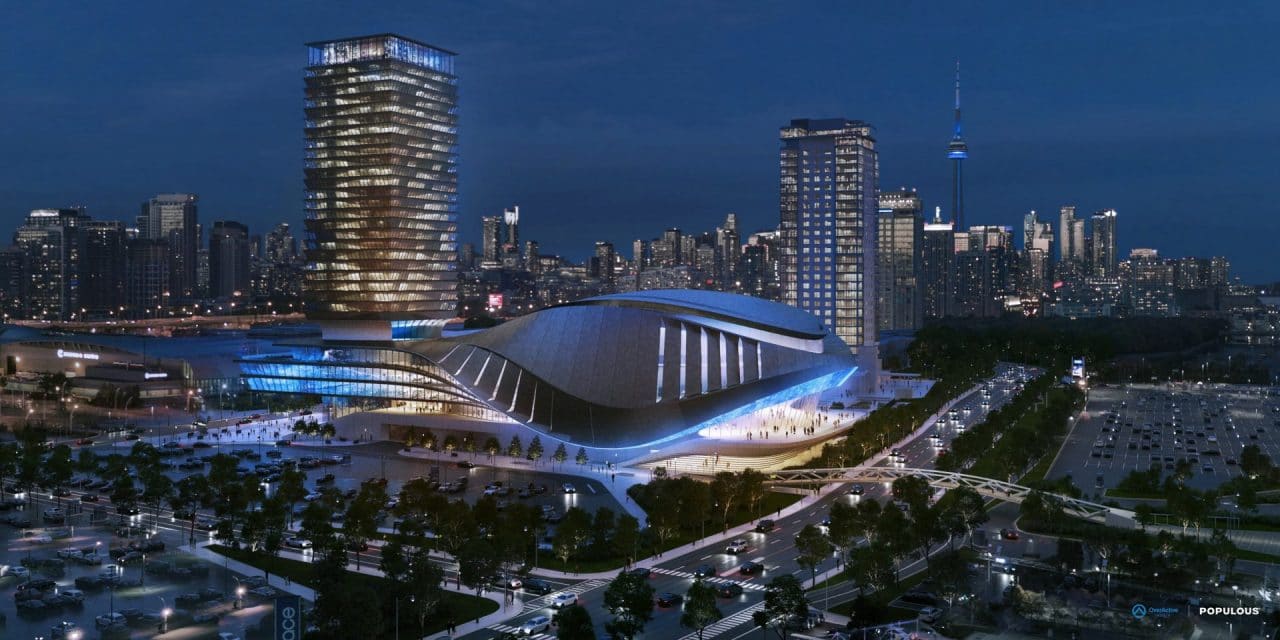 The venue, planned for the Toronto waterfront, would have a capacity of 7,000. (Populous)

OverActive Media is taking the next step forward for North American esports venues with plans for a nearly $500 million venue in Toronto that’s projected to be completed in 2025.

The Toronto-based esports and entertainment organization on Monday announced details of the privately financed project, a 7,000-seat theater-style entertainment venue to be designed by sports architect Populous. A hotel is also part of the plans. 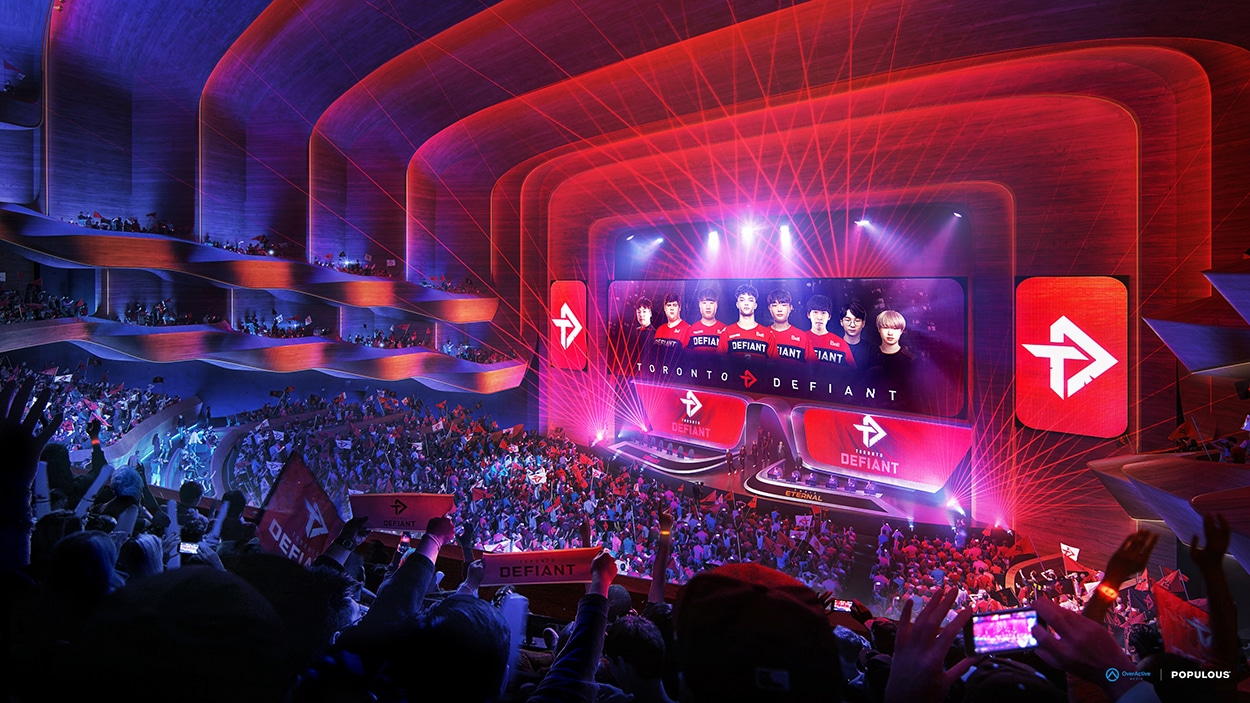 The venue will be designed as a theater for both esports and concerts. (Populous)

OverActive Media owns the Toronto Defiant of the Overwatch League and the Toronto Ultra of the Call of Duty League, which will make their home at the planned facility. The organization also operates the Spain-based MAD Lions organization, which has teams in the League of Legends European Championship  and Counter-Strike: Global Offensive.

Plans call for the facility to host more than 200 events a year, driven by music and entertainment bookings in addition to the esports dates. It will be built on 4 acres in the waterfront Canadian National Exhibition grounds just west of downtown Toronto.

“It has always been our intention to develop a venue and hosting strategy and to build a facility that could not only serve as an iconic home for our two franchises, but ultimately emerge as a global hub for major international esport events,” said Chris Overholt, OverActive’s president and CEO, in a statement included with the announcement.  “We are already in active discussions to attract some of the biggest esport events in the world. This venue will redefine Toronto’s event hosting opportunities in every way.”

Jonathan Mallie, senior principal and lead designer for Populous, said in a statement: “The design of the theatre was neither conceived as a sports arena nor an opera house, rather, a new typology that straddles the two — a state-of-the-art performance venue. The theatre architecture creates a merger of the old and the new.”

The most prominent venue planned specifically for esports in North America to this point has been 3,500-capacity Fusion Arena, a $50 million facility being built by Comcast Spectator and The Cordish Cos. at the Philadelphia Sports Complex as a home for the Philadelphia Fusion of the Overwatch League. Construction on that building, also designed by Populous, was put on hold in the fall because of the coronavirus.

The Toronto projects tracks more with the elaborate esports facilities in Asia. In early January, for example, reports of the Shanghai International Culture and Creative Esports Center, a project planned with a 6,000-capacity esports arena as well as a hotel, office building and extras like an indoor skydiving center, put the total price tag for the complex at $1.5 billion.