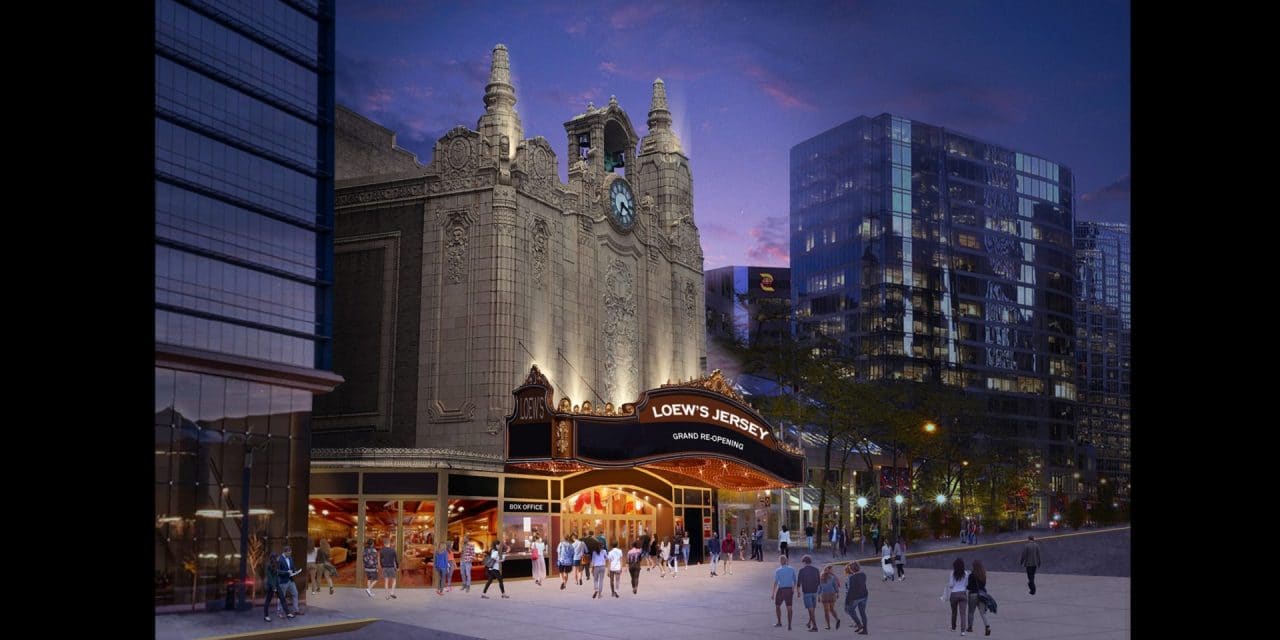 Another of the New York City-area “Wonder Theaters” is on track to become a state-of-the-art entertainment venue, thanks to a major renovation and the help of Devils Arena Entertainment.

Devils Arena Entertainment is an affiliate of the NHL’s New Jersey Devils that operates the team’s home, Prudential Center in Newark. It will work with the city of Jersey City on the project. Jersey City Mayor Steven Fulop announced the partnership late last month. Harris Blitzer Sports & Entertainment owns the Devils.

The venue operates as a performing arts center now, owned by the city and operated by a community group, Friends of the Loews. Under the new agreement, that organization will continue as the nonprofit arm of the theater.

Plans call for improvements including updating video and audio technology, meeting ADA requirements for entry and exit at the front and back of house, infrastructure upgrades and historical preservation of some of the theater’s production elements.

The city touted the project as an engine to drive redevelopment in the Journal Square section of Jersey City, a major transit hub.

“We know the importance that live performances play galvanizing communities and stimulating economic activity,” said Hugh Weber, president of Devils Arena Entertainment, in a statement. “We envision Loew’s Jersey Theatre as a catalyst to help the citizens of Northern Jersey get back, literally, on their feet to celebrate world-class arts and music.”

Once the restoration is complete, Devils Arena Entertainment will book national acts for the theater in addition to managing it.

The Loew’s Jersey is one of five “Wonder Theaters” that opened in the New York City area in 1929 and 1930, known for their lavish design and large capacities. All five are still in operation either as performance venues or churches, and one, the Kings Theatre in Brooklyn, has become a major concert stop after reopening in 2015 following a painstaking renovation.

Concerts in recent years at the Loew’s Jersey Theater in Pollstar’s box office reports include Kurt Vile and Courtney Barnett in 2017, Yo La Tengo in 2016, Sufjan Stevens in 2015, and Neutral Milk Hotel in 2014.