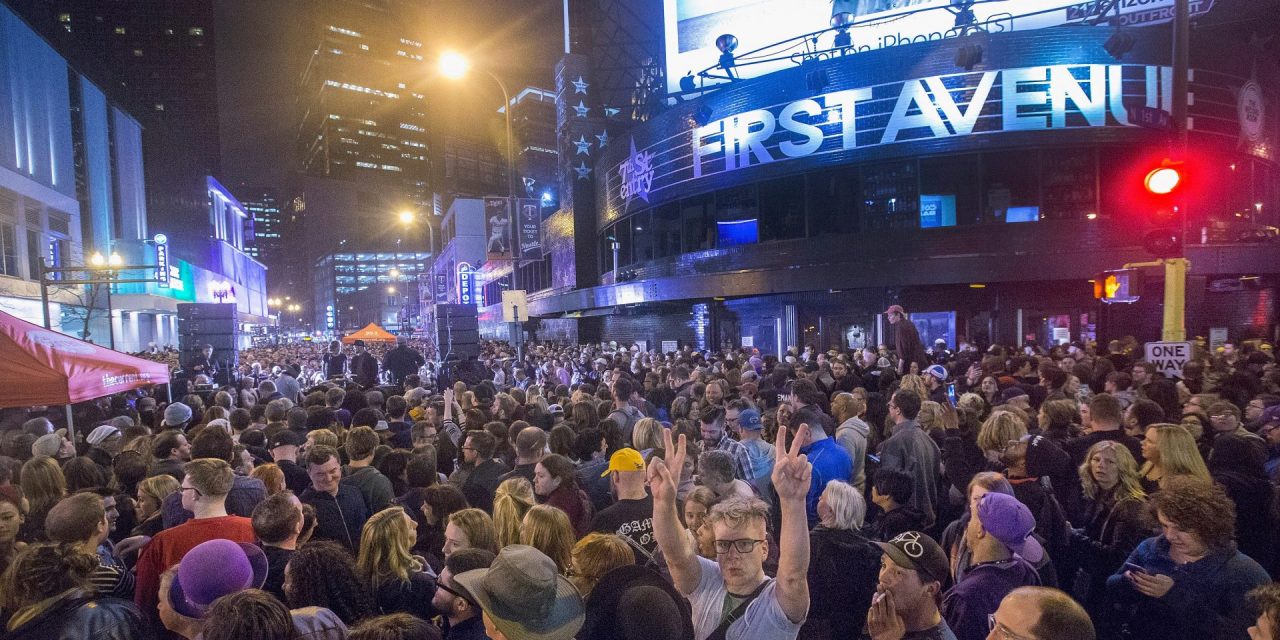 I WISH U HEAVEN: People listen to Prince music during a memorial street party outside First Avenue on April 21, 2016. (Getty Images) For 50 years, Minneapolis’ First Avenue has celebrated independence Few clubs stick around for 50 years. Even fewer remain independent. And fewer still drive the national conversation for decades. That’s what First Avenue, the iconic Minneapolis venue that’s proved pivotal for artists including Prince, Hüsker Dü, and Lizzo, while serving as one of the Midwest’s chief musical beacons, has done. “The mission remains the same as it has been for 50 years: to provide music and community,” says Dayna Frank, who has owned and operated First Avenue since 2009. “We operate under the same vision and values as we did in 1970, which is a place where everyone is welcome and where everyone can come and express themselves and be exactly who they are.” But while First […]
To access this post, you must purchase Subscribe to VenuesNow – 1 Year, Subscribe to VenuesNow – 2 Years or Subscribe to VenuesNow – 3 Years. If you are already a member of VenuesNow, please login here: log in