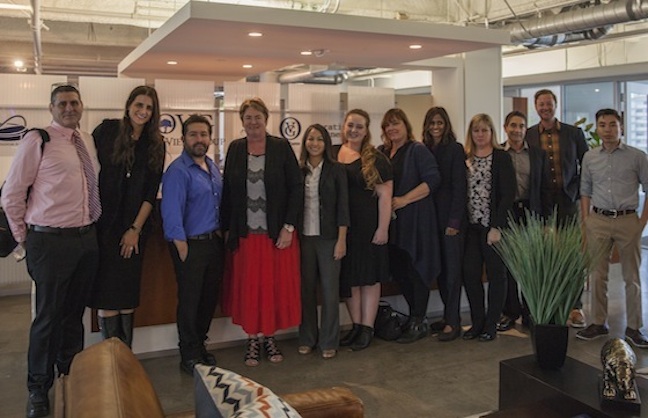 In his new role, Waddell will oversee the Venues Today print publication, venuestoday.com, the e-newsletter, VT Pulse, as well as the company’s directories and conferences. Venues Today founder, publisher and editor Linda Deckard will remain with the publication and continue to lead the newsroom as publisher.

“Venues Today is the voice of record for our industry and a key acquisition for OVG in bolstering our media portfolio,” said OVG CEO Tim Leiweke. “Linda is an icon in this business and has built an incredible brand and with Ray now at the helm the potential to grow that brand and its reach is unlimited.”

“I'll always be grateful to Billboard for providing me the opportunity to cover this dynamic industry, and I wish nothing but the best for the brand going forward,” added Waddell. “If I've learned anything in covering this business, it's that change is to be embraced, and I am thrilled to play a role in the game-changing vision of Tim Leiweke and the incredible OVG team. Stay tuned!”

During his three-decade run with Billboard, Waddell spearheaded the trade’s successful touring conference in addition to leading its coverage of the industry. With OVG, Waddell will oversee OVG’s move into the media and event sector and look to build out a robust conference program under the Venues Today brand.

“This is a tremendous opportunity not only for us to work with visionaries such as Tim and Ray, but to experience powerful growth for the Venues Today brand by tapping into OVG’s resources and expertise,” said Deckard.

For more information about the acquisition, click on the video below.