VIDEO: One-on One with Kamilah Forbes 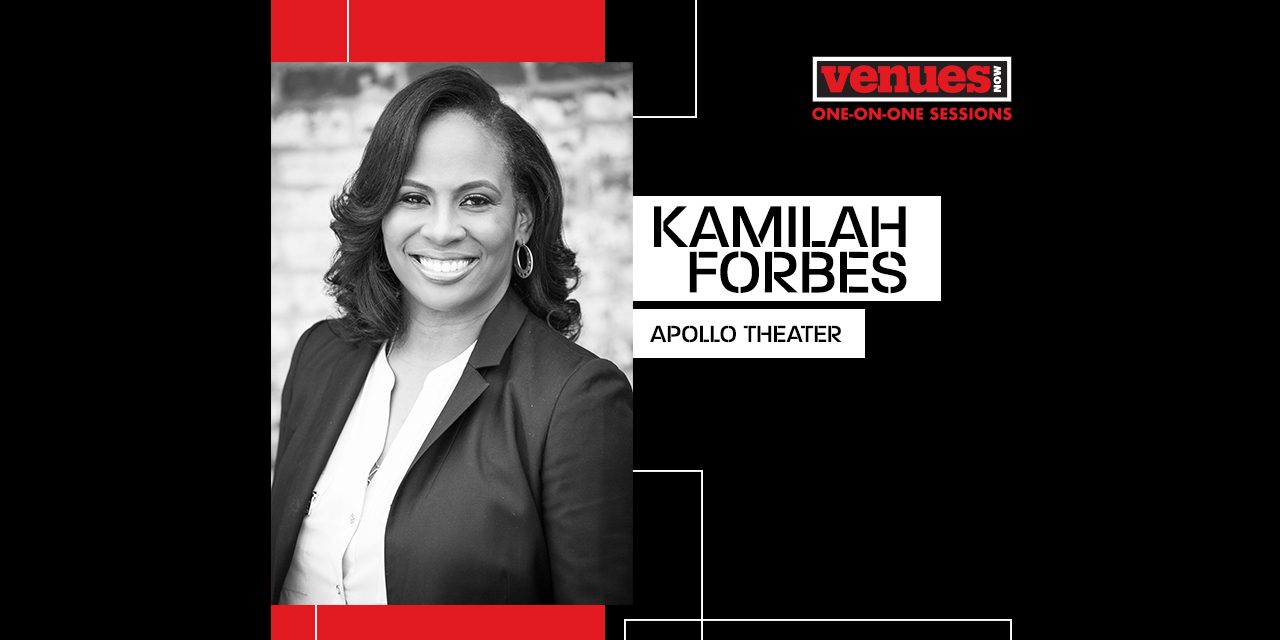 Apollo Theater Executive Producer Kamilah Forbes Kamilah Forbes is the Executive Producer of the ‘World Famous’ Apollo and an award-winning director and producer inspired by and committed to the development of works by, for and about the Hip-Hop generation. She co-founded the Hip-Hop Theater Festival and worked on What’s Going On—the 40th anniversary celebration of Marvin Gaye’s seminal conversation with America (with John Legend as Marvin Gaye, Sharon Jones as Tammy Terrell); One Mic—a month­long multi­disciplinary celebration of Hip­Hop Worldwide; and Nas’ 20 Year Anniversary of Illmatic—a celebration of the classic hip­-hop album with 96 players from the National Symphony Orchestra. More recently, she co-produced an adaptation of Ta-Nehisi Coates’ National Book Award winner “Between The World and Me” with music by Jason Moran featuring actors Angela Bassett and Joe Morton and musicians Ledisi, Black Thought, Common, TI and  Killer Mike. TweetSharePinShareEmail0 Shares
To access this post, you must purchase Subscribe to VenuesNow – 1 Year, Subscribe to VenuesNow – 2 Years or Subscribe to VenuesNow – 3 Years. If you are already a member of VenuesNow, please login here: log in