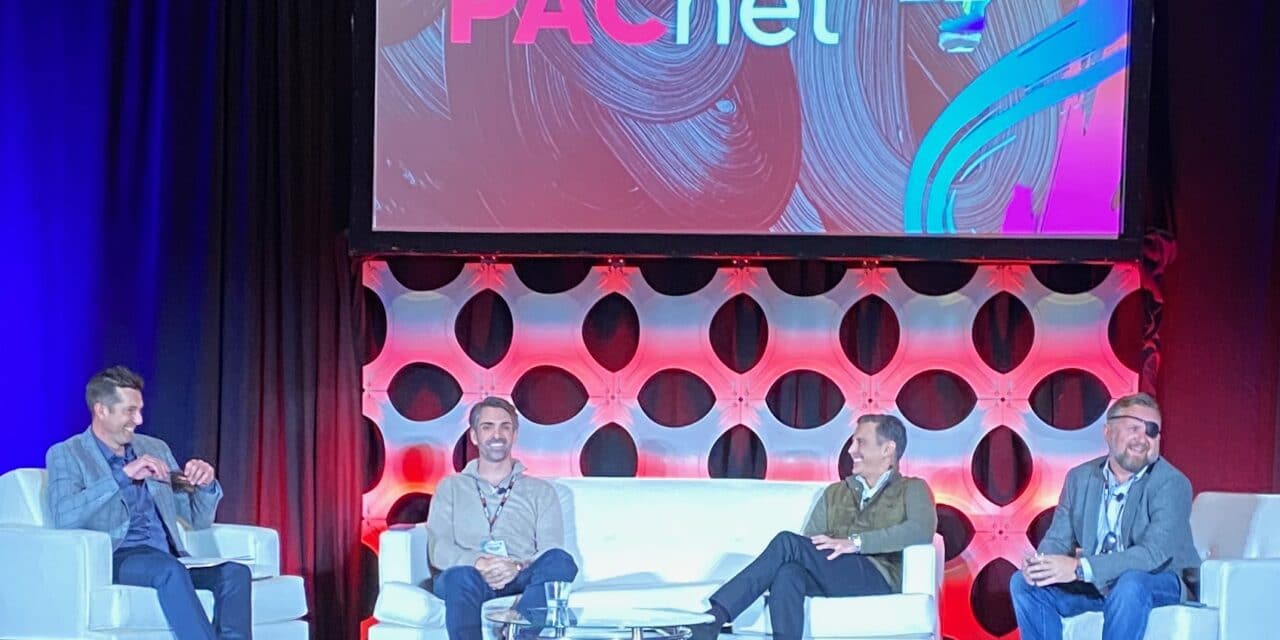 Confab was first in person since 2020

Non-fungible tokens were among the topics du jour as PACnet ’22 returned to an in-person conference this week, with a partnership between Paciolan parent company Learfield and NFT-centered tech company Recur timed to the start of the annual confab’s panel sessions.

In her conference-opening remarks, Paciolan president and CEO Kim Damron said there were plenty of examples in the last year of the company’s clients taking advantage of pent-up post-pandemic demand.

Among other examples she cited include Spokane Arena selling out the Seattle Kraken’s inaugural exhibition game with over 10,000 tickets moved in about 20 minutes and Paul McCartney selling out the building in 30 minutes last week, the Red River Showdown between the Texas Longhorns and Oklahoma Sooners selling over 92,000 digital tickets at Cotton Bowl Stadium, which Damron called “the most seamless digital ticketing event to date.”

“There’s a lot of good news but there are also challenges,” Damron told the assembly of over 500 attendees. “The Great Resignation peaked in 2021 and frankly it continues today. We have been hit really hard in live entertainment and sports.”

That leaves those who are left with more on their plates, like Elizabeth Gray, executive director of the Oklahoma City Civic Center Music Hall and her staff.

“On New Year’s Eve, while ‘Mean Girls’ was on stage, they had a leak in the basement with no available staff to help,” Damron related. “Elizabeth was literally knee-deep with any staff that could help to fix the leak so it wouldn’t disturb the show. That is a perfect example of how everyone in this room has done whatever it takes to bring live entertainment back.”

This year’s conference including an extensive personal development track aimed at combatting some of the woes — doing more with less, coping with burnout, staffing shortages — that have marked the pandemic era.Highlights included a leadership and career development panel discussion featuring Martin Jarmond and Mike Bohn, directors of athletics at UCLA and USC, respectively, and a session on defying burnout featuring leadership life coach Jaci Anderson.

As for the Learfield-Recur deal, terms were not disclosed for the multi-year agreement, described in an announcement as a “long-term enterprise relationship” aimed at bringing to market collegiate digital products and collectibles via Recur’s NFTU.com, which goes live March 14.

Recur and Learfield’s companies, including Paciolan, will work along with partner universities on delivering NFT products like commemorative tickets. NFTU.com will be integrated into athletic department website’s through Leafield’s Sidearm Sports. Recur will also be involved with the management of student-athlete NFT opportunities, including those centered around name, image and likeness (NIL).

“NFTs are now mainstream, specifically in the sports industry,” said Keith White, Paciolan’s chief technology officer. “Think of it as a unique digital asset. It has a unique identifier and a footprint on it. We’re going to be offering NFT commemorative tickets to the fans. Those may be valuable, they may be resold, they may be more of a commemorative token that enriches the fan experience, but the beauty of an NFT is it’s a digital asset that can be added to or augmented later.”

“The sports industry is driving that number, but more importantly, this year alone, over five million sports fans are going to either buy or be gifted an NFT. It’s time for us to be able to offer a lot of the capabilities and the upsell opportunities and the fan engagement opportunities NFTs provide.”

During a panel discussion, Recur co-founder and co-CEO Trevor George, who came from merch licensing in the physical space, said the first question he asked himself about the NFT space was, “Is it a fad?”

“More people see our collectibles and the things we own, the brands we wear and the cars we drive or whatever because of the pictures we take of them on social media,” he said. “We already live in a digital world.”

NFTs are just the way that people get to prove they own a digital asset, George said, adding that institutions are already getting involved in the collegiate space, pro sports and live entertainment.

“They are all coming, it just doesn’t happen overnight,” he said, stressing that the downstream royalty opportunities are potentially unending.

In one, entitled, “Ticket Sales Strategies and Proven Practices to Fill Venues,” Kosha Irby, chief marketing officer for Professional Bull Riders, told the audience that marrying the passions of ticket buyers with the events they are putting on makes for effective marketing.

“How do you align your product with a person’s passion point? That is what (event) marketing is today,” he said.