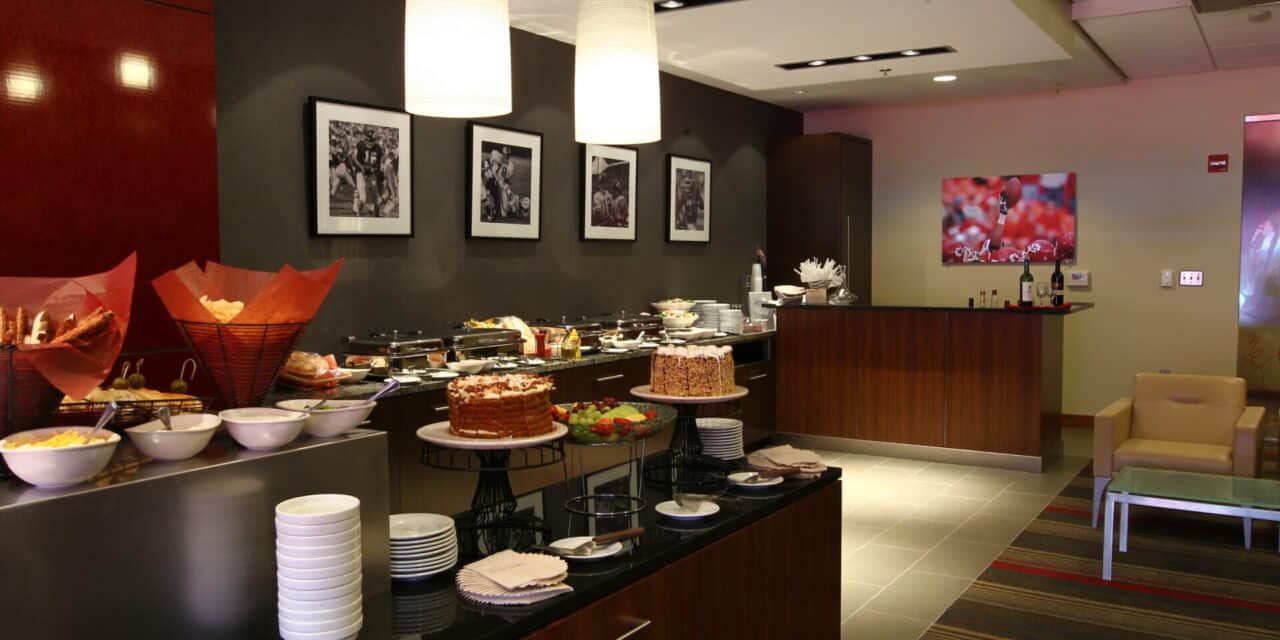 NEW YORK — The demand for premium seats in the big leagues is shifting to more single-game buys due in part to the pandemic and uncertainty over a shaky economy, according to a July 11 panel discussion at the Association of Luxury Suite Directors conference.

It all depends on the market, but even in Kansas City, where the Chiefs have made the NFL playoffs eight of the past 10 seasons, officials have seen a greater appetite for corporate entertainment tied to individual games over signing long-term leases for suites and club seats.

“Even with our success and in-bound calls, where we are with COVID and the financial climate, we’re seeing clients spend two to four times as much for one event vs. (signing) a long-term lease, because they don’t know what the future holds anymore,” said Anthony Matthies, the Chiefs’ senior director of premium sales.

“We’re seeing a lot of that now,” Matthies said. “We’re capitalizing on short-term revenue. It might make sense to have more single-game rentals. We used to have up to 20 suites available on game days because we couldn’t sell long-term leases, but now we’re in a really good spot. You want to make sure you put yourself in the best position and the best scenario for us is having five suites at the most for those rentals.”

In addition, companies have implemented COVID-19 health and safety protocols with restrictions, which has crossed over to corporate entertainment and changed the dynamic for event-driven hospitality.

In many situations, clients now use game tickets and suites for their employees only and have eliminated the premium setting as a prospecting tool, said Morgan Denton, founder and CEO of Event Finders, a firm that helps teams manage corporate ticket inventory.

As a result, things have reached the point to where there’s no primary decision maker determining who gets access to suites. It’s now a situation where multiple departments collectively make that decision, said Greg Crawford, Barclays Center’s director of premium development.

“Pre-COVID, it was all about ‘how do we get in front of clients’,” Crawford said. “One of the biggest law firms in (New York) has a six-figure spend with us and there’s no client entertainment whatsoever. They strictly use it for partners and associates to get together that otherwise wouldn’t have been in the office all the time. It’s something that I wouldn’t have proactively reached out to them before COVID and now they’re coming to us to help figure out those solutions for them.”

Apart from the ALSD session, a pair of ticket management vendors confirmed the shift in corporate entertainment coupled with the emerging trend of teams willing to resell suites online in the open market.

In the corporate world, with record inflation, fear over a recession is much higher now compared with six months ago, they said. Companies are preparing for a potential downturn, which has affected their discretionary spend at sports events, said Troy Tutt, head of strategic partnerships for TicketManager, which manages premium ticket inventory for multiple Fortune 500 firms.

For individual games, those clients are gravitating more toward purchasing hybrid products such as loge and theater boxes, sold in groups of four to eight seats.

“Companies want more flexibility and that’s the end result of contract disputes and issues around COVID,” Tutt said. “A big change we’ve seen happen fast is companies are starting to resell  their unused tickets. They’re being challenged by their finance teams to prove the business impact of what they’re buying … knowing that only 50% to 60% of tickets are being used.”

It’s a skittish market right now as more companies bypass long-term suite commitments, said Scott Spencer, president of Suite Experience Group, which has deals with about 30 teams to sell single-game suites. There’s still value in the suite experience due to the privacy aspect in the COVID era, but Spencer said companies still don’t have a good read on whether their employees will still work in the office three years down the road.

“You put those two (factors) together, that means there’s more suites available to sell game by game,” he said.

Conversely, many teams have found a net benefit by selling more single-game suites at a higher price incrementally, Spencer said.

The Carolina Panthers are one example, as detailed by ALSD panelist David Nelson, director of premium sales and service for Tepper Sports and Entertainment, parent firm of the Panthers and Major League Soccer’s FC Charlotte.

Two years ago, during the height of the pandemic, The Gallery, a field-level hospitality space debuted with a dozen bunker suites in the south end zone at Bank of America Stadium. The team had 12 buyers ready to spend $1.2 million over a four-year term for those 10-person suites. In the end, officials reserved two suites for single games at a cost of $60,000 per game, Nelson said.

“That was a no-brainer,” he said. “It’s our most elite product. I thought we were going to have a lot of existing suite holders move down there. What we found is they all wanted to keep their suite upstairs and bought a second suite at The Gallery to entertain in different ways. They kept relationships in the traditional suites.”

For the coming football season, Tepper Sports is capitalizing on The Vault, a new tunnel club at midfield with field-level seating that’s part of the $50 million stadium retrofit to accommodate FC Charlotte. For NFL games, sideline regulations reduced available inventory to 94 of the 174 padded leather seats distributed in two rows along the north sideline. All 94 seats were sold as season tickets for Panthers games at a cost of $15,000 a person on top of a $25,000 PSL, with three-year terms, Nelson said.

As of this week, Tepper Sports was in discussions with the NFL to determine how things will work logistically with the new field-level inventory and whether they can sell additional club access for fans sitting in multiple sections on the 100 level.

For concerts, special events similar to a single-game buy, the group sells access to The Vault for $250 to $300 a head, covering the cost of food and drink and the use of private restrooms. Bank of America Stadium has five concerts booked this summer.