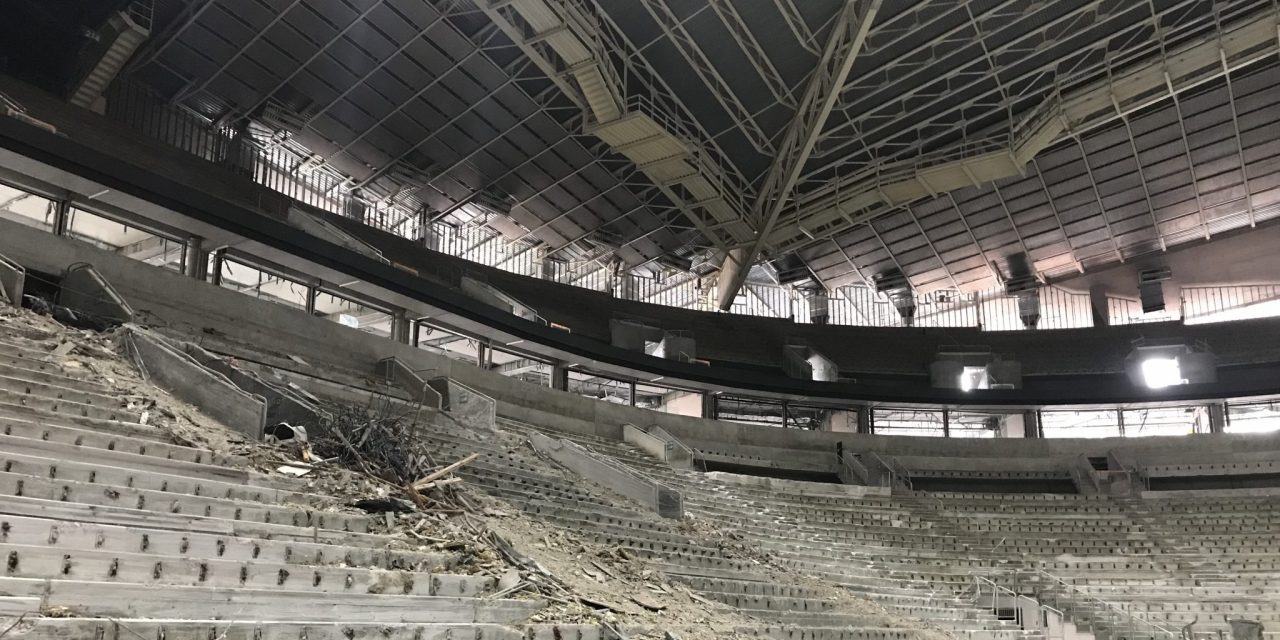 Seattle Center Arena has been prepped for interior demolition, but the roof will remain above as the work goes on. (Tim Newcomb) Ownership group’s Tod Leiweke: “We realize how epic this project is” SEATTLE — The leaders behind the effort to remake Seattle Center Arena in time to host the expansion NHL Seattle franchise’s first season in 2021 are clear to call the project a new arena under a historic roof. This is no renovation. And now OVG-Seattle, the group leading the privately financed upgrade, has a fresh price tag to go with the rebuild effort: between $900 million and $930 million. During a tour of the early demolition work inside the arena, Tod Leiweke, CEO of Seattle Hockey Partners and part of an ownership group led by David Bonderman and Jerry Bruckheimer, revealed that the OVG ownership group has finalized the cost of the project, which was originally estimated […]
To access this post, you must purchase Subscribe to VenuesNow – 1 Year, Subscribe to VenuesNow – 2 Years or Subscribe to VenuesNow – 3 Years. If you are already a member of VenuesNow, please login here: log in