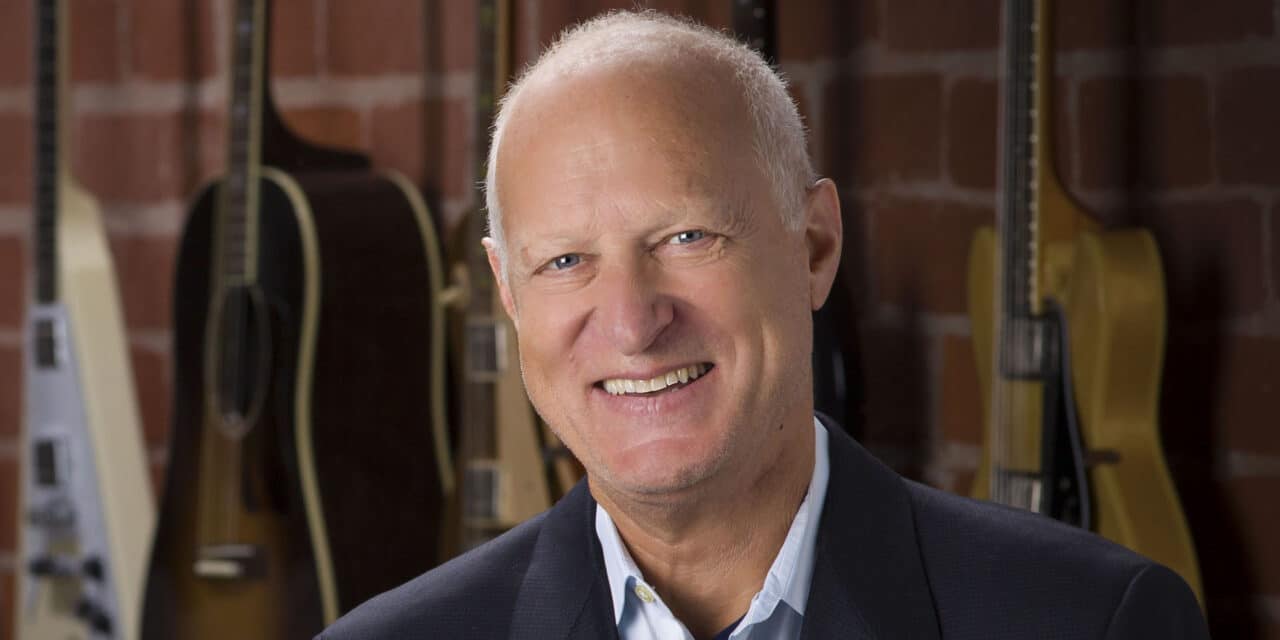 Leading his company into the future, two years after completion of merger

ASM Global President and CEO Ron Bension joined the company, which formed in a merger between AEG Facilities and SMG in October 2019, just a few months ago in March, but he’s hit the ground running as the facilities industry begins to emerge from COVID-19 shutdowns around the world.

What the shutdown has meant to the company, he says, is that it has given the team “time to reflect upon our going into the merger and what we really have to offer and look at the value proposition that this company provides.” That’s a lot to consider for a company that operates, and in many cases owns, about 325 venues at press time — and that includes an increase of about 10% with new buildings coming into the fold even during the pandemic.

Bension came to ASM Global with four decades of experience, most recently through his time at Live Nation and House of Blues and before that with executive roles at public and private companies including Tickets.com, GameWorks, MCA Recreation Group and Universal Studios Hollywood.

SMG and AEG Facilities completed their merger in October 2019, five months before the pandemic hit. That must have been quite a time for the company.
On Oct. 1, ASM Global celebrated its second-year anniversary of the merger between AEG Facilities and SMG. When you think about it, for 18 months out of those two years, the industry was essentially shut down. But what’s been amazing to me and why I really am loving what we’re doing here is that during that period of time, ASM Global closed nearly 30 new venue deals. That’s a remarkable number. It’s staggering.

To what do you attribute that?
To me, it’s a testament to ASM’s reputation and the years of experience in bringing financial, food and beverage, and intelligent content to customers around the globe. And it took me a while to realize why we were able to get almost 30 venues in that period of time. ASM has a global footprint  with 325 buildings all around the world. With that comes great leverage and business intelligence — we know more about these industries than anybody, whether it’s in purchasing leverage or in content acquisition. And that scale benefits our clients. But what’s more important is the local execution where we have boots on the ground at every single venue, in every single market we operate, whether it’s in Bahrain or in Los Angeles.

In some ways, AEG has been in the real estate business, owning many of its venues, and SMG’s wheelhouse was more traditional facility management. How are you approaching those two different models under one roof?
We’re in the process of combining. But I think the takeaway is that we are investing in real estate, investing in venues and we’re in the facilities management business. We’re capable and have the financial wherewithal to do anything within that compendium of opportunities. All of our buildings in Europe are leased, so we have this risk and we manage those buildings on our own accounts. We have several buildings in the United States that we’ve invested multiple millions, mid-double-digit millions, of dollars in and have an ownership perspective. And then there are a lot of buildings that our clients just want us to manage. No one’s going to own a convention center except a municipality, and we run something like 200 of them. You’re going to always have this mix of management versus lease versus equity contribution. And we’re happy with any of those three. 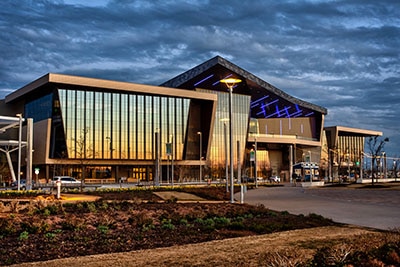 ADDING TO THEIR NUMBERS: The Oklahoma City Convention Center, which opened in March, is among the buildings that ASM Global has signed on to manage in recent months. (Courtesy ASM Global)

You’re not only merging two major venue operators but two companies’ cultures. How are you bringing all the people and operations together in a unified vision going forward?
That’s where I come in and it’s been top of mind. I’m visiting venues on a regular basis. I’m holding regular town hall meetings with our people. We’re sharing more information than they have ever had. We’re exposing our team members to the kinds of information that I think makes them more informed about the company in general, but more able to do their jobs. I think that, as a whole, we’re focusing on results for our clients, whether it’s a fee account or an account where we have risk at the personal level, and all of those executional parameters are being disseminated around the globe. And I think from a communication point of view it’s our job, and the leadership job of the team, to be talking about a global business and move forward. And that’s what we’re going to do. We’re a company that is kind of committed to openness, honesty and moving forward.

You have a lot of irons in the fire, with established venues and others just coming or soon to be coming online in North America.
We’re very involved in a brand-new one at the Coca-Cola Music Hall in Puerto Rico and being part of Staples Center in L.A. Live. Now, we think we’re a great fit for those complexes where there may be a venue anchor and other retail entertainment components around it. So we’ve entered that market in a fairly big way, and we’ve been very successful. And we think that Fort Worth (ASM made a deal to operate the city’s historic district and stockyards in June) is going to be another one of those examples.

We’re seeing a lot of activity in the Middle East and Asia Pacific markets as well.
We have an incredible footprint in Australia existing with our Asia Pacific group out there. I think there’s 15 venues in that region. They’re all the best in class. The Sydney Convention Center, the Qudos Bank Arena. We’ve been able to enter the Middle East with the Bahrain International Exhibition Center. There’s about 1 million square feet in the Jeddah area, another 20,000 (capacity) arena in Saudi Arabia. There’s a lot of activity in that market. Again, we’ve got boots on the ground that are understanding that market and are able to navigate through that world. We entered into a high-tech sports complex in Hong Kong, which is an incredible complex of four or five sports. We’re going to be opening up an office in Asia in the next month or two and continue to expand our footprint in that market.

In addition to facility management deals and other expansion, you’ve been busy doing partnerships and sponsorships. An intriguing partnership is with Honeywell.
I think this is probably one of the more exciting things that ASM has done and continues to do for its family of venues. What we’re doing as a technology leader, we’re not saying we know everything, but we’re bringing the No. 1 provider of certain technological expertise to our clients. With Honeywell building systems and all of the infrastructure technology, there’s not anybody better than Honeywell. We can introduce them to our clients and demonstrate the value of what they bring to the table, whether it’s a financial result or a health result or a reliability result. The same thing with Wi-Fi and the ability to expand that Wi-Fi at venues, which are always challenged from a Wi-Fi perspective. Then there’s facial recognition, in both entry and payment. We recently had a presentation by them and we’re all in on a couple of venues already where we think this will be an accepted means to either use it for entry or payment. So what we’re doing is putting together partnerships that are best in their field to introduce to our clients, to provide them with state-of-the-art technology advice and solutions to their needs or future needs.

There’s been consolidation in recent years across the spectrum of live entertainment, from promoters to agencies and to facility management, including Oak View Group (VenuesNow’s parent company) announcing plans to merge with Spectra and AEG Facilities and SMG merging to form ASM Global. What does that global competition mean to the industry?
If you look at the recent mergers, ASM Global is the industry leader in footprint, both geographic footprint as well as scale among venues and types of venues. We’re very confident and we’ve been honing this for quite some time. No one else has the scale, the business intelligence, the local execution and drive to provide value and financial results to our clients. And that’s what we’re focused on. We are focused on providing our clients with wins, on content with sponsorship, wins with operations, bringing VenueShield and our management at the local level. We have a food and beverage company that nobody’s ever talked about called Savor that provides catering and food service to the most iconic convention centers in the world. At Long Beach Convention Center, we’re hosting the Long Beach Grand Prix. We are hosting the Breeders’ Cup at Del Mar. We feel good about our ability to bring together all of our skills and all of the pillars of our value proposition, whether it is in content acquisition and marketing and in driving corporate partnerships at the venue level, revenue generation or F&B wins. We feel good about where we stand, within the industry, our momentum and our capabilities. And what we have is the test of time and credibility. From our 30 additions during the pandemic, I think we have the confidence of clients around the globe that we can deliver and execute against any competition.