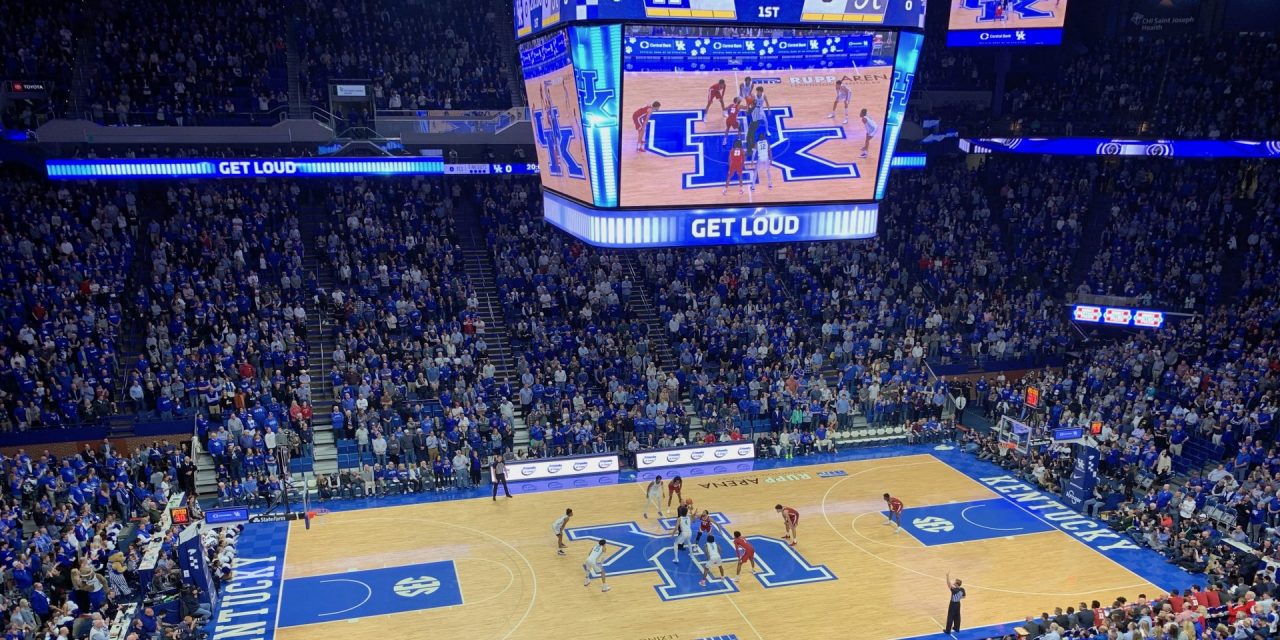 WILDCAT WATCHERS: Fans watch the tipoff of the Kentucky-Alabama game at Rupp Arena at Central Bank Center on Jan. 11. (Don Muret / Staff) Project at Lexington complex brings new comforts to Kentucky basketball fans LEXINGTON, KY. — The University of Kentucky holds a storied tradition in college basketball and a few of its fervent fans were celebrating early on a recent Saturday at the Hyatt Regency Lexington, which is attached to Rupp Arena at Central Bank Center. Mimosas flowed at the hotel bar and portable carts offered beer and hard liquor in the Hyatt lobby before the noon tipoff between Kentucky and Alabama. The Southeastern Conference school prohibits the sale of alcohol at sports events, including city-owned Rupp Arena, but the arena sits steps away indoors and the lobby serves as a de facto extension of Rupp’s main concourse.  Midway through 2022, the layout will change dramatically as part […]
To access this post, you must purchase Subscribe to VenuesNow – 1 Year, Subscribe to VenuesNow – 2 Years or Subscribe to VenuesNow – 3 Years. If you are already a member of VenuesNow, please login here: log in