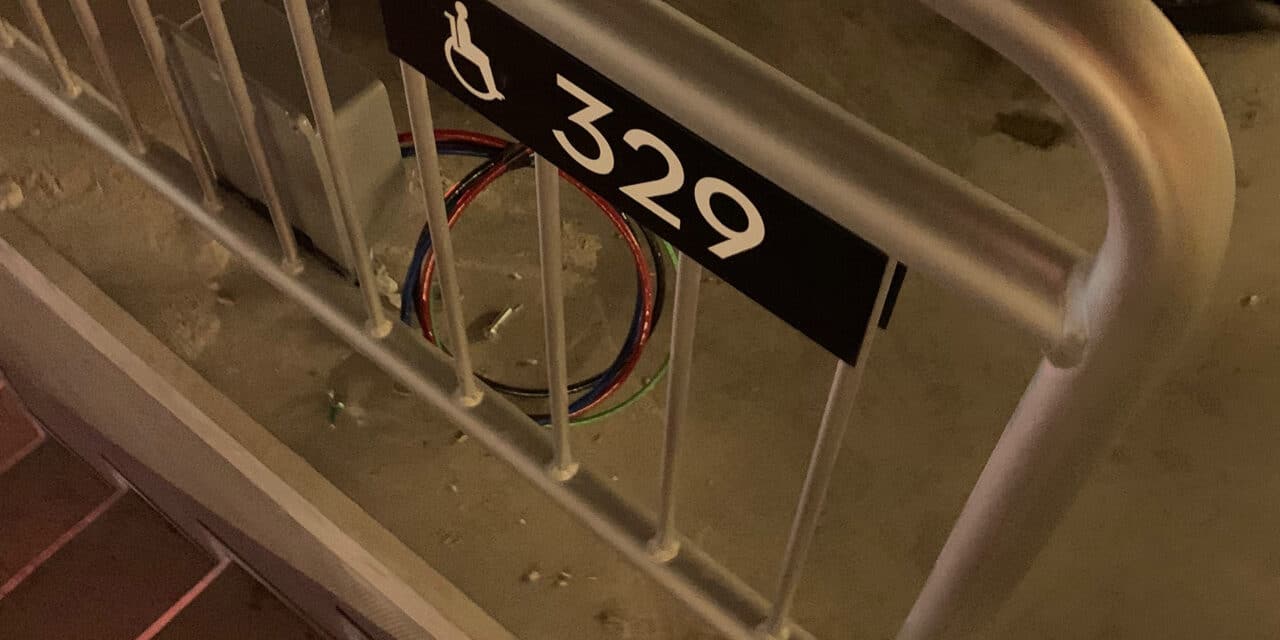 IT LIVES: The Islanders’ most passionate fans will be found in a section designed in part with safe-standing spaces, with soccer supporters’ sections in mind. (Don Muret / Staff)

Nassau Coliseum, despite its shortcomings as a dated 1970s-era facility, had one endearing feature that’s been brought over to UBS Arena, the new home of the NHL’s New York Islanders.

Back in the day, the spotlight was on Section 329, situated in the upper corner of the coliseum, behind the goal where the visiting team shot twice and above the tunnel from the ice to the home locker room.

The section became widely known for the Blue and Orange Army, a supporters group representing a collection of high energy season-ticket holders and die-hard fans. The tradition was carried over to Barclays Center, where the Isles played five years at the Brooklyn arena.

In a sense, the section became the NHL team’s version of the Black Hole, where some of the NFL’s most passionate and creatively dressed fans congregate in the end zone at Las Vegas Raiders games —- and before that, in Oakland and Los Angeles —- to intimidate the visiting team.

At UBS Arena, the Islanders and developer Oak View Group paid homage to Section 329. Don’t get confused, though; it’s sandwiched between sections 228 and 230 at the north end where the Islanders attack twice.

During the design process, the Islanders tweaked the section numbers to reflect the special relationship with the Blue and Orange Army, project officials said.

There are about 180 seats in Section  329 with the last few rows designed as safe-standing spaces with small flip-down seats sold as a season ticket for $1,079. The layout is similar to outdoor soccer stadiums in North America and in Europe where safe-standing seats are common for supporters sections in the end zones.

“This will be one of the best spots in the arena for hockey,” said Mike Sciortino, UBS Arena’s senior vice president of operations and assistant general manager.

The Blue and Orange Army was part of conversations early in the design process. Major League Soccer teams have done the same thing for years to get fan input on facility development.

Much like the soccer version, there will be chanting, singing songs and banging on drums among Section 329 inhabitants.

“It’s intended to accommodate those fans who probably aren’t going to sit down a whole lot during hockey games,” said Kurt Amundsen, senior principal with Populous, the arena architect. “It’s going to be an uncomfortable place to play for visiting teams because of that little section right there. Everyone is going to know they’re there.”

A large concessions space, the Tailgate Bar, sits directly behind Section 329, which is situated at stage end.

Section 329 is thought to be the first safe-standing section for a big league arena. Some college basketball arenas have the same functionality for student seating, he said.

“Some of those arenas have incredibly steep seating bowls behind one one basket to distract the visiting team shooting free throws with a wall of fans behind them,” Amundsen said. “This is a little bit of a play on that.”