The Soul of the Building 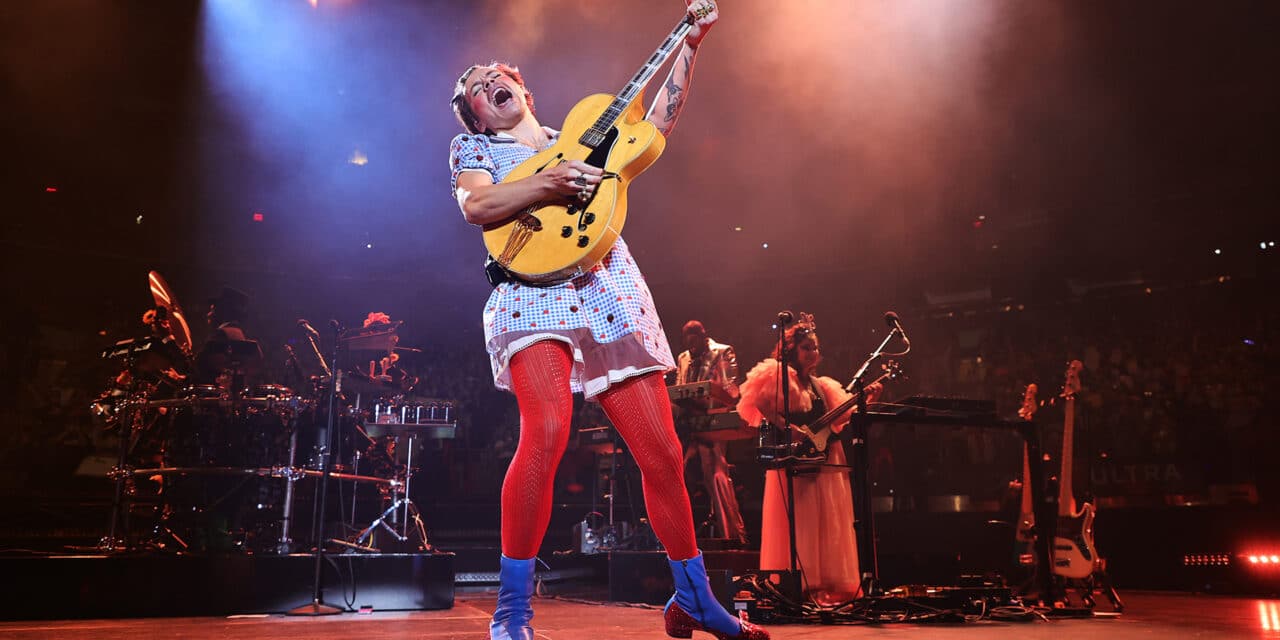 GRAND OPENER: Harry Styles (as Dorothy at a Halloween concert at Madison Square Garden) will perform the first public concert at the arena Nov. 28. (Getty Images)

There’s nothing like a New York arena play, and artists visiting the market now have five to choose from: Manhattan’s iconic Madison Square Garden; Brooklyn’s Barclays Center; Prudential Center, across the Hudson River in Newark, N.J.; Nassau Coliseum, the New York Islanders’ old home, which went through a $165 million renovation; and the new UBS Arena, the Long Island venue located just east of the city in Elmont, N.Y., which will host its first public concert – pop star Harry Styles – on Nov. 28.

As UBS Arena debuts in America’s most populous metropolitan area, home to more than 20 million people, Mark Shulman, the venue’s senior vice president, programming, will help secure world-class acts and events to complement the games of its NHL tenant, the New York Islanders, and lure in legions of prospective artists and fans.

Shulman arrives at UBS after 17 years at AEG Presents (the final three as senior vice president of AEG subsidiary The Bowery Presents) with a wealth of knowledge about what makes the market tick — not just for fans in New York City, but for those in surrounding locales like Long Island, southwest Connecticut, and Westchester County.

When VenuesNow, whose owner, Oak View Group, is the developer and part of the joint venture that owns UBS Arena, connects with Shulman in early November, he’s marveling at the sprint to the finish as the arena’s construction team puts the final touches on the venue.

“These days, from the morning to the afternoon, things change dramatically,” he says. “The building is getting its soul.”

It’s a soul that’ll soon be on display to the masses, with performances on the books in the coming months ranging from country star Eric Church to rock legends Genesis to colorful comic Sebastian Maniscalco. Shulman shared his thoughts about the market, the venue, and the types of programming he wants to bring to it.

How did you end up in this role at UBS?
Early in 2020, I had made the decision that it was time for me to seek something new. I actually put in my notice [at AEG] in February of 2020 and I gave five weeks notice. … When the opportunity came up to work on the UBS Arena, it became a no-brainer. This was the opportunity to bring this amazing venue to life – to introduce it to the marketplace was an opportunity that I could not turn down. It’s been an incredible experience; it’s enabled me to continue to grow in my own experience while bringing so much of what I know as a promoter to the venue. I’ve drawn upon that in working with promoters in the marketplace, all of which I’ve known for a very long time, to create what we believe will be the most promoter-friendly venue possible.

What will make it the most friendly to promoters, in your estimation?
Our tagline for the venue is “Made for music, built for hockey.” It’s not a sports-primary venue. It is a sports and music-primary venue. … As we built out our team, it’s highly experienced concert professionals … staffing it in a way that people have experience on the promoter side, so they understand that which the promoter is trying to achieve and how we as a venue can help amplify and augment their efforts.

What promoter lessons did you learn at AEG and The Bowery Presents, and how are you applying them at UBS?
We as promoters always are doing our best to satisfy the artist’s vision. Oftentimes, particularly in bigger markets, when you would try to do that, there were impediments at the venues. It turned into a lot of “you can’t do this” and “you can’t do that.” We want to be a venue where 99% of the time, unless it’s a safety issue, the answer is “yes,” and we’re going to figure out how to make it happen.

What differentiates New York City proper from Long Island, and how are you taking that into account as you set about establishing UBS Arena?
UBS Arena is going to reshape the way artists play in New York. While we are on Long Island, we are literally on the border of Queens and Long Island. Opening [in November 2021] is the new Elmont, Long Island Rail Road train station, the first new Long Island Rail Road stop in 50 years. The station is going to service four different train lines, so you’re going to get from Penn Station [in Manhattan] to this arena direct in 30 minutes, and then it will continue all the way out Long Island depending on your destination. You couple that 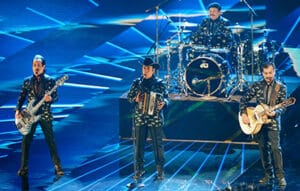 EYE OF THE TIGRES: Los Tigres del Norte, shown in a 2020 performance, will perform March 12 at the arena. (Getty Images)

with thousands of parking spaces and this tremendous rideshare lot that we’ve worked with Lyft and Uber to develop, and you now rethink where people will gravitate. We believe that we’re going to be the closest and easiest access venue for a wide swath of that New York area – not just Long Island, but Westchester, southwest Connecticut, Queens, Bronx, etc. The incredibly large and diverse fan base within 30 miles of this venue makes it so that at any time on any artist’s routing, it can fit in. It’s just a matter of where else they’re playing, and I don’t believe it in any way negates anyone playing anywhere else, because you will see artists who will play all of [the New York market arenas], and every different permutation of these four different venues.

What’s your pitch for artists to play the venue? As a brand-spanking-new arena, you’re going to be able to accommodate the most cutting-edge tours, for one.
There is not a touring arena show on the planet that does not easily fit into this building. Its capabilities are unmatched. The production managers who have come in have just looked at it, and it’s like they can’t even believe what they’re seeing. Then we pivot to that artist experience in our artist campus. When they come in, they’re gonna have a very comfortable place to spend their day and prepare for their show. Then, lastly, when they get on that stage, the arena itself, it’s the largest lower bowl in the New York area. It’s a beautiful design, where the maximum number of fans are as close to that stage as possible. And we’ve had two acousticians working on the project, so what you will have is a great sounding show as well. You put all the pieces together, and we think it’s a winning combination.

New York City proper gets all the love and national media attention as this hotspot of music – and rightfully so – but Long Island has a pretty deep musical history itself.
It’s a very deep history, when you look at everything from 50 years of Nassau Coliseum, but also Jones Beach, legendary shows that happened at Belmont Park – a lot of people don’t even realize that so many shows actually happened at this site over the years. It’s a very hardcore, music-loving fanbase, a very deep history. We’re starting a new chapter for those fans, bringing shows that they previously needed to travel to go see to their backyard. And as fans get introduced to this venue, as it develops its personality, we know that we are going to set off in new paths that previously weren’t available to that incredible fanbase. We will, over time, follow the fans’ lead, because they are going to tell us with their engagement with the venue what they most want to see.

Your strategy will evolve as you see what fans respond to, but are you focusing on any specific genres? Or do you just want all the big arena tours?
I really wouldn’t say it’s either. In programming the venue, it is about unlocking genres and types of shows for all of our different diverse fans. That includes Latin shows, K-pop shows, classic rock shows. Everyone who lives in the area should feel as though they have a piece of ownership in this venue. I want everyone who looks at [the calendar] to find something that intrigues them.

How special is it to bring Harry Styles into UBS to open the venue up?
When we were able to share what this arena was about with Harry, he was enthusiastic about making it happen, and to be able to have him finish his tour at our venue is a tremendous honor. The show sold out immediately; the demand was off the charts. To have his dedicated, engaged fanbase be the first music fans to come into the UBS Arena is a completely magic combination, because we are going to be able to deliver to them a Class A experience to go with one of the greatest touring artists on the road right now.