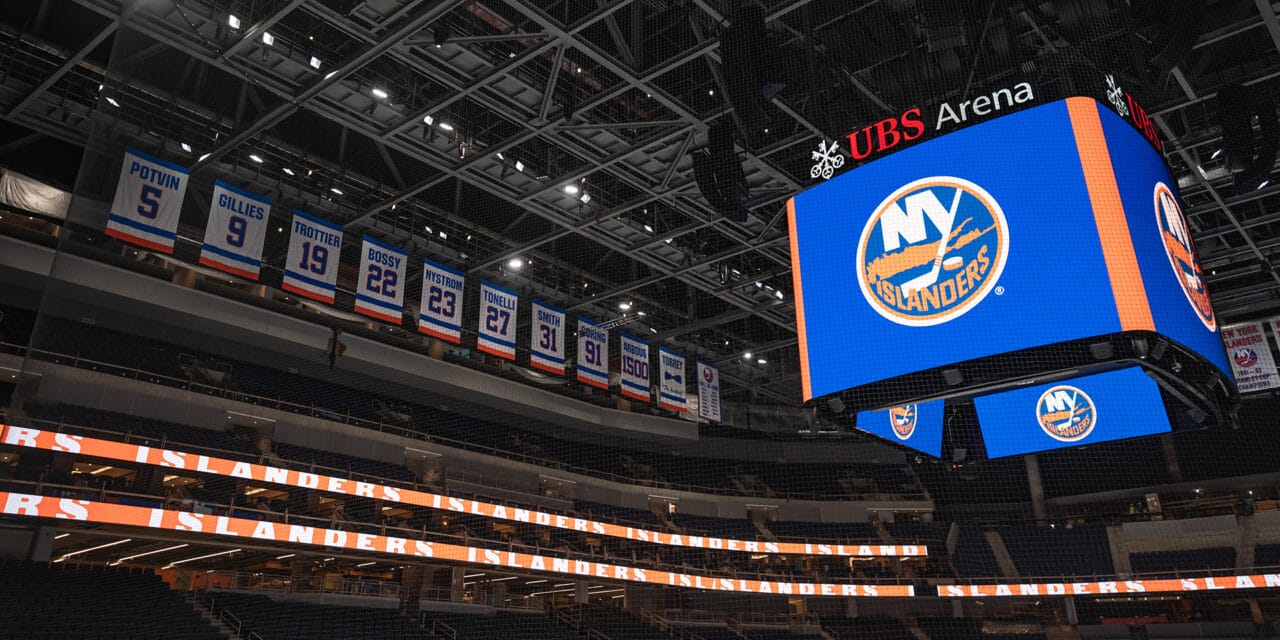 NAME IN LIGHTS: The brand of naming rights sponsor UBS is prominent inside and outside the arena. (Courtesy team)

The New York Islanders have generated close to $50 million in annual sponsorship revenue for UBS Arena, an impressive feat considering several deals were done during the pandemic and lengthy shutdown of live entertainment venues. 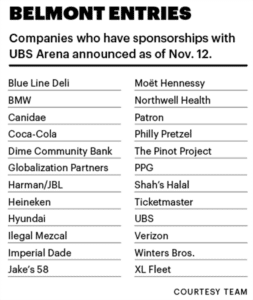 “Over a two-year run, we will surpass that number,” Pistore said. “In a competitive market, it’s an achievement to be able to sell from zero during the pandemic and a testament to Dan Griffis, Evan Levine and OVG’s team.”

The strategy was to sign as many global blue chip brands as possible to “make sure the project gets its due status in the ecosystem,” he said. “We’re trying to honor and respect their great fans that bring a lot to the game atmosphere, but elevate the brand profile.”

A few weeks before the Isles hit the ice on Nov. 20, more deals were in the works with potential partners in the gaming and cryptocurrency categories, Pistore said.

“We’re still in the evolving stages of the gaming space, understanding New York state has taken a very deliberate approach,” he said. “We’re on the cusp of waiting for the state and Belmont Park to get out front in terms of understanding the landscape.”

As of early November, OVG was close to signing a crypto partner, which is a fairly broad category, Pistore said.

It’s also a hot category as that form of payment technology evolves into a mainstream platform. One crypto firm, FTX, has signed multiple deals with teams and leagues, and bought naming rights for the NBA arena in Miami.

“Sponsorship is about brand affiliation and creating fan loyalty,” Pistore said. “I’m not an expert on their platform and other facets, but from a branding perspective, it can place an emerging category like that at the forefront.”

Whether a deal extends to using crypto as payment for tickets, concessions and merchandise at UBS Arena has not been determined. OVG and the Islanders would consider it if it was important to their partner, he said.