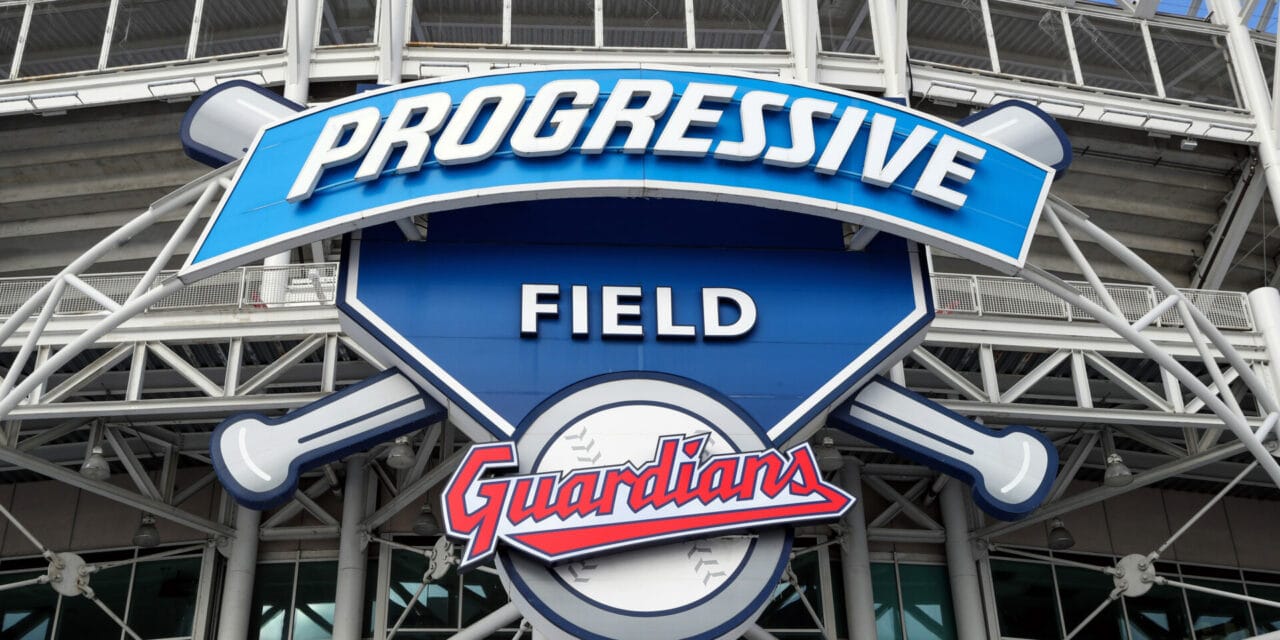 GUARDING BRAND: Progressive Field, home of the rebranded Cleveland Guardians, is set for a $435 million renovation. Manica Architecture is part of the design team. (Getty Images)

The struggle to fill jobs nationwide has crossed over to sports architecture.

Coming out of the pandemic, there’s a tidal wave of facility development as projects crank up again after getting put on pause. Six NFL teams are now targeting new stadiums and there’s a spate of new arena construction, practice facilities and ballpark renovations taking place in college and the pros.

As a result, design firms are competing to a higher degree to staff up, but they’re finding a smaller pool of experienced designers available that can make an impact on sports projects, according to officials with Gensler, Manica Architecture and DLR Group.

Part of the issue is replacing project designers that left the industry over the two-year shutdown of sports and entertainment and never returned. Some went to work for construction firms and developers, while others pursued other lines of work, they said.

On its own, Gensler is jammed with projects such as the nine-figure renovation of Crypto.com Arena in Los Angeles; Oak View Group’s $3 billion arena and mixed-use development in Las Vegas, where it’s teaming with Populous; and the competition to design a new NFL stadium proposed for the Tennessee Titans. The team initially hired Gensler to design a major overhaul of Nissan Stadium before deciding to build a new facility in Nashville.

“It’s an industry-wide issue, not just a sports issue,” said Ron Turner, a principal with Gensler and global director of sports and entertainment. “We’re doing fine, but what happened is a lot of people got laid off during COVID and didn’t come back to the profession. It’s not like you can call up all the people that were let go and bring them back. It’s not working that way and so it’s a little different this time.”

College graduates entering the job market are taking advantage of the shortfall. They’re demanding increased benefits such as unlimited vacation time and bigger bonuses. They can be more selective in what’s currently a buyer’s market, Turner said.

In Kansas City, considered to be the home of sports architecture, Manica Architecture is searching for fresh talent as the company starts working on Progessive Field improvements, a $435 million project, plus initial designs for proposed venues for the Chicago Bears and Arizona Coyotes.

Manica Architecture has roughly 50 employees, a relatively small shop compared with Gensler, HOK, Populous and HNTB, for example, among the firms with the biggest sports practice groups. 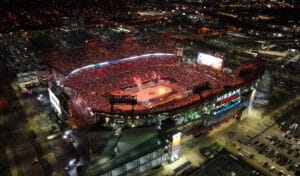 “I want to try to be careful with the amount of stress that I place on my team and make sure that I don’t burn them out with the work coming out,” said David Manica, owner of the company that bears his name. “We are in the market for a few hires but we’re not upside down in any way with regard to our staff.”

Manica has seen a void of sorts with college grads coming out of school following the pandemic. He said there’s not too many strong candidates right now, due in part to those young people having to learn virtually over the past two years as colleges shut down in-person classes. He senses a disconnect with the virtual education model.

“A big part of what we do as architects in the studio is about collaboration and pushing each other to get better and I’m not sure that’s been happening at the university level for the past few years,” Manica said. “They’re commanding higher salaries than I’ve ever seen before, which is frankly unjustified based on their experience and the level of quality, but that’s the market right now.”

To some extent, the issue dates back 15 years ago to the recession at a time when midlevel project managers and architects left the industry “that never really rebuilt itself,” said Don Barnum, a principal with DLR Group and global sports sector leader. The current situation has made the business “a little cutthroat” with firms poaching talent from competitors with greater frequency, Barnum said.

“There’s a limited pool of experienced talent and when we start taking it from each other, it adds (another) challenge,” he said. “The biggest challenge is keeping our staff happy and engaged. We’re hopeful that it’s not the almighty dollar determining where they want to go. We’ve had so many people go from one (firm) to another and six months later, they say it was the biggest mistake they ever made.”

DLR Group has 1,300 employees in 27 offices working across multiple building types. During the pandemic they’ve shifted staff around to fill gaps. In the sports division, nobody was laid off and designers that worked in other areas have returned to that group, Barnum said.

“That was a big advantage due to the diversity of our company,” he said. “We didn’t have to downsize and then come back up to full strength now that the pandemic is easing up and there’s a lot of opportunity out there.”

The issue of working remotely, as Manica mentioned, is a dynamic that separates the design world from other lines of business. The whole concept revolves around collaboration. It’s another variable affecting the job pool as more folks get accustomed to working remotely.

“When I talk to people about hiring them now, the first thing they want to know is if they can work from home,” Turner said. “We don’t prefer it but we allow it. In architecture, you work in teams and it’s really nice to have the teams there.”

At Gensler headquarters in Los Angeles, officials created a hybrid work environment. Over the past year, the sports practice has organized design exercises, called charrettes, which are common in the industry and take place in the office. Those half-day sessions provide flexibility for architects to spend some time in the office before going home, Turner said.

Still, about 80% of Gensler employees surveyed in-house are comfortable returning to work with the remaining 20% preferring to work from home, he said.

“It’s forever changed the job market and what people are looking for,” Turner said. “The mask mandate is gone now and we’re finding that a lot more people are coming back because of that. They didn’t want to come and sit in the office wearing a mask all day.”

DLR Group requests that its employees spend at least 24 hours in the office with flexibility for the remaining 16 hours of the work week. Even before the pandemic, there was no requirement to spend every working hour at the office.

“You don’t even know how much you can learn, whether it’s overhearing conversations, phone calls and being able to lift your head up and ask somebody a question instead of scheduling a Zoom call,” he said. “There’s a ton of inherent value in being together and working together.”

Manica Architecture designers returned to the office in July 2020, four months into the pandemic. In the early days of COVID, they all worked from home and David Manica noticed a slight change in the way they worked together as a team.

As quickly as they could without compromising safety protocols, Manica encouraged his designers to get back together. It’s much better being in the office, Manica said, and he’s bullish on the future of sports development.

“I do see our industry right now really taking a step forward,” Manica said. “There’s a lot of work out there to be had and we’re lucky to have won a lot of it after two years of ‘battening down the hatches’ and being very careful about how we spend money and overhead.”

Barnum said there are so many projects out there that it’s impossible to have enough staff available to try and take care of all them, which has DLR Group taking a closer look at which developments make sense for them to pursue.

Plus, costs have increased on each pursuit as design firms spend additional dollars on presentations, creating more graphics, animations and renderings to show vision to potential clients before they even know the scope of the project, Barnum said.

“Everybody wants to win every job out there and it’s making us fight each other harder and doing more in our proposal and interview process, even more than what it was before,” he said.